While staying in Theoule Sur Mer we were just a 15 minute train journey from Cannes. I have always wanted to go and see all the super yachts and the glamorous boutiques so after splashing out a whopping €5 on our 4 train tickets..and that was 1st class of course, it was an early start to catch the train.

I didn’t realise that Cannes is actually quite big and there are a lot of high street stores in the central area in comparison to the designer shops along the beach front and main marina. We had just missed the Cannes Film Festival by a day or two so the area was being cleared in the aftermath of that. We walked down towards the Marina and seen a fairground had been set up along the waterfront and there was a park much to the enjoyment of Olivia. 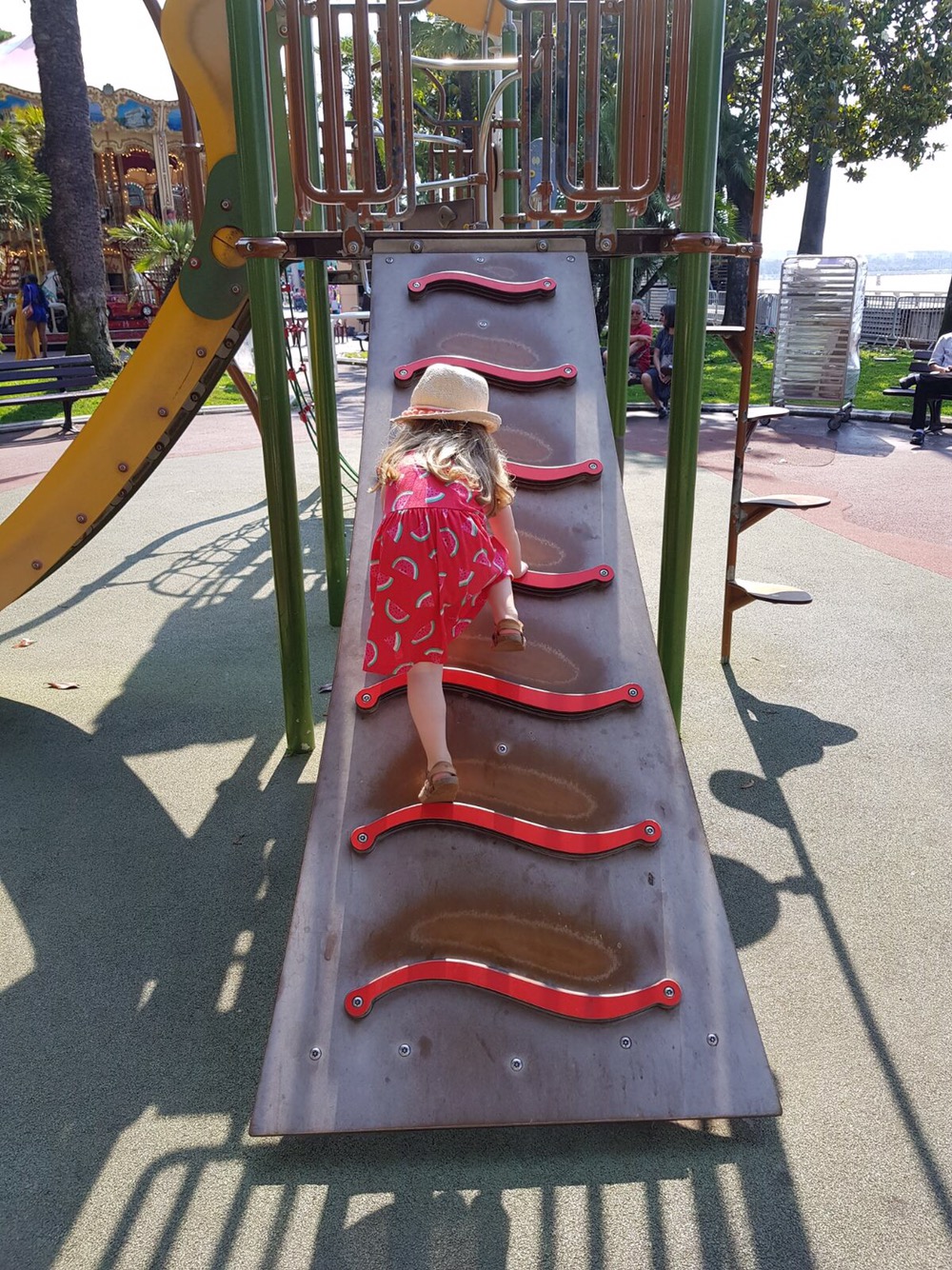 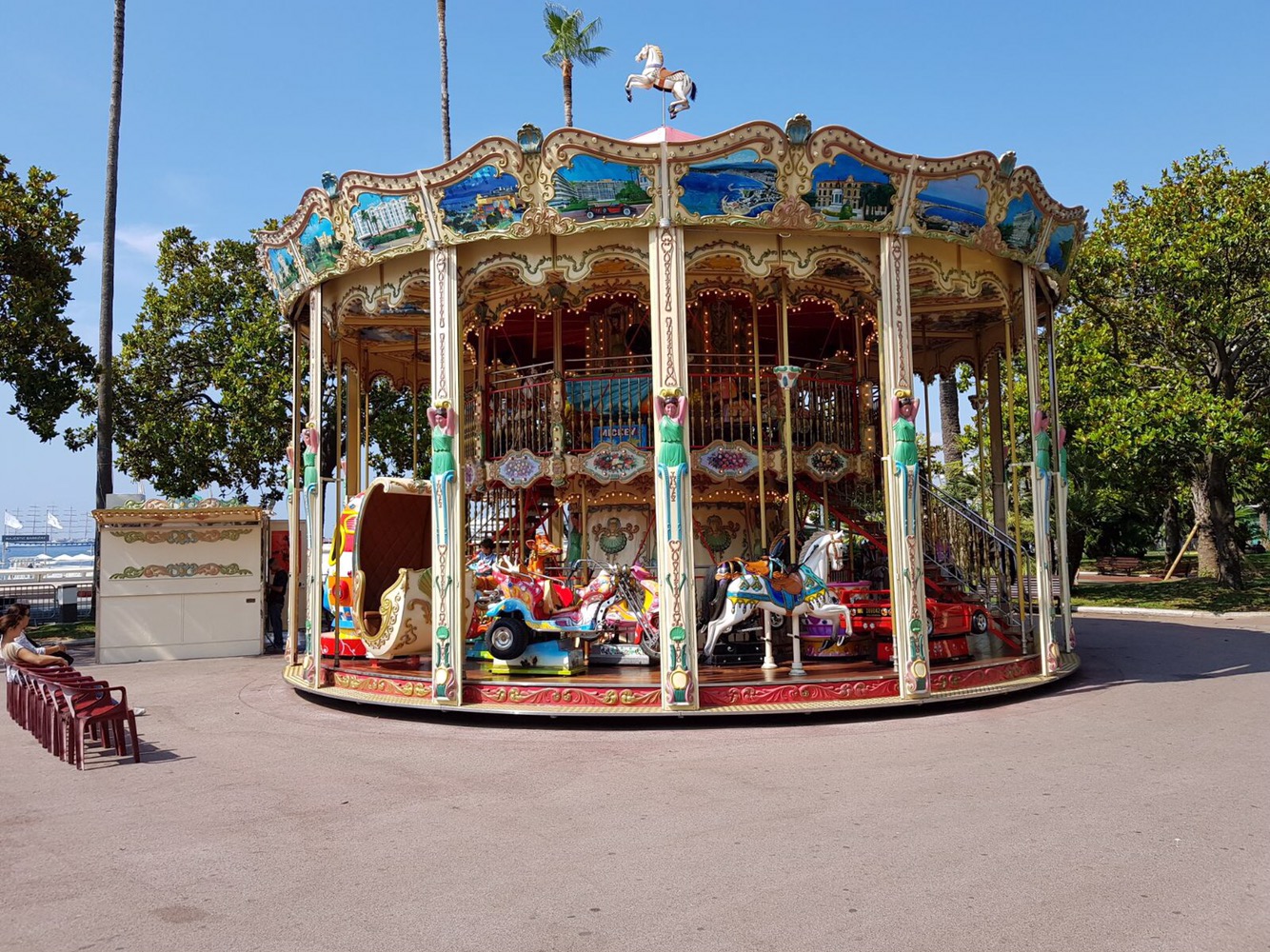 Walking amongst the greenery, flowers and trees was spectacular. To see the area all out in bloom was fabulous and it was like something from a film itself. There were cute little status’ and a little pond which a lot of people where splashing themselves with the water from as it was so hot with no real sea breeze around that we had been experiencing in Theoule Sur Mer. 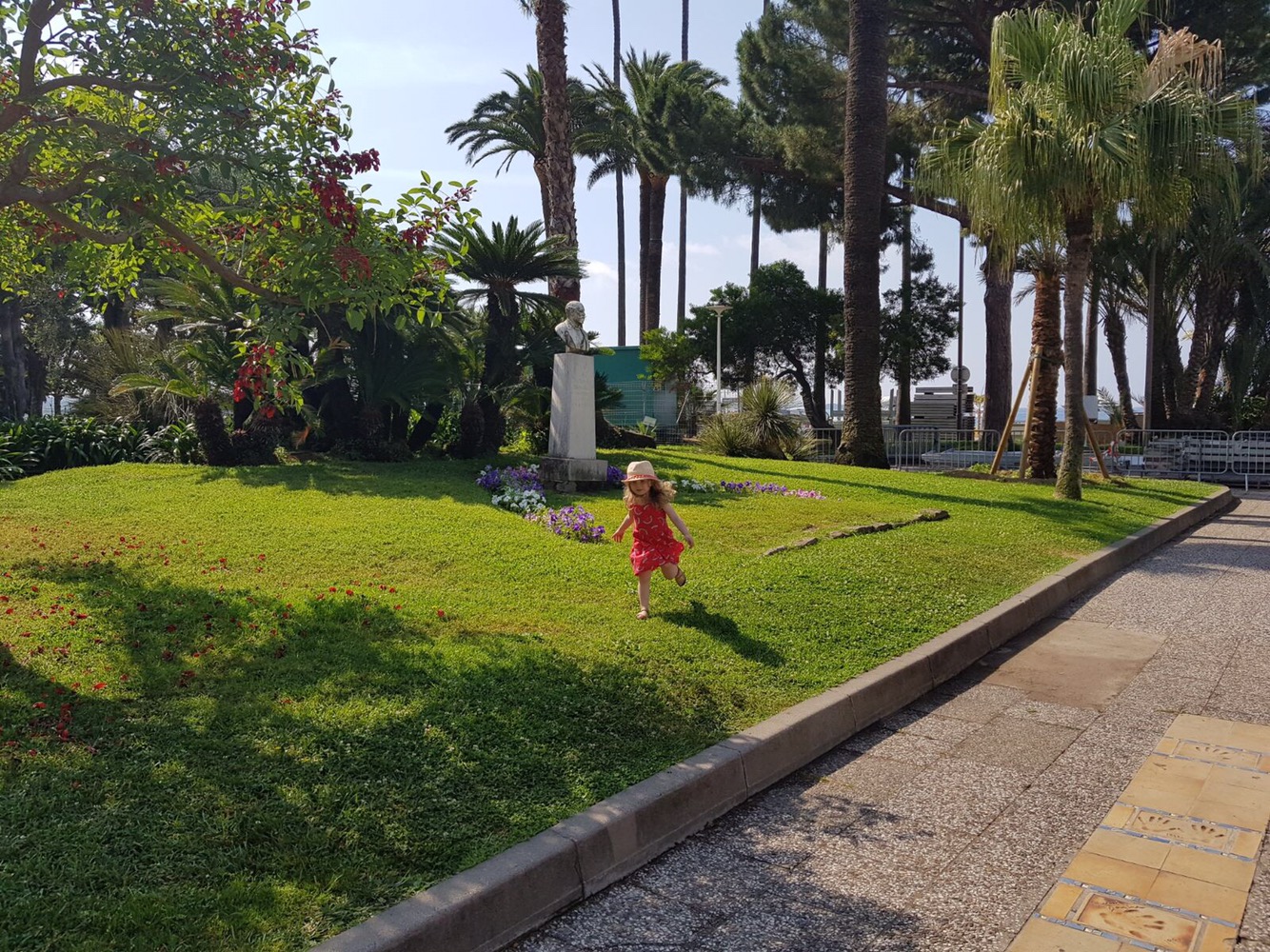 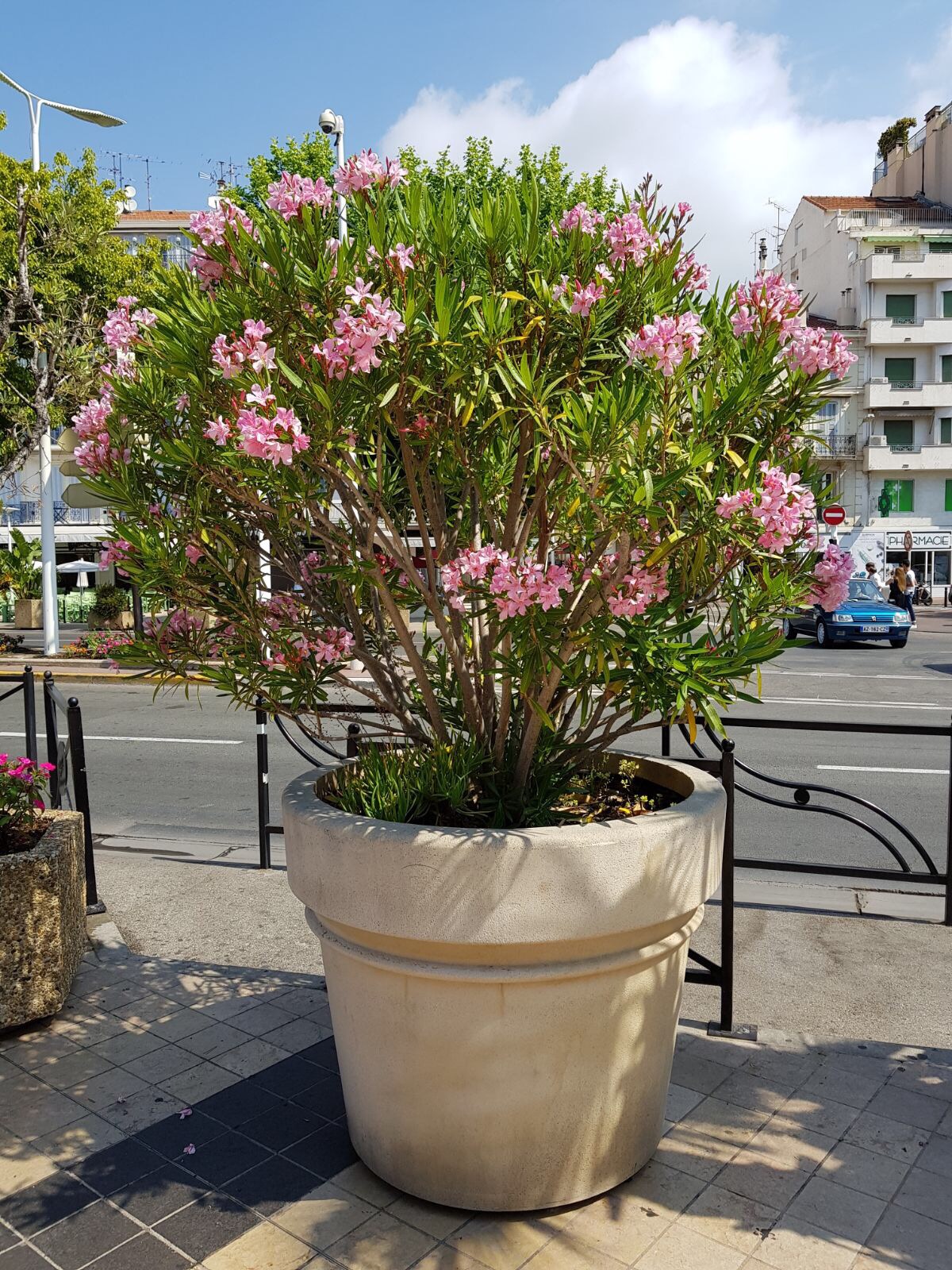 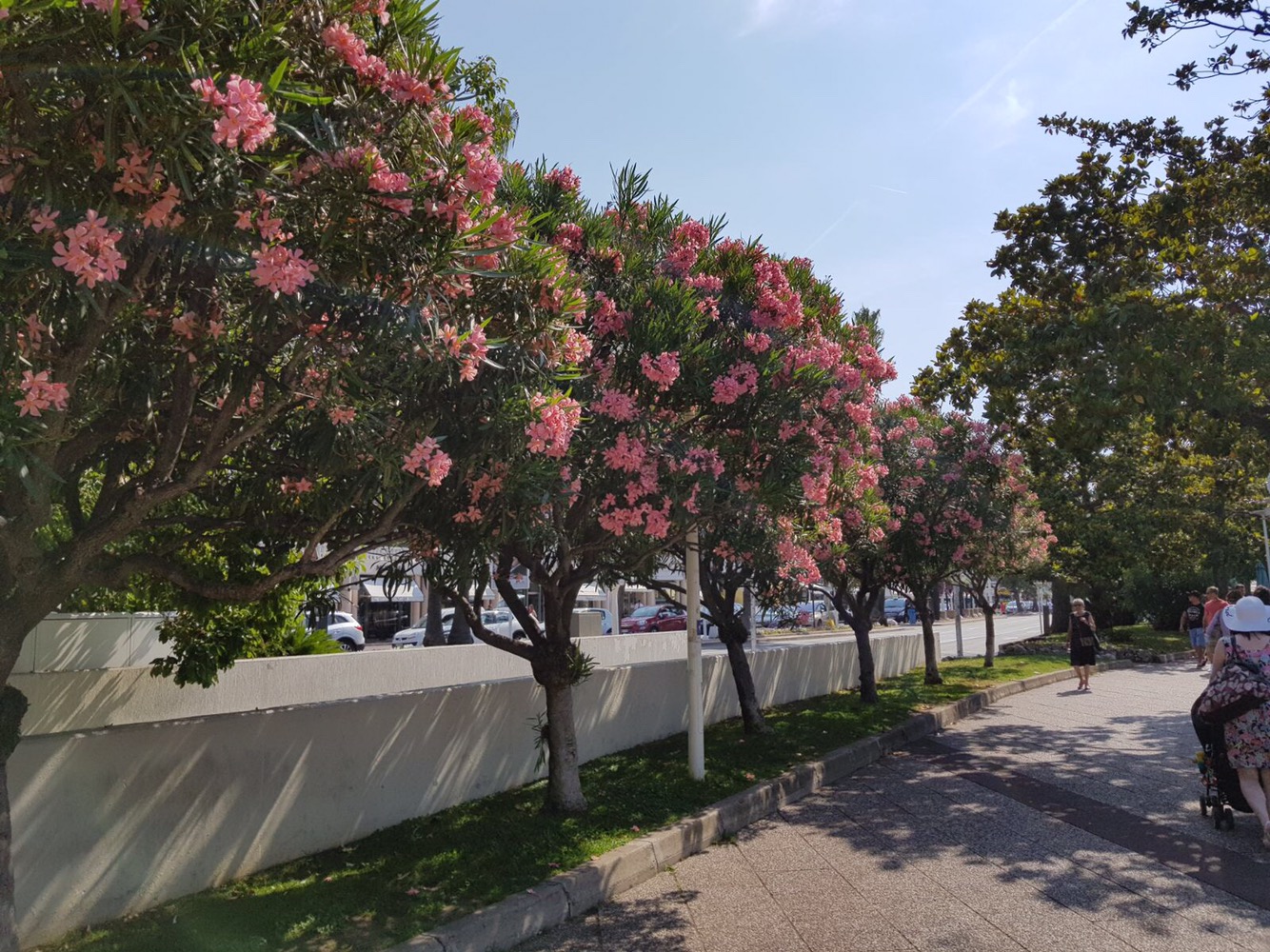 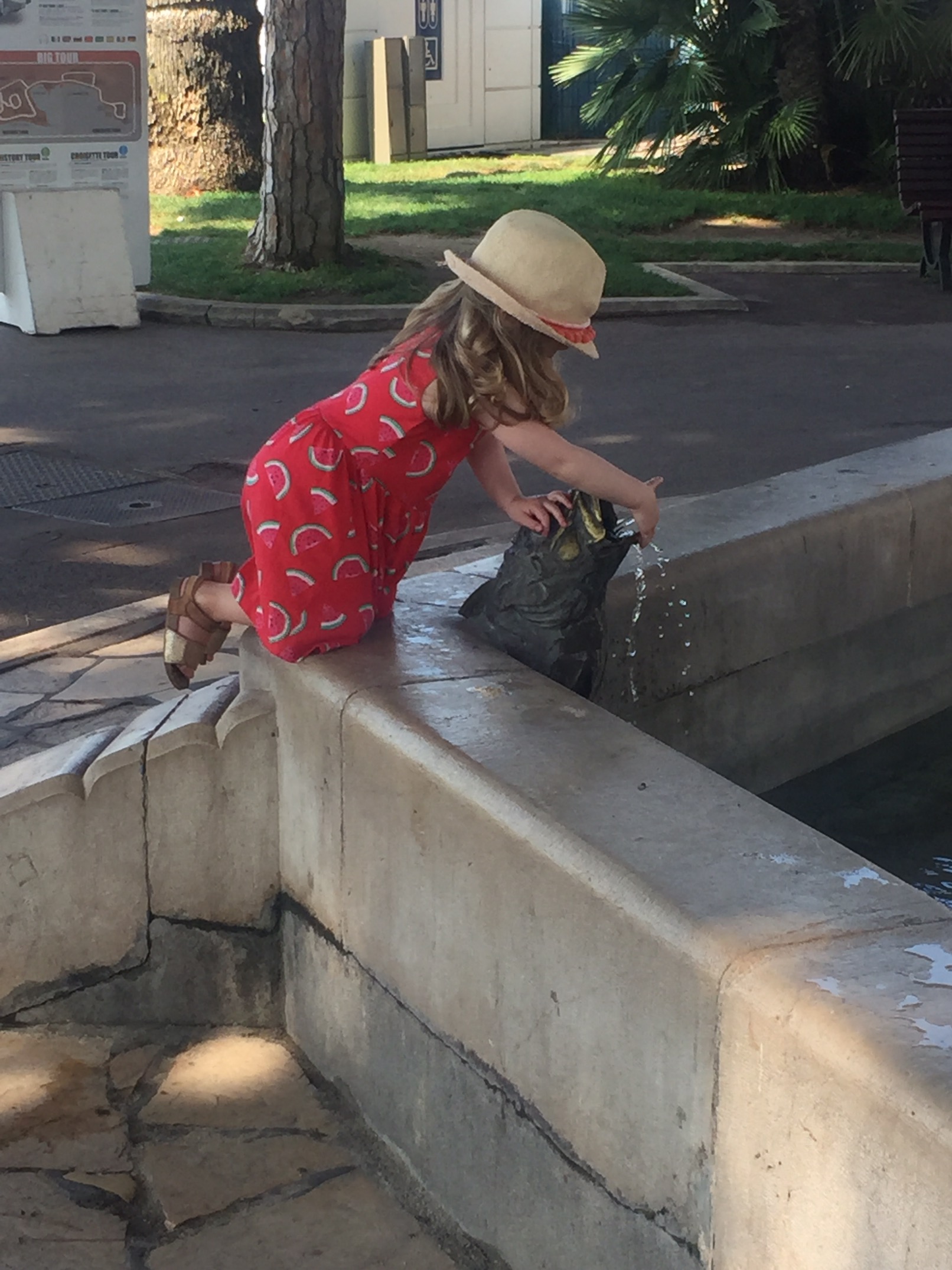 We then made our way onto Boulevard de la Croisette which is the main road that runs along the sea front to do some window shopping in Louis Vuitton, Prada, Gucci, Hermes and Dior. The street is also home to some of the more expensive hotels such as the Carlton, Majestic, Mariott Cannes and eating establishments such as Palme d’Or and Le Park 45. 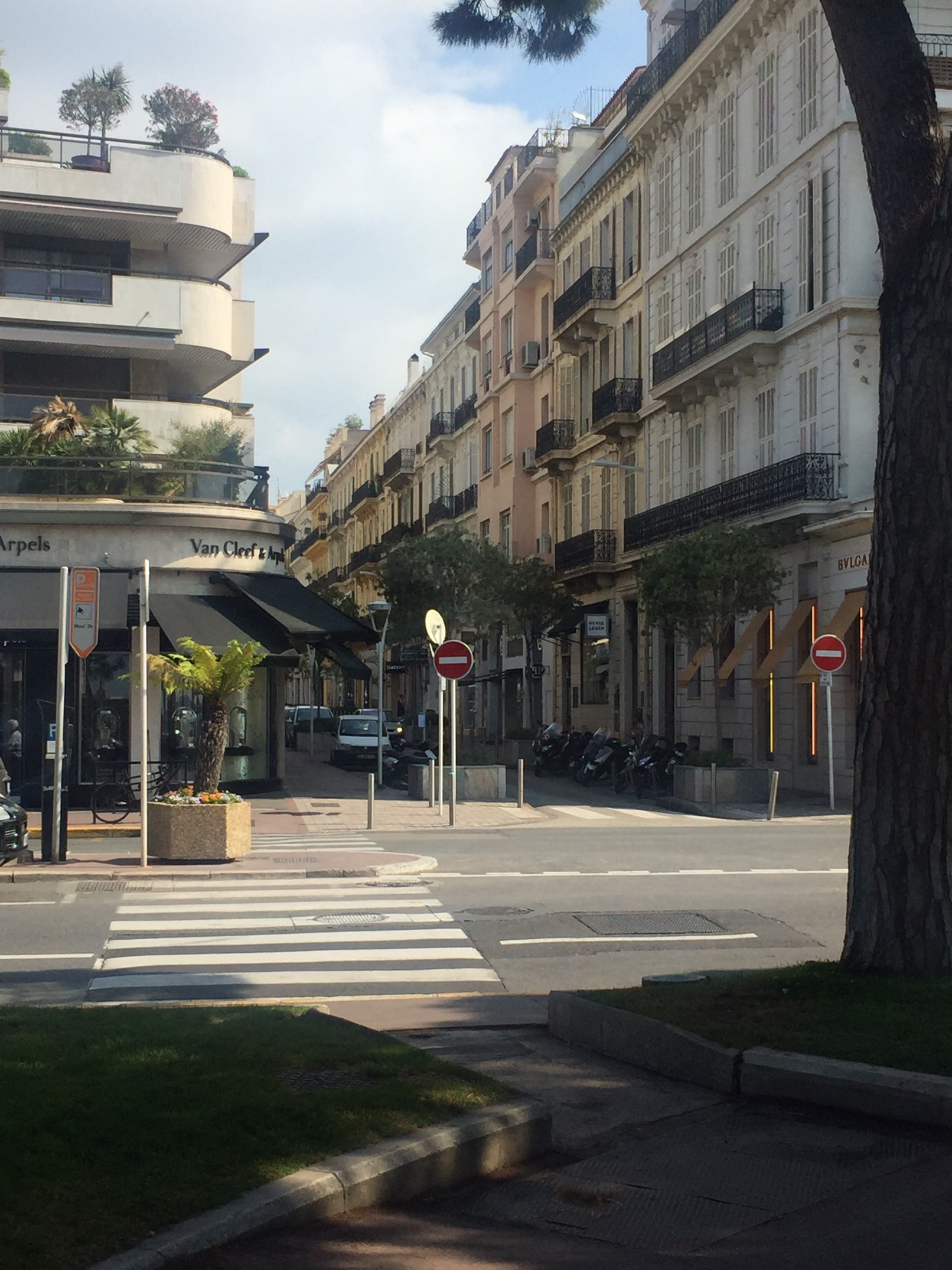 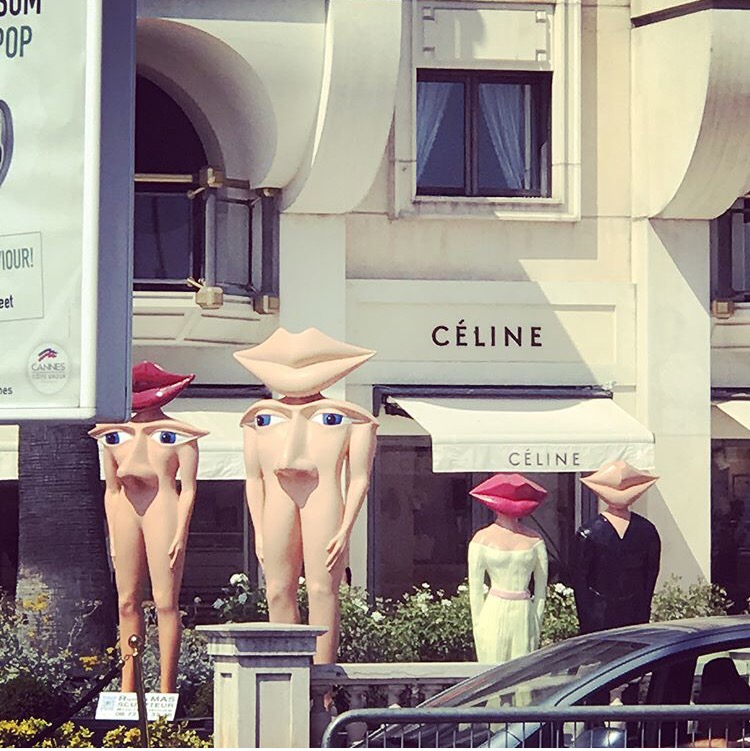 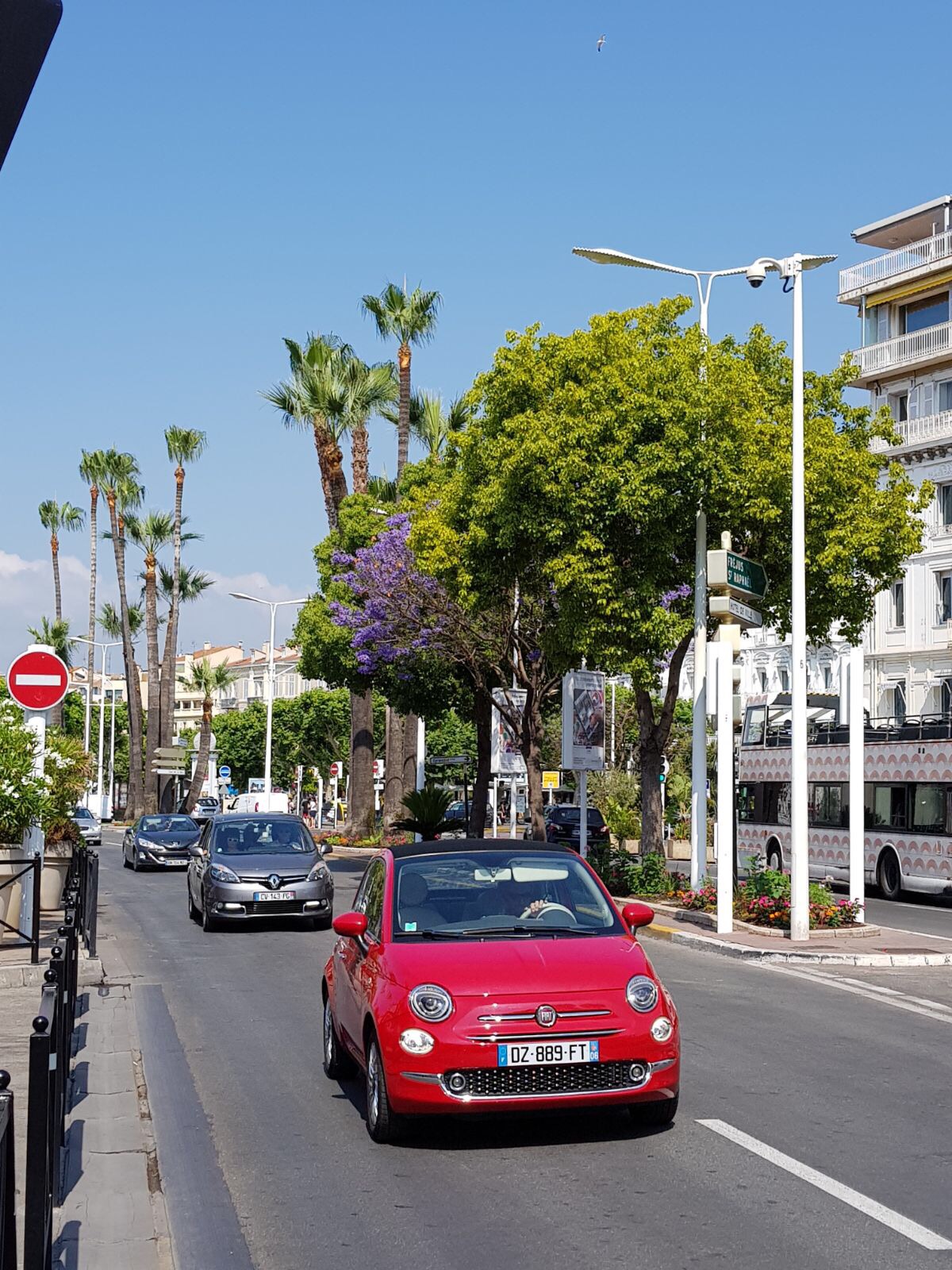 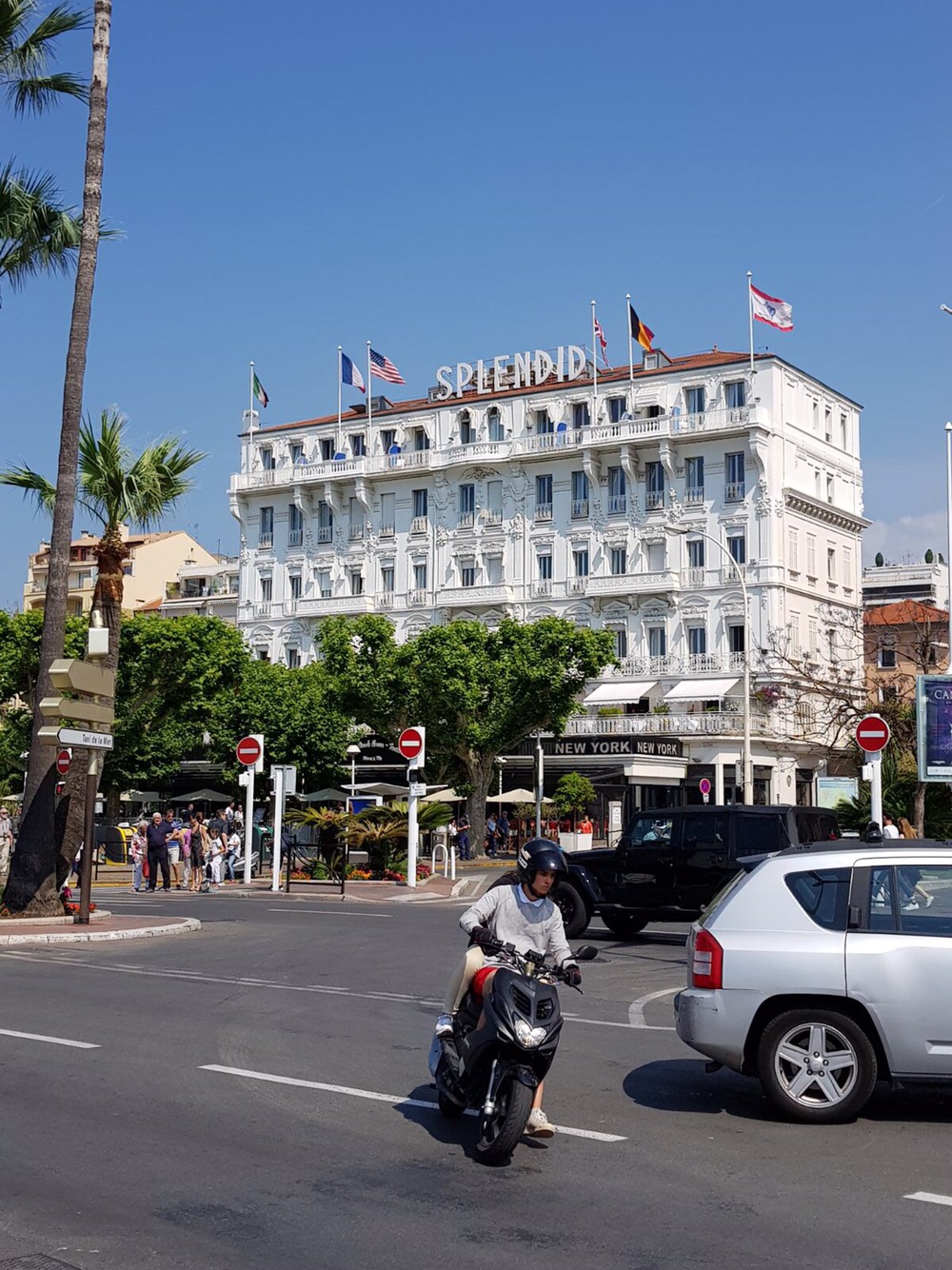 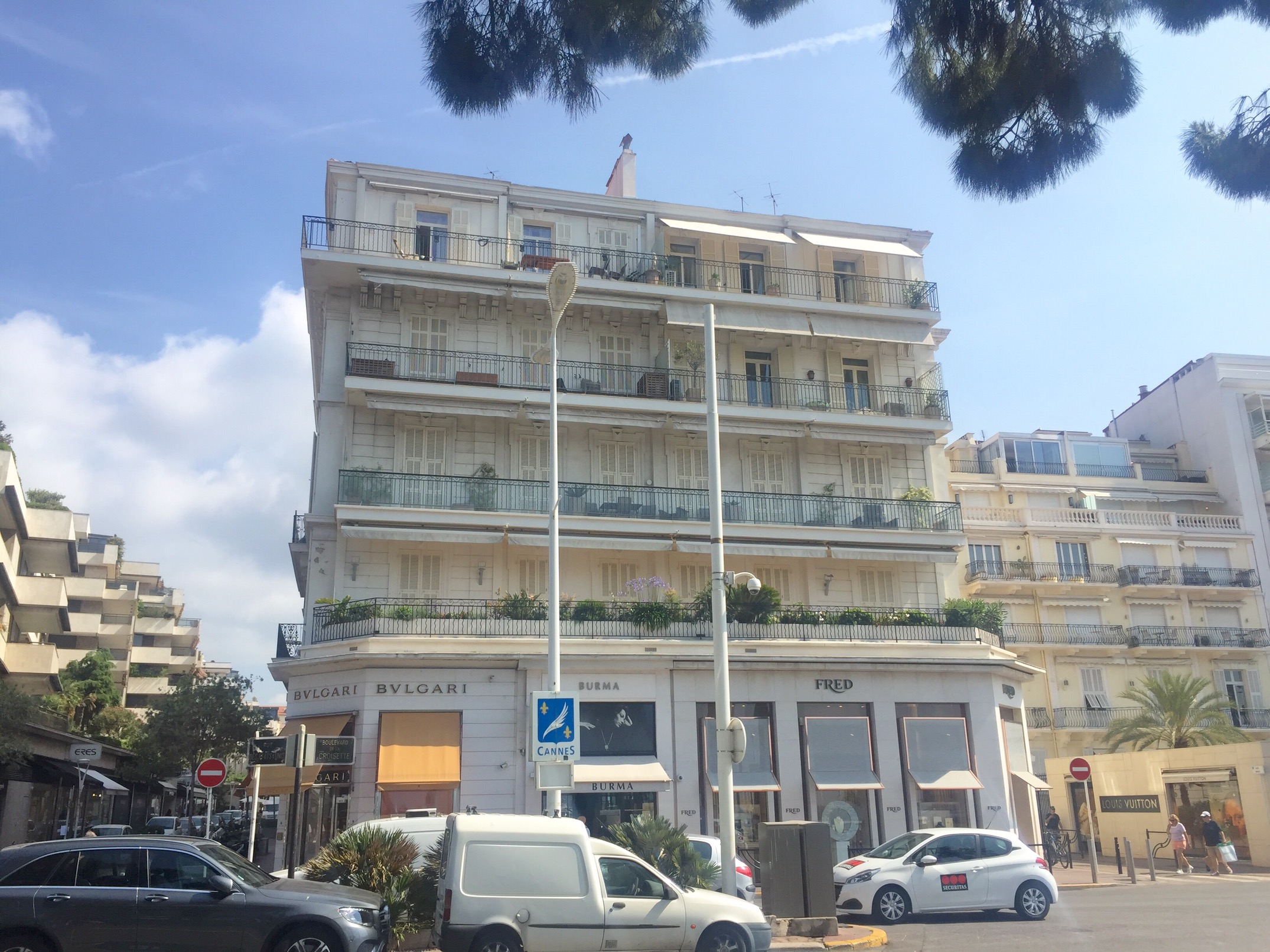 After spending a while walking through the lovely scenery and main street we decided to head over to the Marina to have a look at the some of the yachts and super yachts. This then led to the conversation…”what would you do if you won the lottery?” and we instantly agreed that we would have our super yacht based out of Cannes just like the yacht that caught my eye called ‘Madame Kate’ shown below. After taking a shine to this one I then went back to our apartment and googled it just to see would the imaginary lottery win cover it…perhaps not it was $75 million US dollars!! 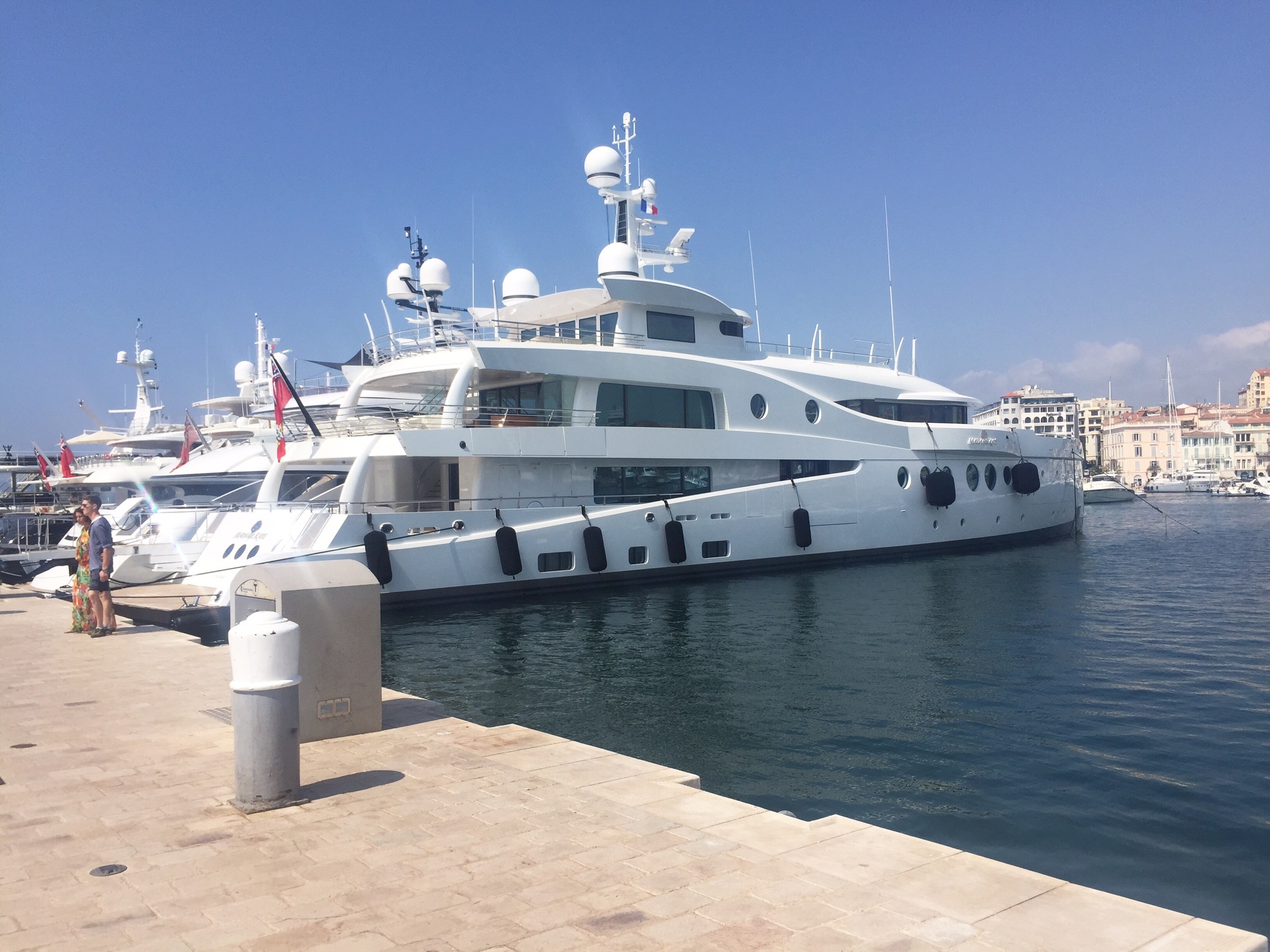 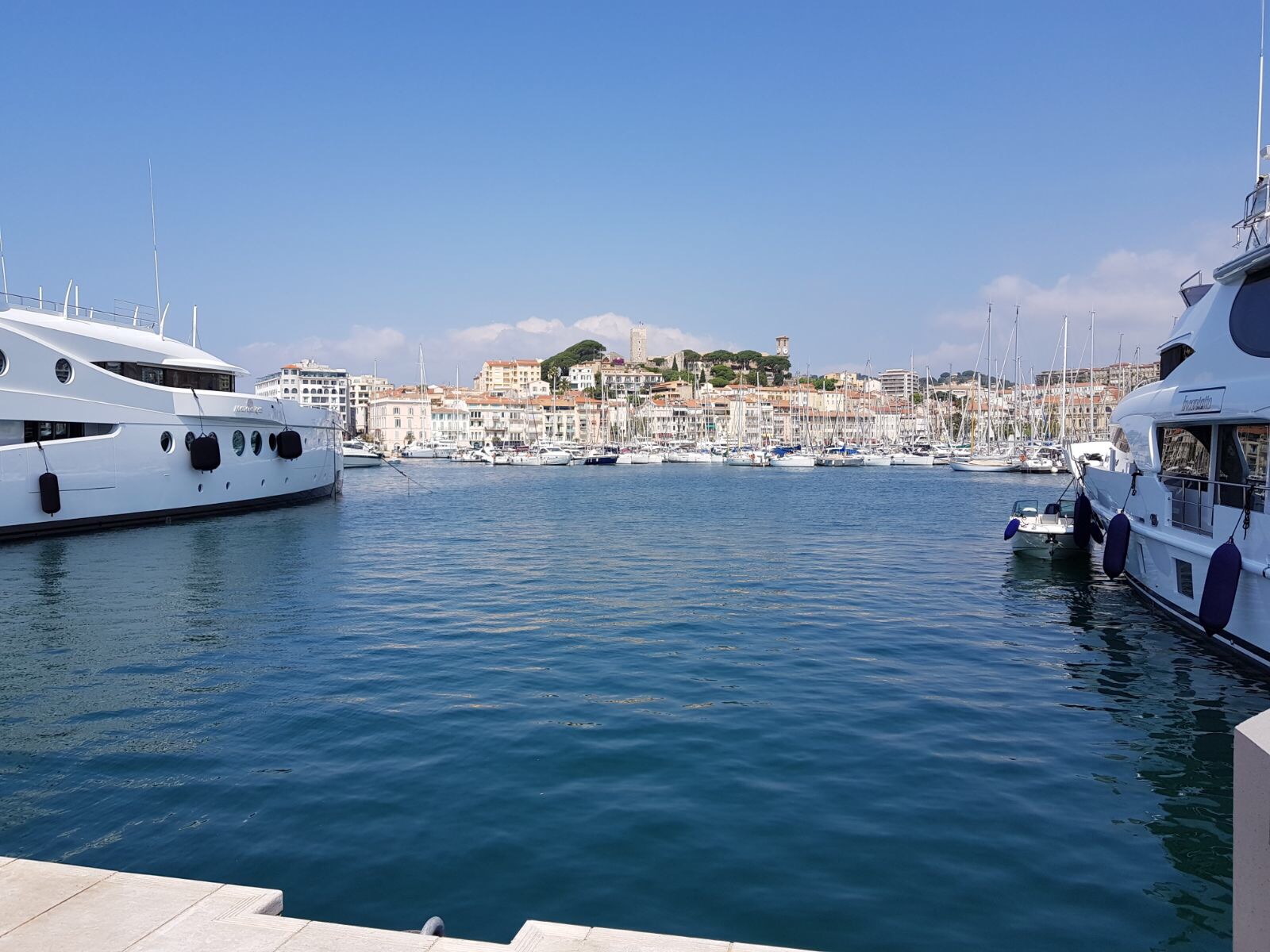 As the super yacht was definitely out of our price range we headed back towards land and reality to the Jean Luc Pele patisserie for some world famous macaroons and with a line out the door it didn’t disappoint. The salted caramel macaroon just melted in your mouth, it was absolutely delicious! 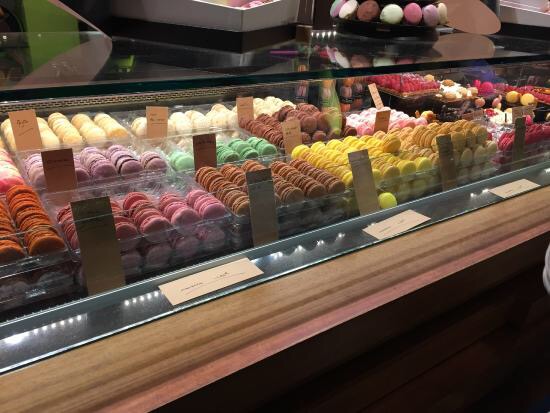 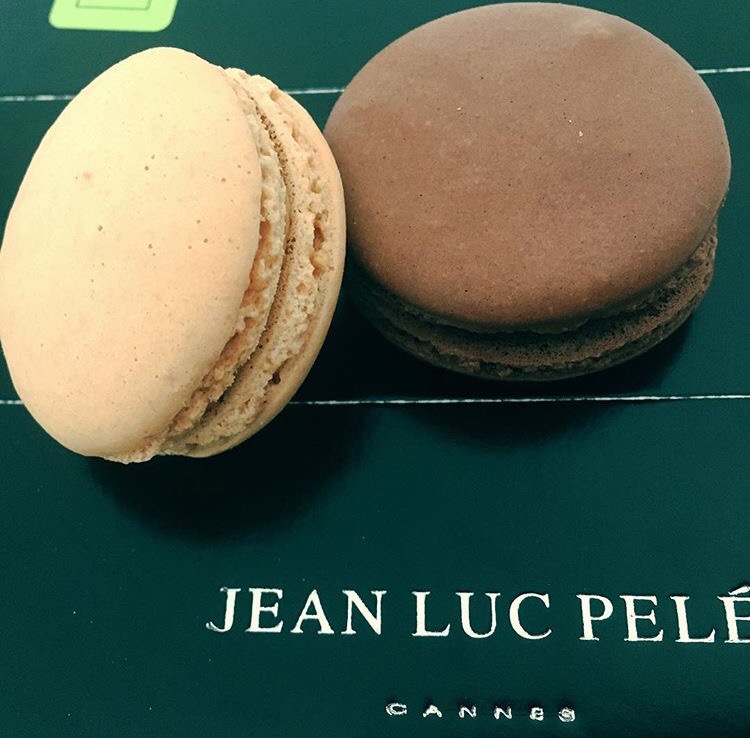 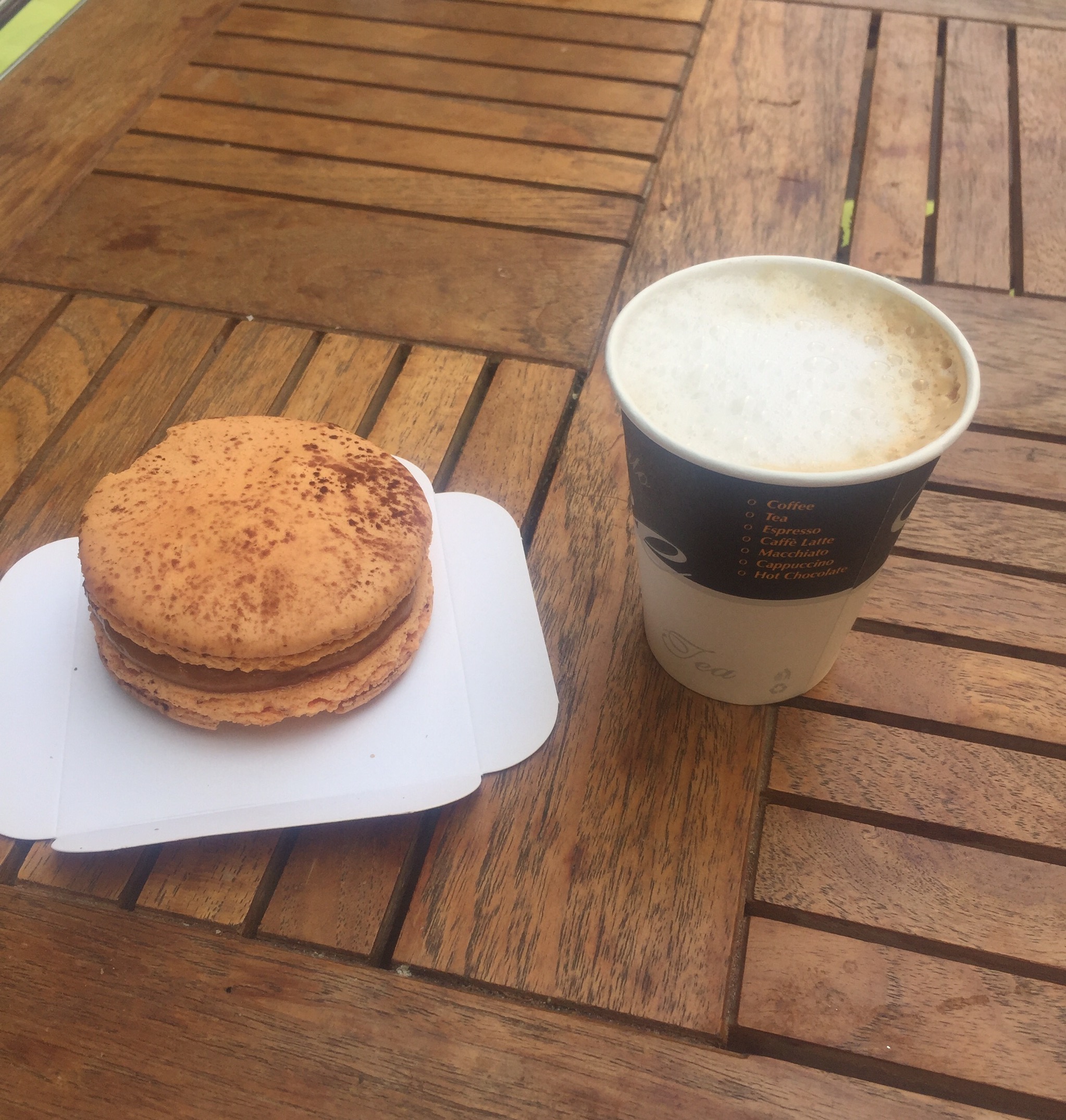 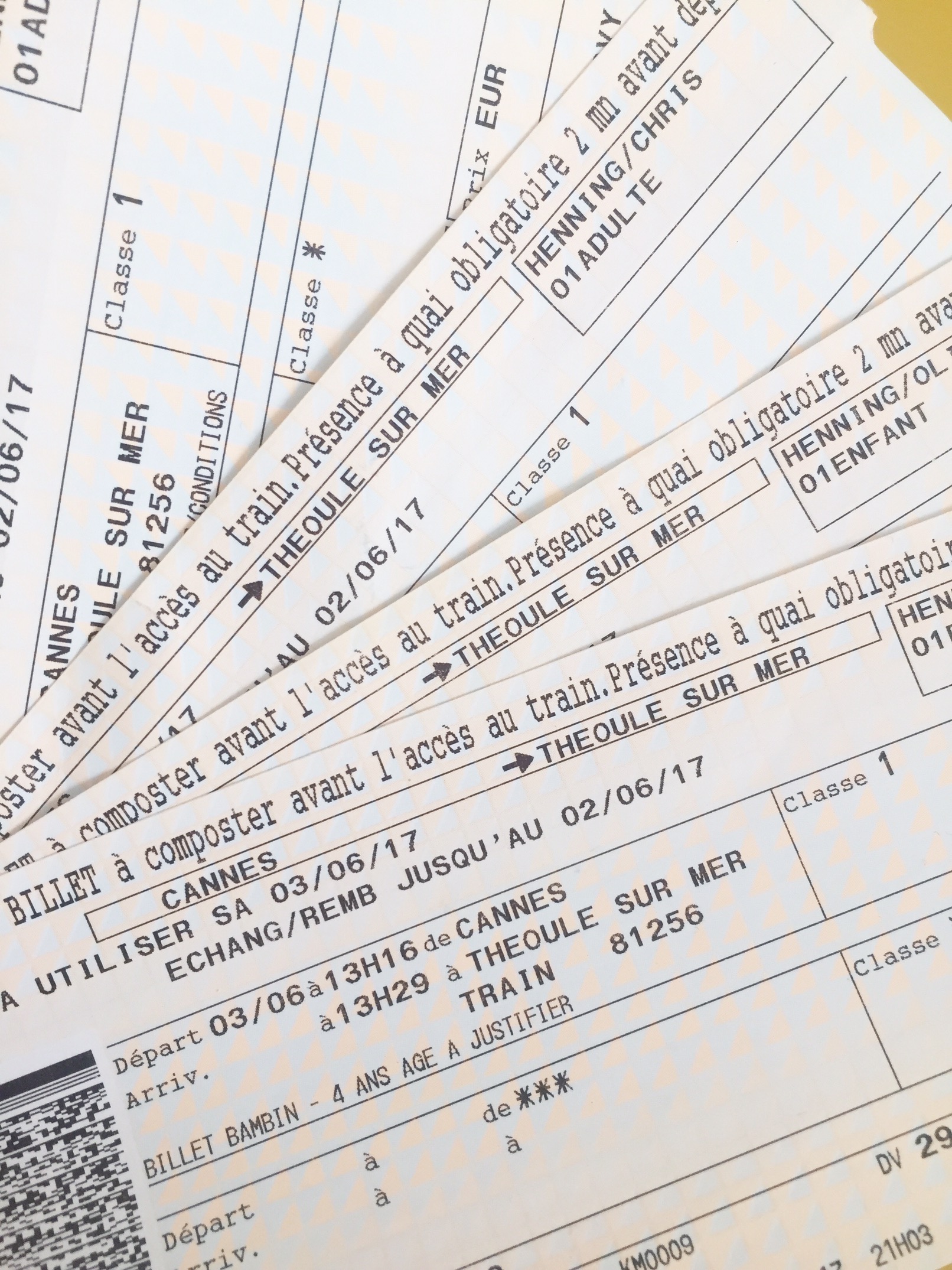