As most of you know who follow my blog or indeed link up with me on Facebook I had mentioned on several occasions that I was overdue..maybe on several hundred occasions perhaps. My original due date was 11th December 2016 and I expected my little one to make an appear by then as Olivia had arrived on time so I was convinced this baby would do the same but it seems miss Zanna had other ideas.

On Tuesday 20th December I was taken into hospital to be induced at term +10days at 6pm. After a few hours on a heart monitor and offered a 6 hour propess things finally started to happen. My understanding of being induced is that it can be a long drawn out process so in my mind I still had a way to go but after the midwife broke my waters at 8.30am I had a drip inserted into my hand which would then allow them to feed me through the hormone to start my contractions.I didn’t need this in the end because the contractions came fast and furious themselves. 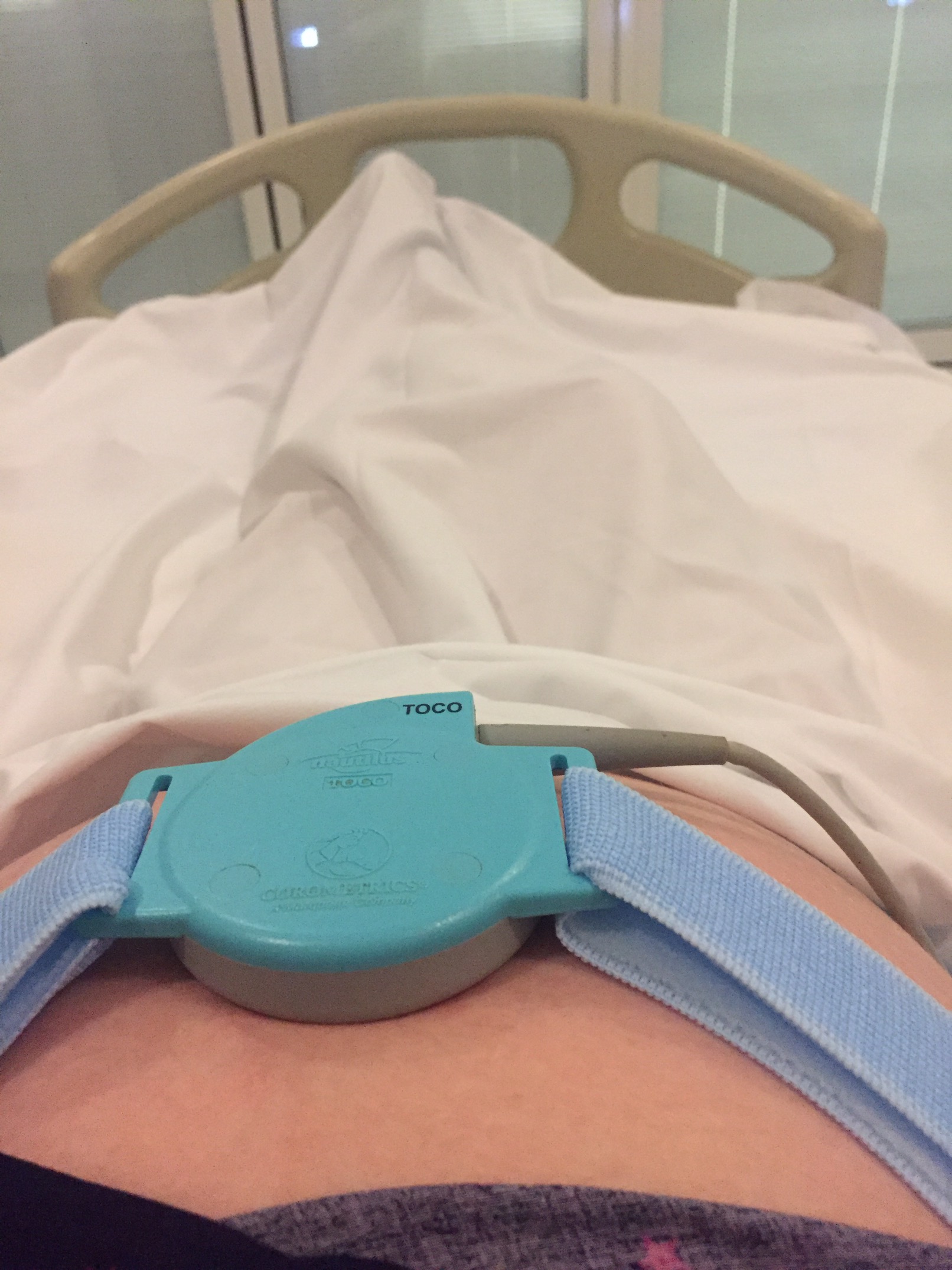 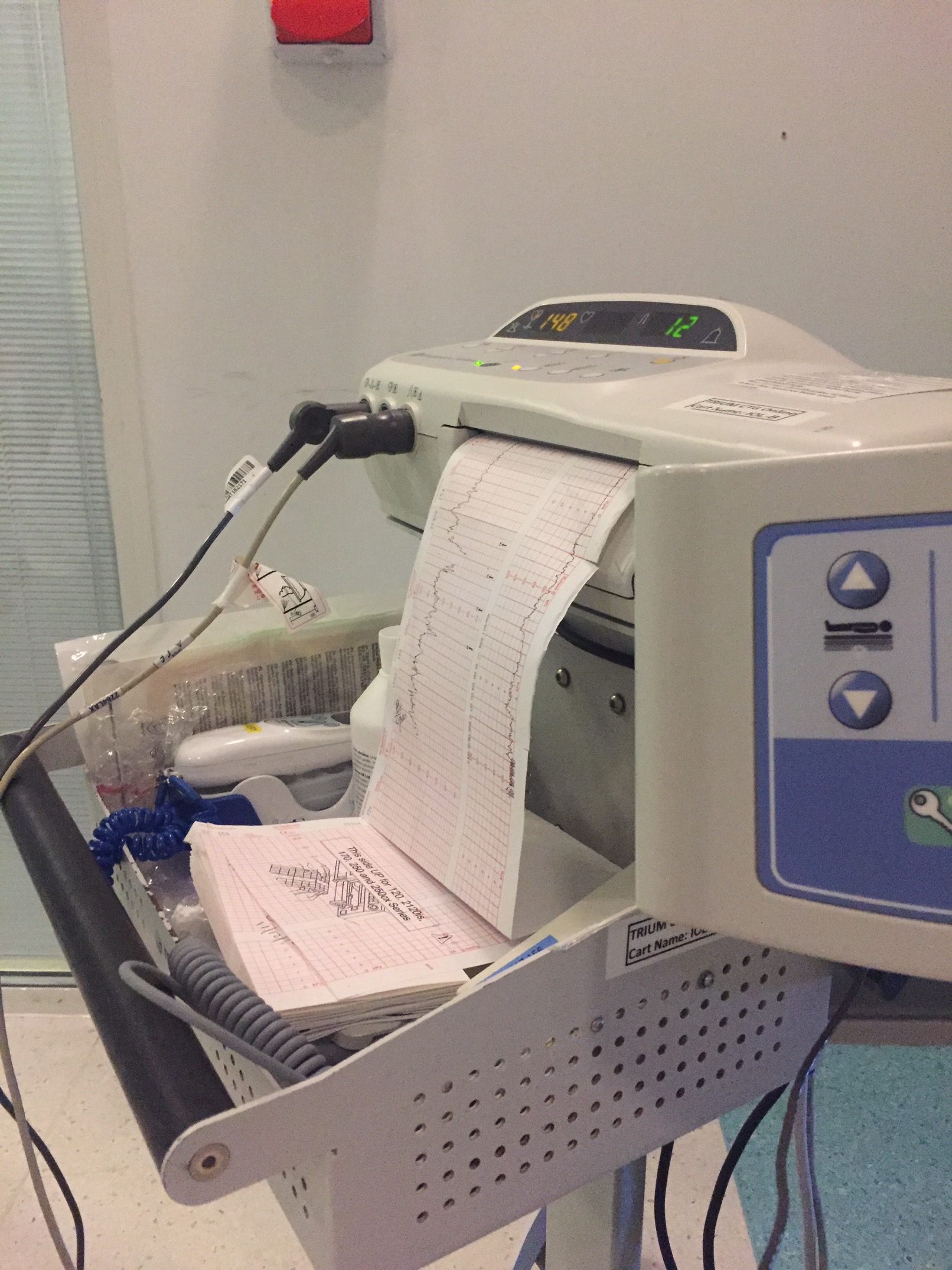 I decided this time around to try to avoid pain relief. My experience of it with Olivia wasn’t great. I had a lot of gas and air then diamorphine at the end and I hardly remember a thing after it which I really didn’t want this time. By 10.30am I thought “why am I trying to be a hero?!” so started some gas and air after using different breathing techniques I had learnt at antenatal yoga.  Twenty minutes later I was fully dilated and ready to go!  I was standing next to the bed squeezing the life out of a pillow and really feeling the urge to push but I did think this was way to soon to be happening but apparently not..suddenly the head was born and the rest of the baby followed suit.

On Wednesday 21st December 2016 at 11.07am after seven minutes of pushing Zanna arrived into the world, the absolute double of her sister Olivia!  At 7lbs 12ozs she was definitely the skinner version of Olivia who rocked into the world at 8lbs 15ozs but nonetheless very much a Henning! The name Zanna is English cognate of the French Jehanne and Jeanne, which are feminine forms of Jean. Jean is my grandmothers name so we loved this as it had a modern twist and also the middle name Belle is my other grandmothers name but again we just changed the spelling as her original name is Isabel but she got called Bell. We were utterly convinced we were having a  boy towards the end and had two names which we couldn’t decide on so thankfully when Zanna appeared we knew straight away what we had planned to call her. 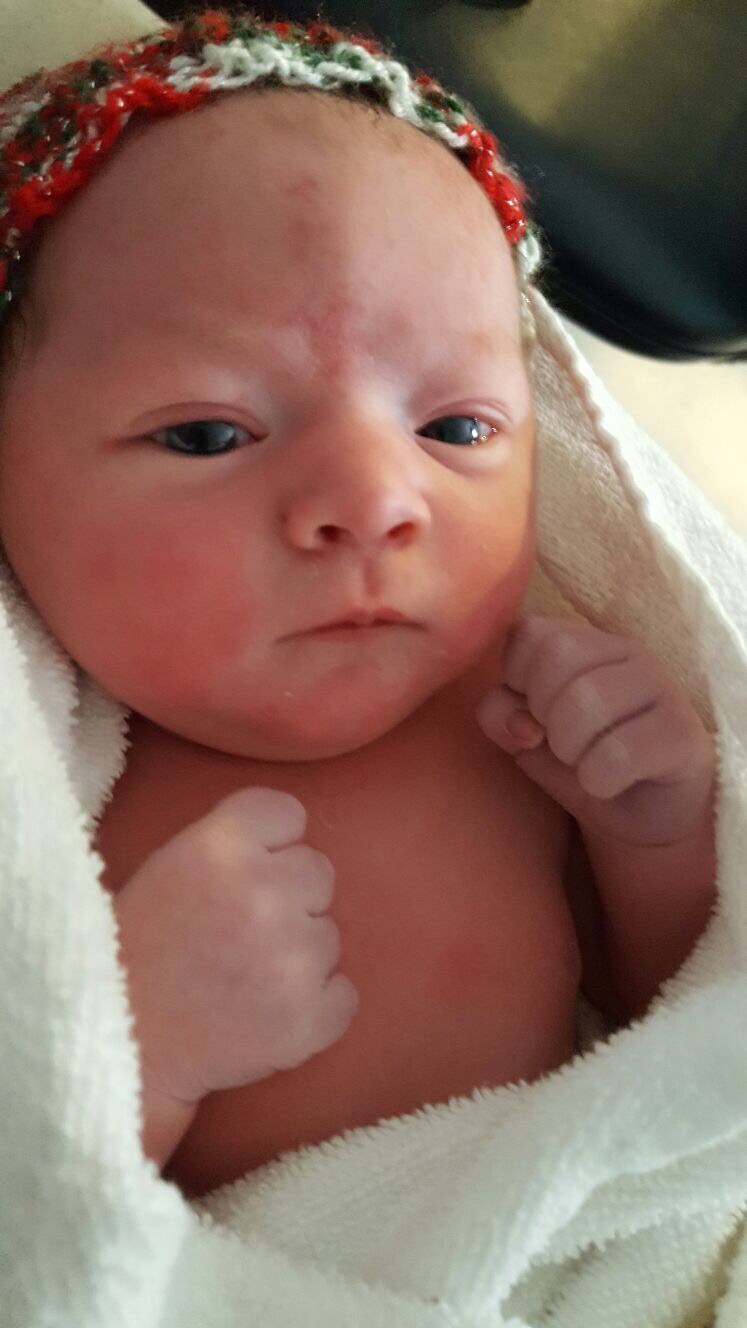 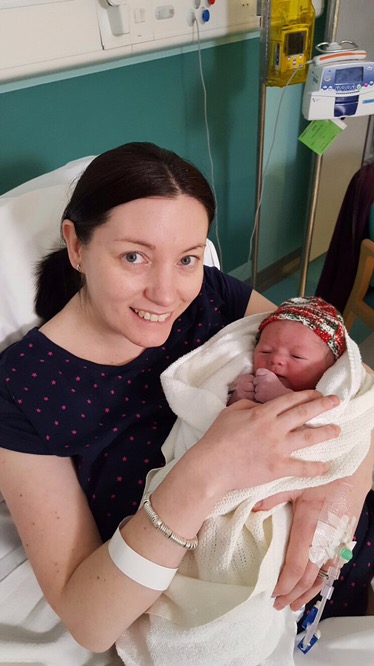 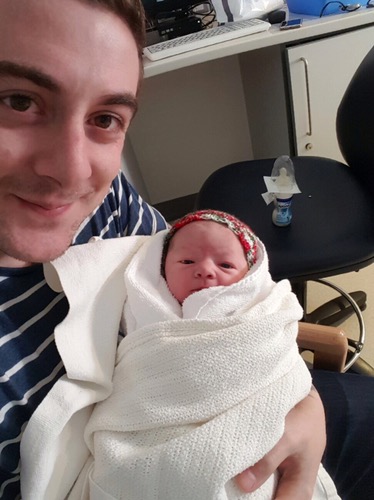 As if giving birth isn’t magical in itself, anyone who has delivered in hospital or maybe had a stay there will appreciate just how amazing the tea and toast is, so after having to fast for hours when this tray appeared so did the magical feeling again…am I right?!  🙂 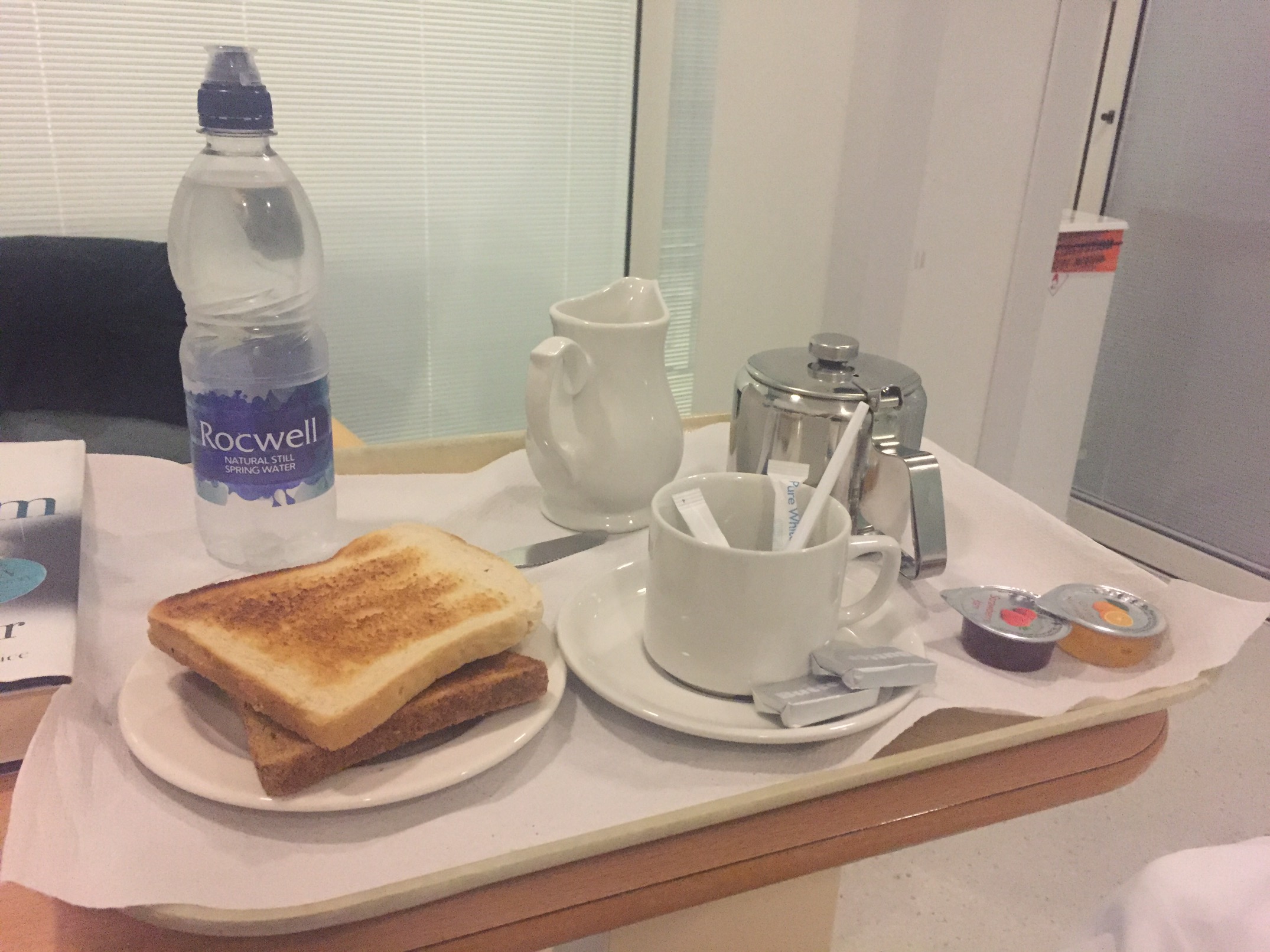 I will try to get a few more posts up in the next few weeks as I’ve so much to share about our family becoming four but i’ll leave you with one last photo which absolutely melts my heart.  The best big sister in the world ever! 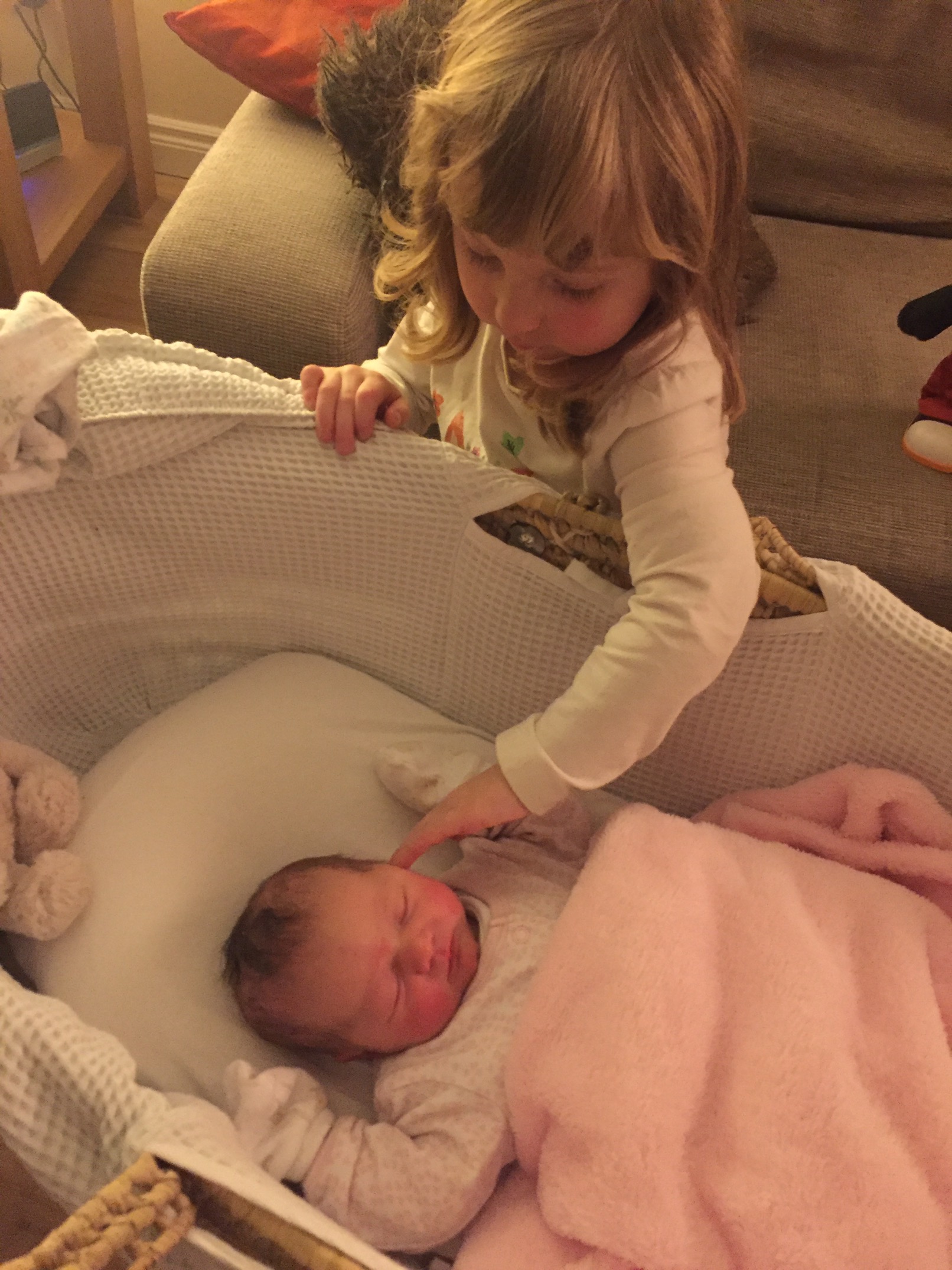