My blogging lately has been very poor I know but I have the best excuse in the world and that is simply that we are expecting again!! WOOHOO!! :):)

We are extremely excited and whilst I would love to say Olivia can’t wait for her only child ticket to expire, she really hasn’t a notion of whats going on other than she got a new t-shirt saying “big sister” and everyone was smothering her with kisses and hugs when we told them the news. Simply put if it’s not about her at the minute she couldn’t care less (Shes in her two-nager stage in life!). 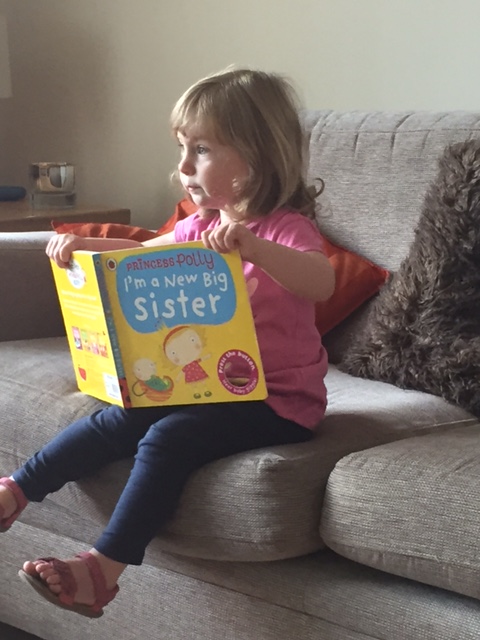 Things havent been too bad for me sickness wise but I have definitely been really tired and struggling with my concentration and definitely my patience at times 🙁 The up side of things are that this was perfect timing for Chris though as he was able watch all the matches at the Euros because I was tucked up in bed pretty much straight after Olivia… not to mention he is extremely excited to be off for 2 weeks at Christmas – provided the little bambino makes an appearance on time 🙂 I am hoping for this too as Olivia arrived on her due date and I was fed up waiting on that to swing around…little did I know then I should have had my feet up relaxing drinking tea while its was hot and watching anything I wanted on TV as those days are long gone!

I had a great first pregnancy looking back. While at the time it seemed horrific as I was quite sick in the evenings after work – no morning sickness – and my appetite wasnt great; except for gravy chips from our local chippy and Tesco cheesy puff crisps which I ate by the bag load…and any sort of chocolate based product. I was convinced at 39 weeks that if my waters broke it would be a chocolate fountain…yikes :):) Towards the end my bump was HUGE and I mean MASSIVE. Olivia was 8lb 15oz so when she arrived into the world I thought I had just given birth to a toddler..where was the small baby you see in all the books?! So as you could imagine I was really uncomfortable and struggling to get any sort of sleep.

This time around I think I have just been native in that I imaged it would just be the same as my first pregnancy only to be told at the assessment unit after suffering terrible pains that no two pregnancies are the same….BOO. I wanted the dream one from the first time round! I am now at the 22 week mark and much of the sickness has gone and the tiredness has lifted slightly but I am definitely a lot bigger at the half way point, not only big looking but I feel big and heavy..half way there. half way there.. you can do this Jillian!

Being pregnant and running around after a 2.5 year old has definitely brought about its own set of challenges the biggest being time is flying by. Im so busy that this little one will be here before I know it and with a nursery to decorate and a sunroom extension nearly complete it’s all go-go go for us at the minute. I recently got a book out of the library called Todder Calm just to read out of interest and this was the first paragraph…it sums it up nicely; yes we are about to do it all over again roll on December and thank you for your patience while I finally get round to posting all the blogs I have in my drafts! 🙂 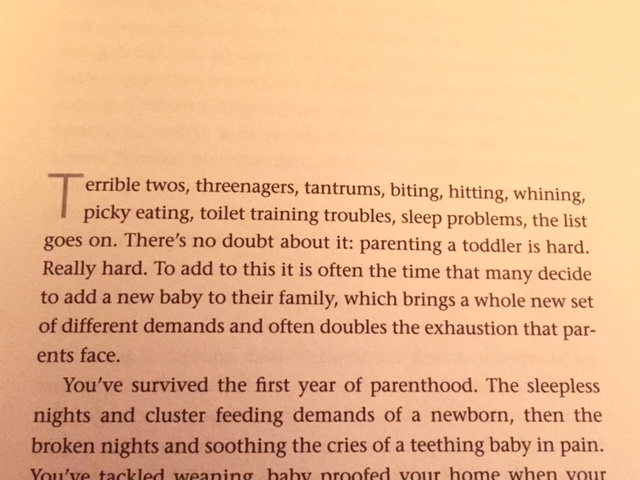