Skip to Content
Home Lifestyle Sleepover in the City

Despite the horrendous weather on Saturday Chris and I ventured out in to Belfast for the day. It was a little birthday treat for me courtesy of my In Laws who kindly gifted me with an overnight stay at the Grand Central Hotel and a lovely dinner at  James Street South Belfast Bar & Grill.

After our car skidded out of the drive way when we left our kids with them 🙂 and we finally got parked in Belfast we headed out for lunch. With the rain being so bad we didn’t want to venture too far in the hope that it would ease up so I spotted the new instagram favourite hot spot Pearls which lived up to the hype as the interior was so chic and the food was just as lovely. 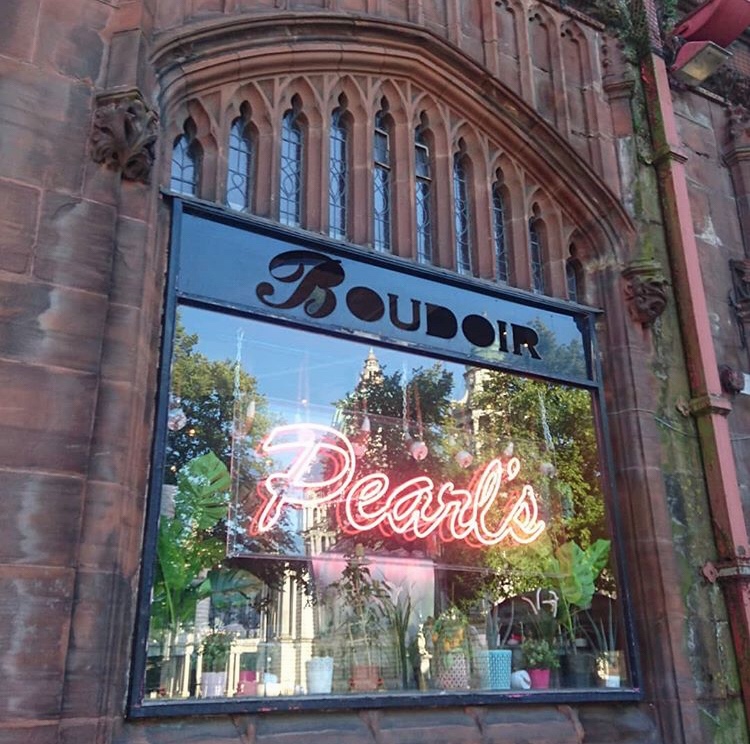 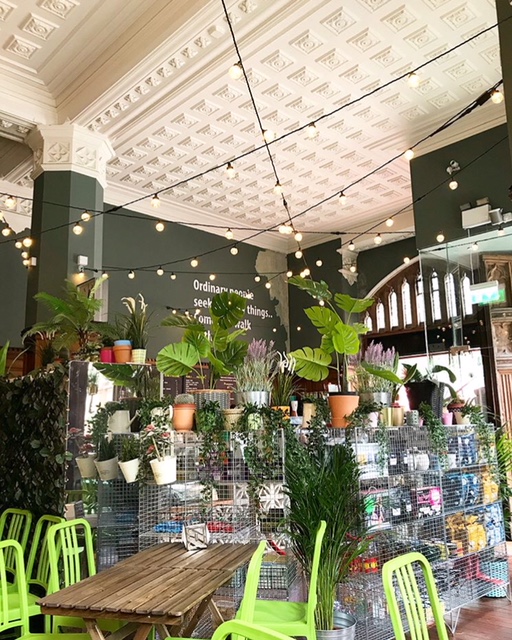 Next stop was another favourite place I had seen on the ‘gram. After a few discussions in work about Donuts I had this place on my mind and oh my goodness it didn’t disappoint! In fact I could have eaten a few more at OH! Donuts! I went for the seasonal special which was strawberries and cream and Chris selected mango and passionfruit. These teamed with two coffees rounded off the afternoon nicely. 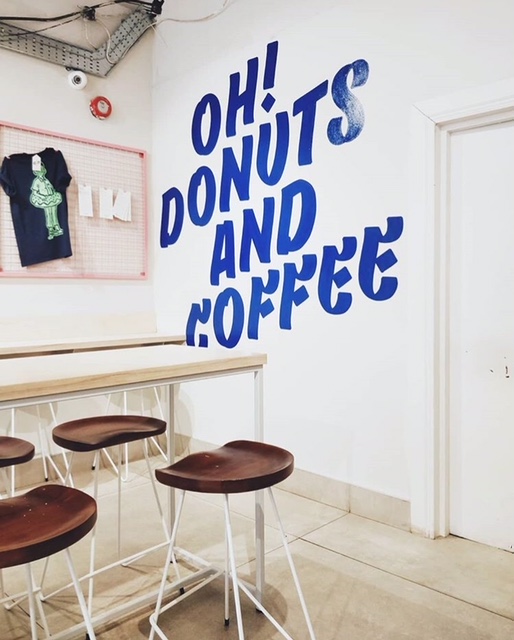 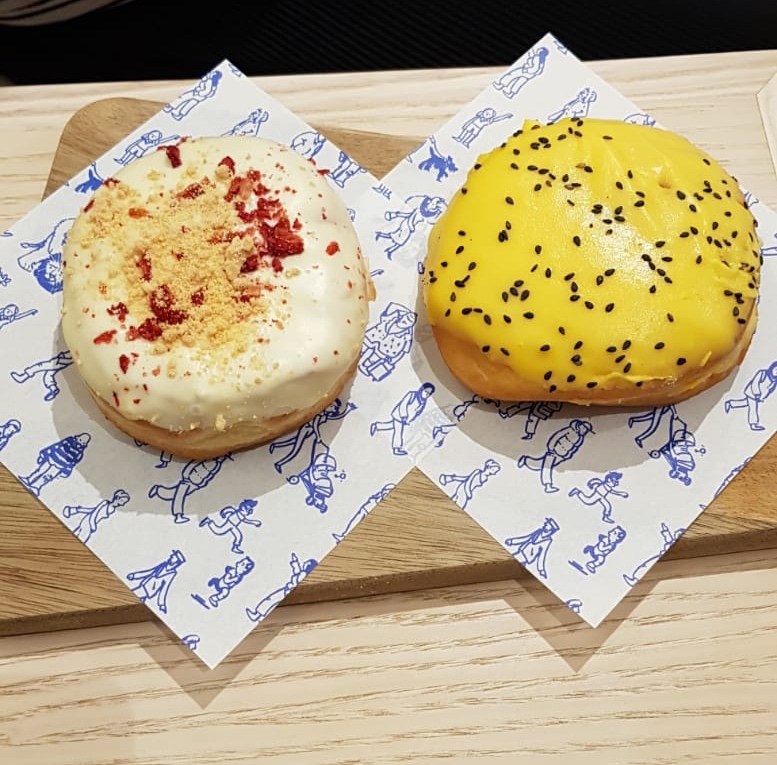 After nearly and hour in the Apple store investigating a new phone (im still undecided!) and a little walk around Victoria square which was decorated with scenes from the Wizard of Oz which was under production at the Grand Opera House as part of their youth scheme project 2018; We knew it was time to duck out of the rain again and head for a drink. 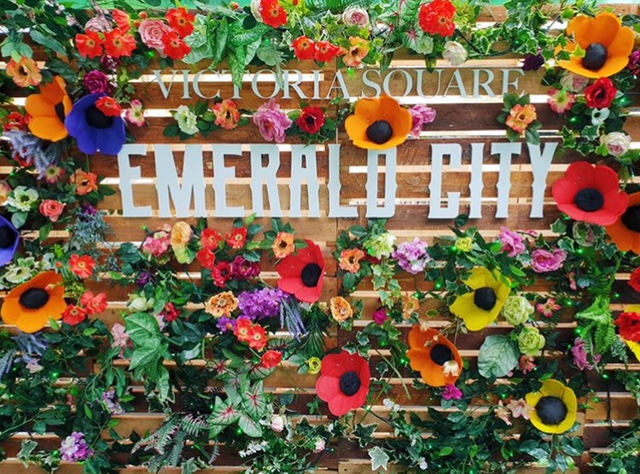 One drink later in the Harp Bar and one broken umbrella we knew it was time to check in to the hotel and relax for a while before dinner aka Chris wanted a disco nap :):)

Grand Central hotel was absolutely beautiful. From the main foyer to the staff to the beautiful rooms and views from the 15th floor (despite the rain) everything was perfect and it felt so luxurious. The added bonus was that years ago my Mother in law worked on the 21st floor of this building! Unfortunately the main observatory and bar wasnt quite ready to be opened to the public with some finishing touches being added but as soon as it does I think we will head back down to take a look…on a brighter day! 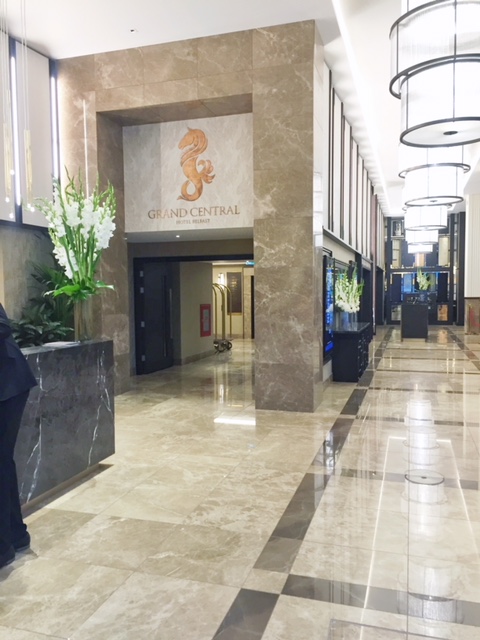 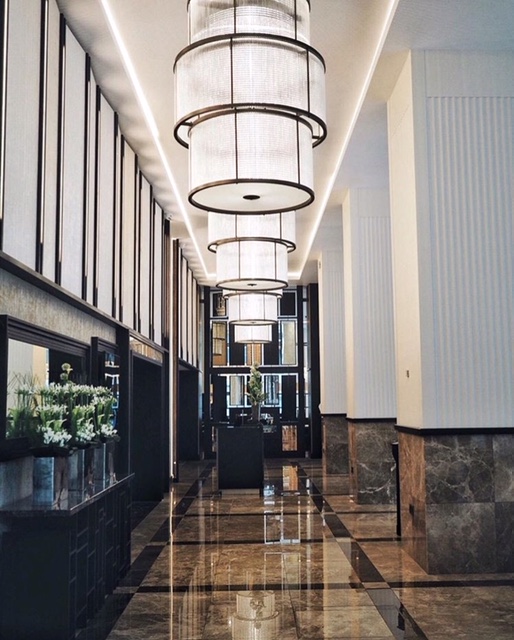 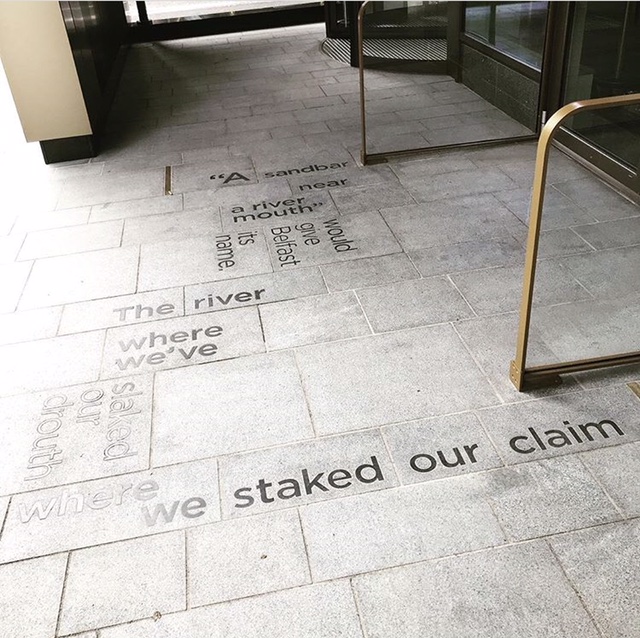 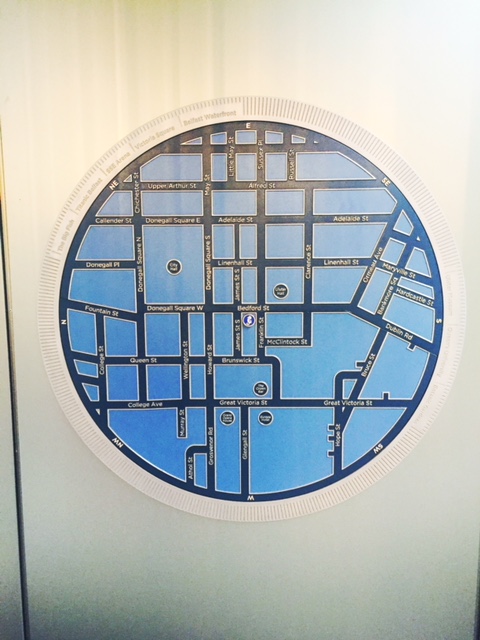 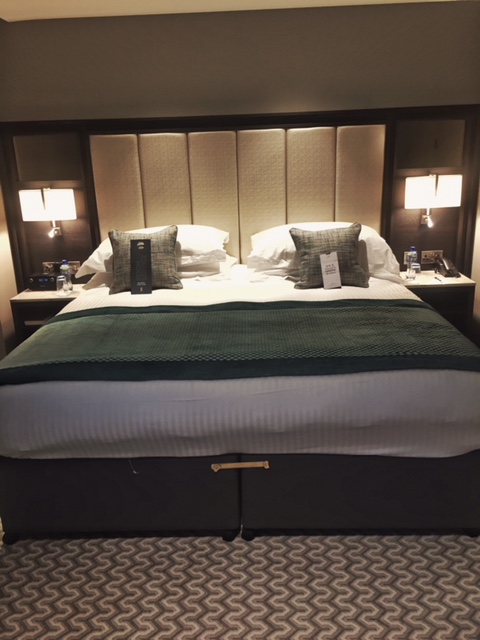 We headed over to James street south Bar & Grill and got seating straight away. I couldn’t believe at 7pm just how busy it was and table after table just kept coming. I had a beautiful seafood chowder to start followed by a rib eye steak and then a chocolate hot-pot came out for dessert as a birthday surprise with a candle. I don’t usually take photos of food as I’m normally too hungry to wait on that perfect social media shot but I did snap this one….well the shortbread disappeared somewhere in between 🙂 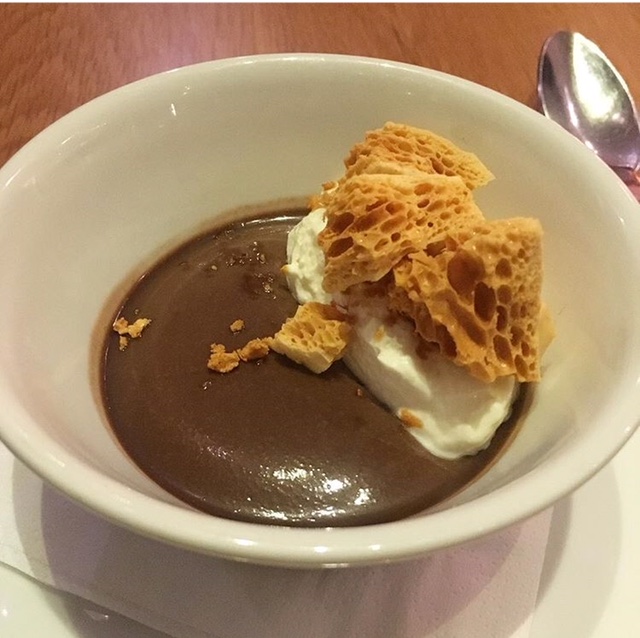 After a full nights sleep…. YES…. a full night accompanied by a lie in until 9am we checked out and headed home to our girls, who in turn had a lie in until 8.30am just typical 🙂  All the sleepovers where a success and we had a brilliant time out and about in the city.