Its been baby fever around here lately so its crucial that we still as parents and a family remember there is still a little 2 year old girl with us who is about to celebrate a great Christmas with lots of festive parties to attend, a tree to decorate and Santa letters to write. We can so easily be consumed by the pending arrival that we forget it’s a magical time for Olivia too and its our job as parents to make that happen.

Our Christmas trees over the last three years have all been real ones. I was reluctant about that at first with the pine needles going everywhere but we have been extremely lucky so far with our picks as the trees have been fantastic. The last three years we have gone to B&Q for them and never had a problem, for £35.00 they have all lasted brilliantly and not shed very many pine needles at all.

We had said this year we would try to be organised to get the tree early just incase the baby came early but we managed to make it into the first weekend of December before we decorated. The majority of our street had their trees and lights up in November so I did feel a bit mean making Olivia wait but after looking at the tree for the next month I thought that was time enough. For the last  2 years we have decorated the tree when Olivia was in bed so she wouldn’t be in the middle of it all but this year she really enjoyed putting the baubles on and it was her job to put the star on the top and this is always the first thing she reminds us about when she walks into the living room each morning….that its her tree and she helped daddy put the star on..its so sweet! 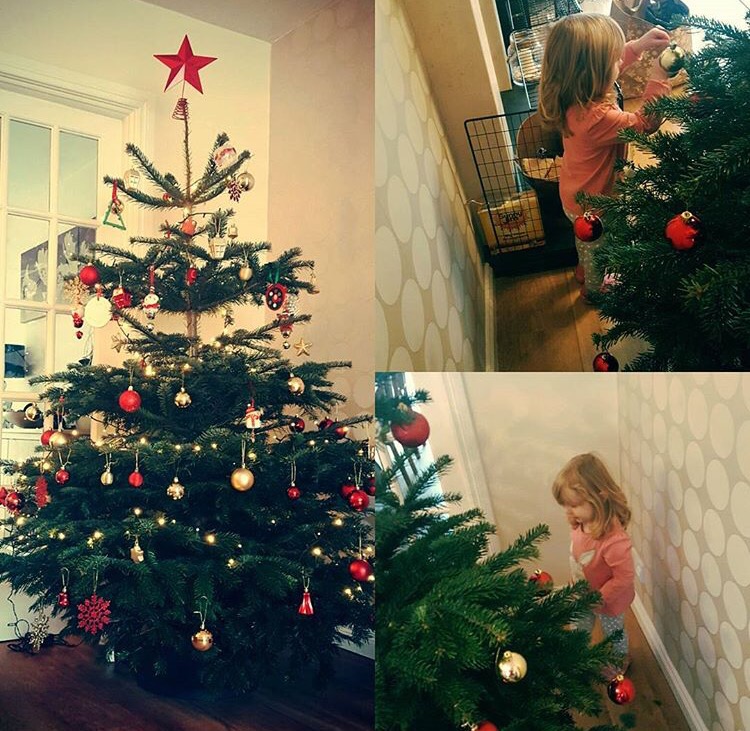 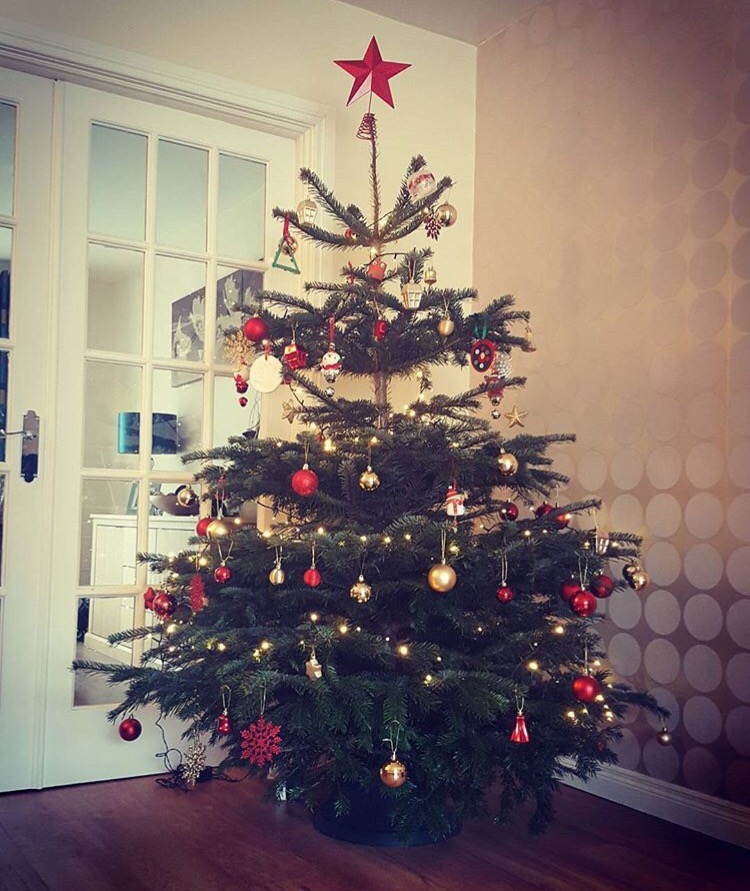 Now the tree hasn’t been all sweetness and light. I can’t paint that perfect picture as that would be a lie. We have already had several broken baubles as Olivia thinks they are balls and tries to bounce them off the ground hence we have a smashed decoration clean up on our hands nearly daily. We also have lots of really good decorations that we have collected over the years which are piled high on our dining room table because we are afraid to put them out with our little devil of an elf about they wouldn’t last the night!  Olivia has also tried to climb the tree, launch teddy bears at the tree, climb in under the tree and even tried to pull the lights off it. I keep telling myself next year everything will be fine and she wont be bothered with it, maybe im kidding myself!! My dad sent me this picture below after I told him about all the tree action in our house and I think it sums it up perfectly 🙂

A big part of Christmas is of course the party season. In the space of three days Olivia had seen 4 Santa’s at 3 different toddler group parties and 1 at a Pre school we had gone to view. Last year she wasn’t quite sure about Santa and what his deal was but this year she quickly realised that Santa equals treats so was the first in the queue to see him, she has been pretty quick on the uptake this December! 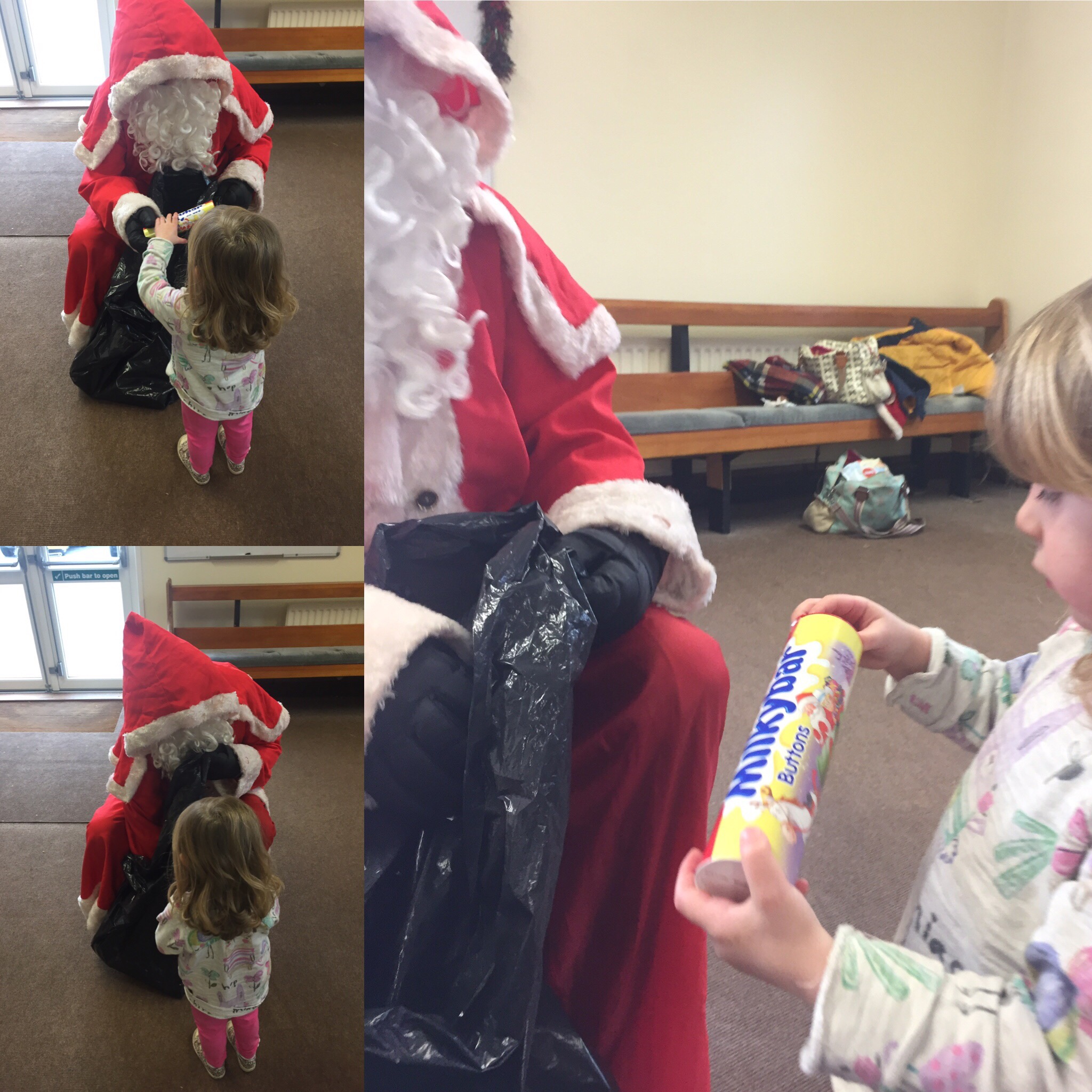 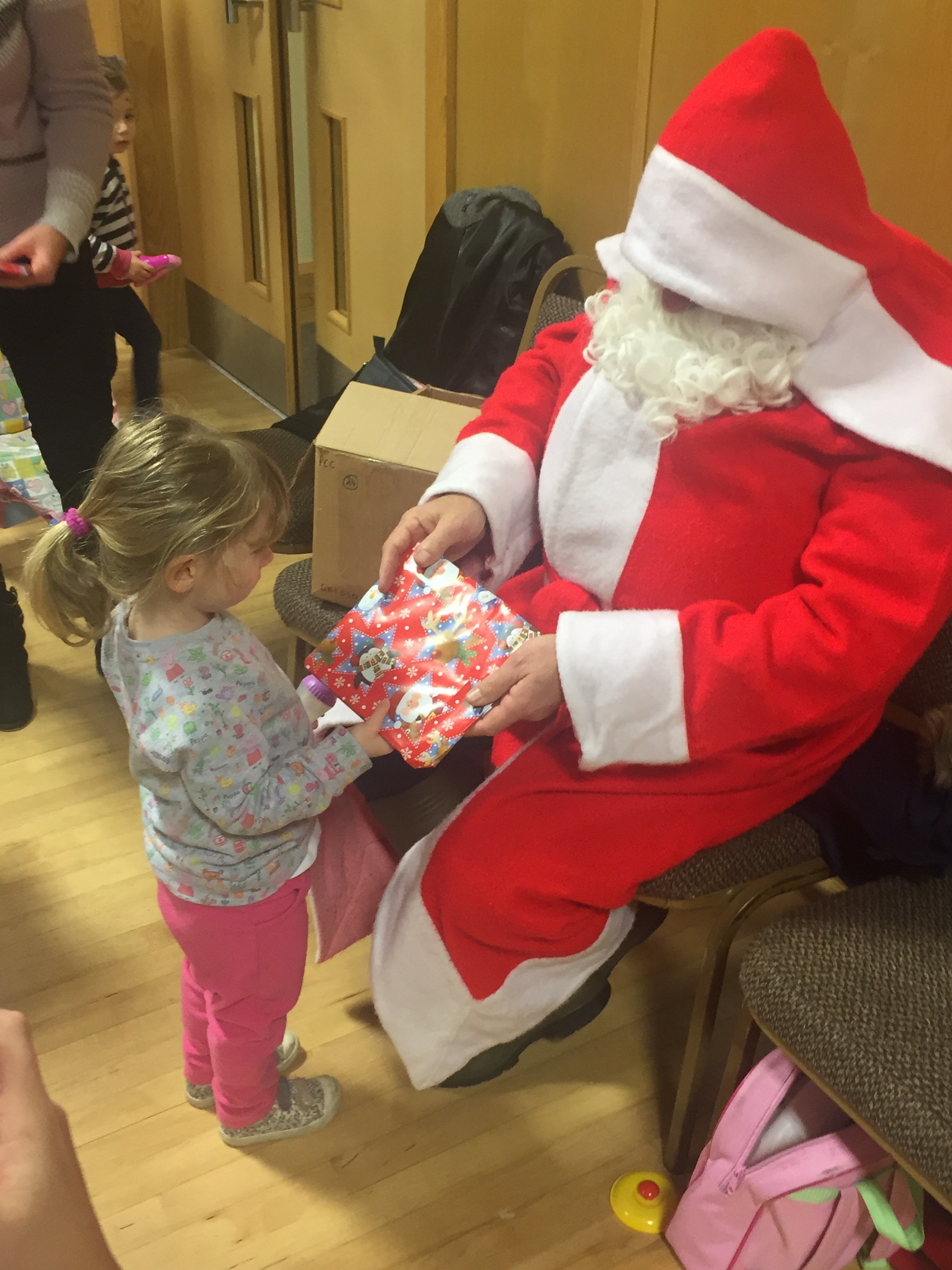 I know quite a few parents who are taking their little ones to different Santa experiences across Northern Ireland and we hope to do this next year. Olivia still doesn’t 100% get what happens at Christmas proven when my best friend Louise came to visit us and her son who is 4 days younger than Olivia asked her what Santa was bringing her as he wanted a combined harvester I think it was along with a bale of hay or wheat. He could rhyme it off as he has older cousins who can explain it all to him; Olivias response to Mason was so comical all she wanted was “strawberries” gosh if only it was that easy!!  If anyone has been to any of these Santa experiences and would recommend them please let me know so I can look into it for next Christmas thank you in advance 🙂

Chris and I also attended our work Christmas dinners which worked out well as they were both on the same night in Belfast and really close to one another. Chris struck gold as he had a designated driver in me. Not much alcohol was consumed though by him just incase we had to make a mad dash to the hospital!

I had mine at Robinson & Cleaver and it was so good especially for a Christmas dinner in which the restaurant are mass producing for such a large number of customers.  The ambience was great and they had a live singer who was fantastic and it really added to the night. It was the first turkey dinner of the festive season and it didn’t disappoint. Along with the meal and the views of Belfast City Hall which has the continental market in full swing it was a great night out despite not being able to enjoy a drink or three. 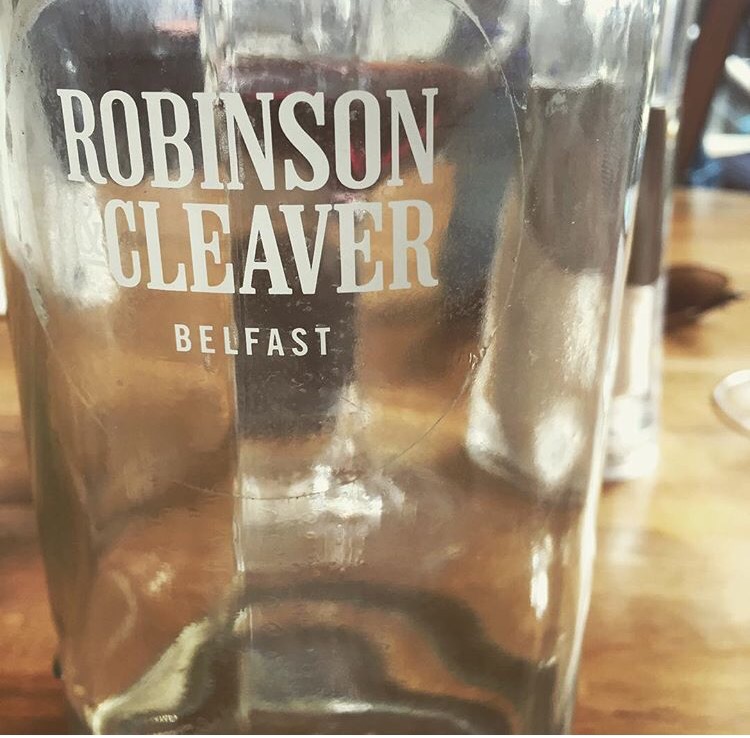 With plenty going on December has been a pretty tiring month especially for a 2 year old with a hectic social life. Olivia is going to be on one big downer come January when there are no more parties, no more advent calendars and no more presents…well until her birthday in March..jeez its never ending! 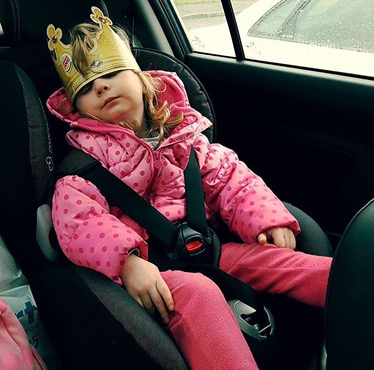