We got a call last night from a dear friend of ours to let us know that he is going to be a Dad.We are over the moon for him and his lovely wife and they will be awesome parents but I had to laugh as when Chris asked him how far along his wife was etc he had a typical male response..”She is looking after the admin and paperwork etc” of course he was joking but isn’t that just typical in most cases 🙂 He then proceeded to tell Chris that they are going to find out the sex of the baby in a couple of weeks so that they can get ‘prepared’. This then sparked the great debate we like to have in the living room of “would you find out or would you keep it a surprise” 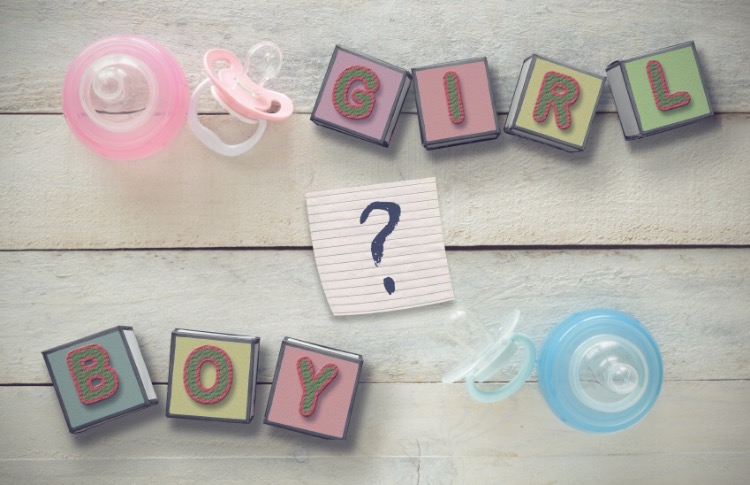 My best pal is due in the next 2 weeks although we both think it could be any day, I’m just sitting waiting on the call from hospital to stay the stork has been and there is a beautiful new baby in town so im on the edge of my seat waiting! This will be her second little one and she already has a boy 4 days younger than Olivia. She decided to find out the sex at the 20 week scan, again, so they could get ‘organised’. After the scan she rang me to let me know they are having a little girl. I asked the question was she glad that her husband and herself found out to which she replied that it had taken away some of the excitement of it all and now they both know there is nothing to look forward to…well obviosuly they are looking forward to the arrival but you get what I mean; the element of surprise has gone.

When we discovered I was pregnant we both said straight away that we didn’t want to find out the sex and this would be the same if we decided to have another. My justification was that it would make me push harder in the delivery room as I would literally and figuratively be bursting to know! My biggest fear in the end was actually that my waters would break and it would be like a chocolate fountain I had eaten that much during the last few weeks…some one had to get rid of those selction boxes from Christmas! 🙂

I totally understand why people do find out. Some people just need to know everything and I don’t mean that in any sort of rude way, they literally just can’t wait  9 months plain and simple. In the case of my friend wanting to find out to get organised I can see that point aswell. She was deciding if she needed to move her son into another room and get his ready for the baby  to save decorating again etc. She would then be able, if it was a boy, to get the baby clothes she had already down from the attic and washed. Knowing, in this case, can also help in explaining to her son that a new baby sister is on the way and help prepare him for the new arrival.

As for first time parents getting ‘prepared’; other than decorating a nursery in either pink or blue I just don’t think you can prepare for a boy or girl. You can certainly get prepared for a baby , but as for the sex of it im not so sure?! Maybe it’s because I already have a child so I know that you shouldnt buy loads of clothes etc at  the beginning because of the amount of gifts you get. The generosity of family and friends is overwhelming and you are going to spend the new few years of your life decorating a blue or pink room over and over again so why not do something different in the beginning.

In this day and age, with text messaging, smart phones, online chat, the internet, and 24 hour news, surprises are pretty rare. Everything is competing for our attention and it constantly feels like information overload! Most of the time, we either know about something before it happens, or find out straight after. I think the baby’s sex is one of the rare surprises left in life, so why not treasure it and let the anticipation build before finding out at the birth?

I loved the anticipation and trying to guess what I was having via all the old wives tales, family members trying to make up their minds and my work colleagues trying to guess and opinions changing daily. Even looking at scan photos I had no idea and loved it that way..

Another reason not to find out is simply because it will piss other people off. Most people can’t believe that you don’t want to know. When you say you don’t know what you are having nor do you wish to find out  99.9% of people say “really? I’d be dying to know” I imagine this would be even better if it’s the second or third child as the question will then turn to “don’t you want a boy/girl as you already have…” No, I want a healthy baby FULL STOP. I think you find others  want to know the sex regardless if you do..maybe get it printed on the back of a T-shirt so they can see it but you can’t. 🙂

On my last day in work I was presented with a birthing cake from my work colleague Sam. He had spent all day with his financee baking me this and it was hilarious. Better than any pink or blue cake hands down, although slightly disturbing at the same time..

Oh I love a good Debate!!