Not sure how everyone is feeling but I certainly was not feeling all that festive…..that is until the snow made an appearance over the weekend. After collecting Olivia from nursery on Friday she insisted that we go into the garden to build our very own ‘Olaf’ which then turned into me having to make four snowmen to represent each member of our family, bless her!

While Zanna had a nap we were absolutely freezing outside running around like a pair of crazies. Everyone who went passed us in their cars all waved and tooted their horns but I guess it was just nice to see kids having fun in the snow and parents willing to brave the cold, whilst being hit with several snowballs! 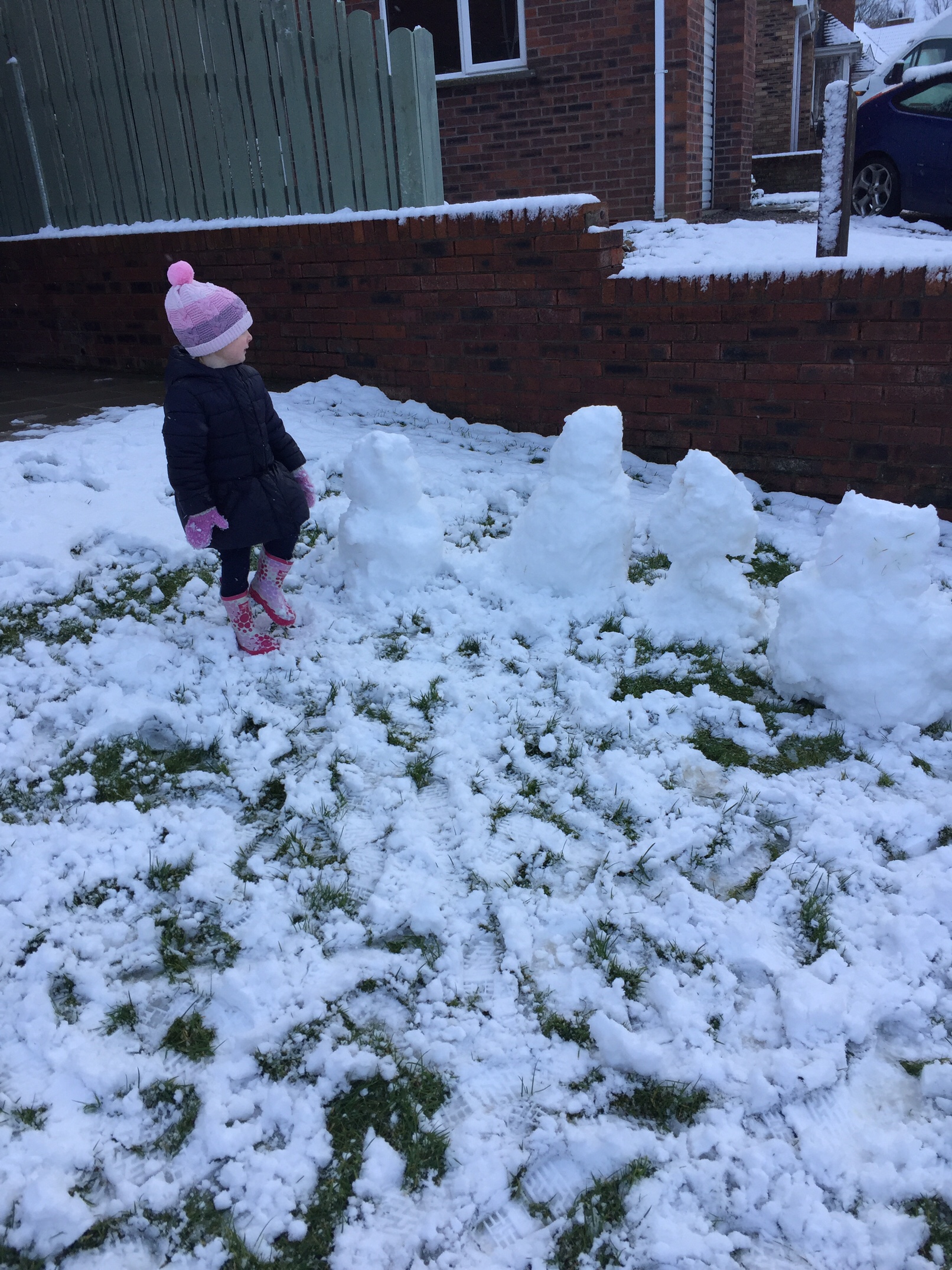 We started December off by writing our Christmas lists. Olivia had to make a letter to take with her on her nursery school trip to see santa. Of course we couldn’t leave wee Zanna out so whilst  I helped Olivia with hers Chris made one for Zanna. She might not be able to talk but im pretty sure Daddy got her Christmas list nearly 100% correct 🙂 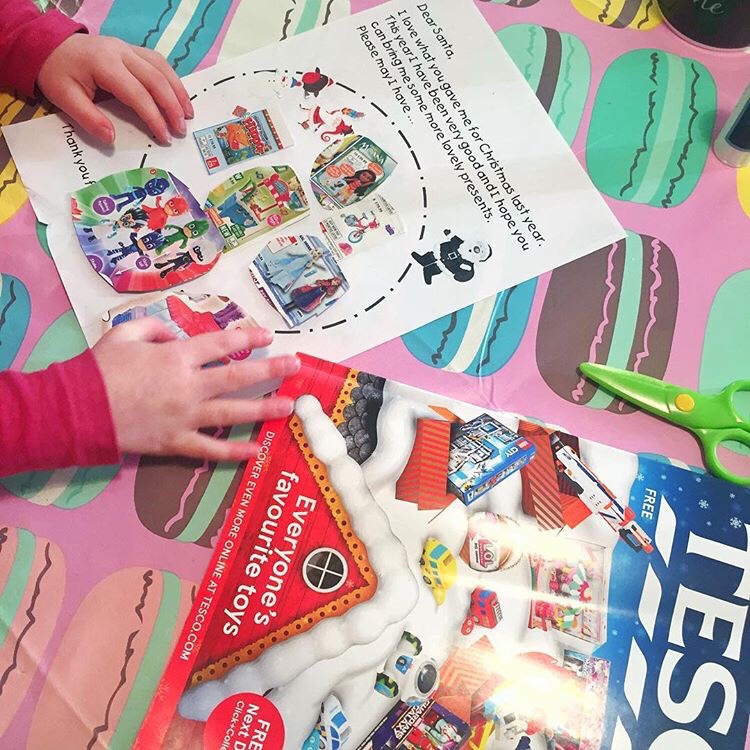 Our first of several visits to see Santa was really special as we took the steam train from Belfast Central station to Whitehead and back. This two-hour trip included a visit from Santa himself and a bag of presents of all which were excellent for the different ages groups catered for. If you are a Northern Ireland local you will know this is a lovely journey along the coast and the weather was so lovely just the right amount of cold to get you in the mood for winter. 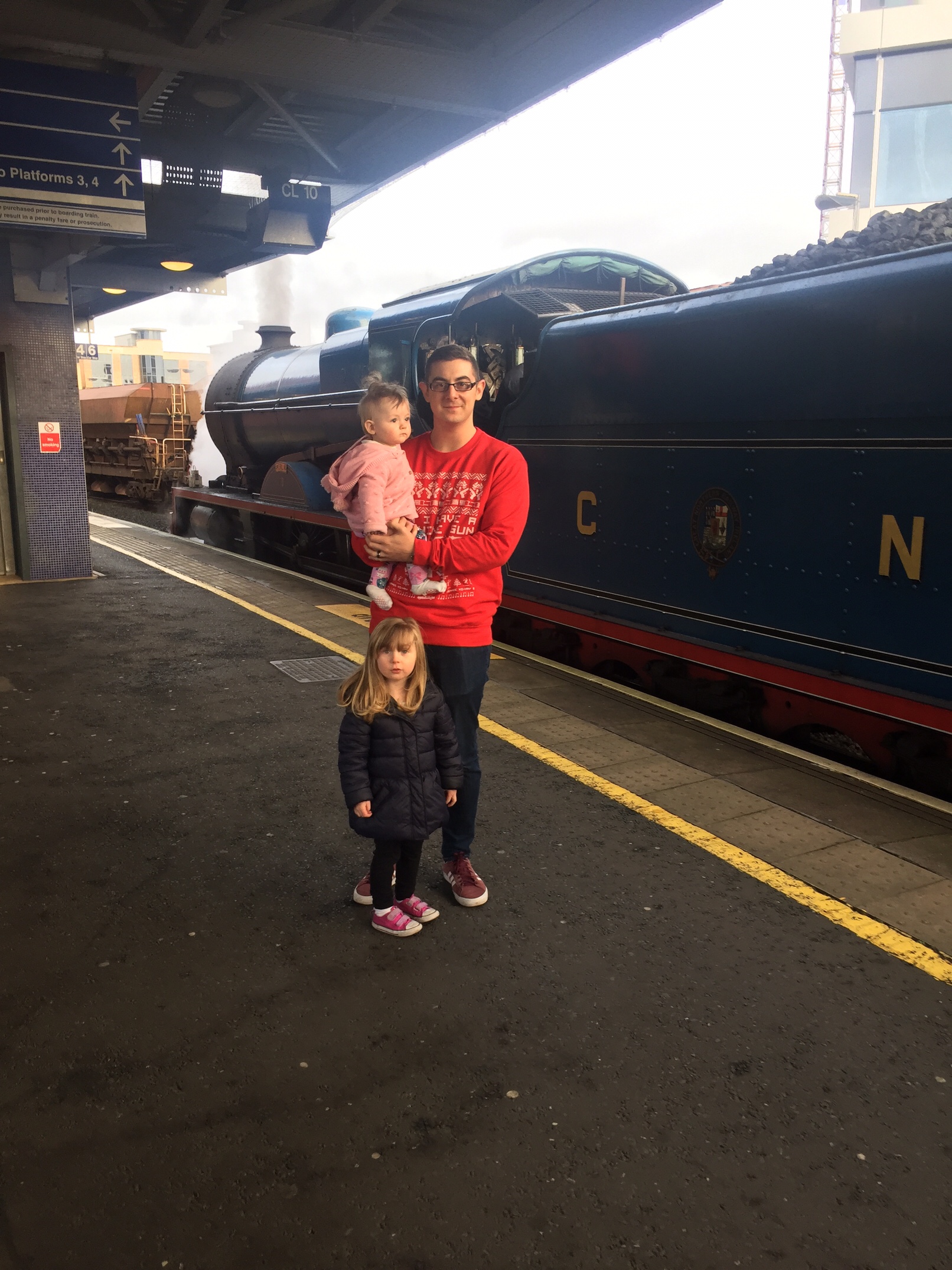 Our second visit to Santa was in order to support the Northern Ireland Childrens Hospice with a special Christmas jumper day for the kids. The kids got to have a mini disco, make some christmas wreaths, eat some top hats and get a special present from Santa ie a selection box, the first of many to follow! This was also Zannas first time meeting santa and to be honest she wasnt that enamored with him truth be told, just wait until she realises he’s the guy with the presents! 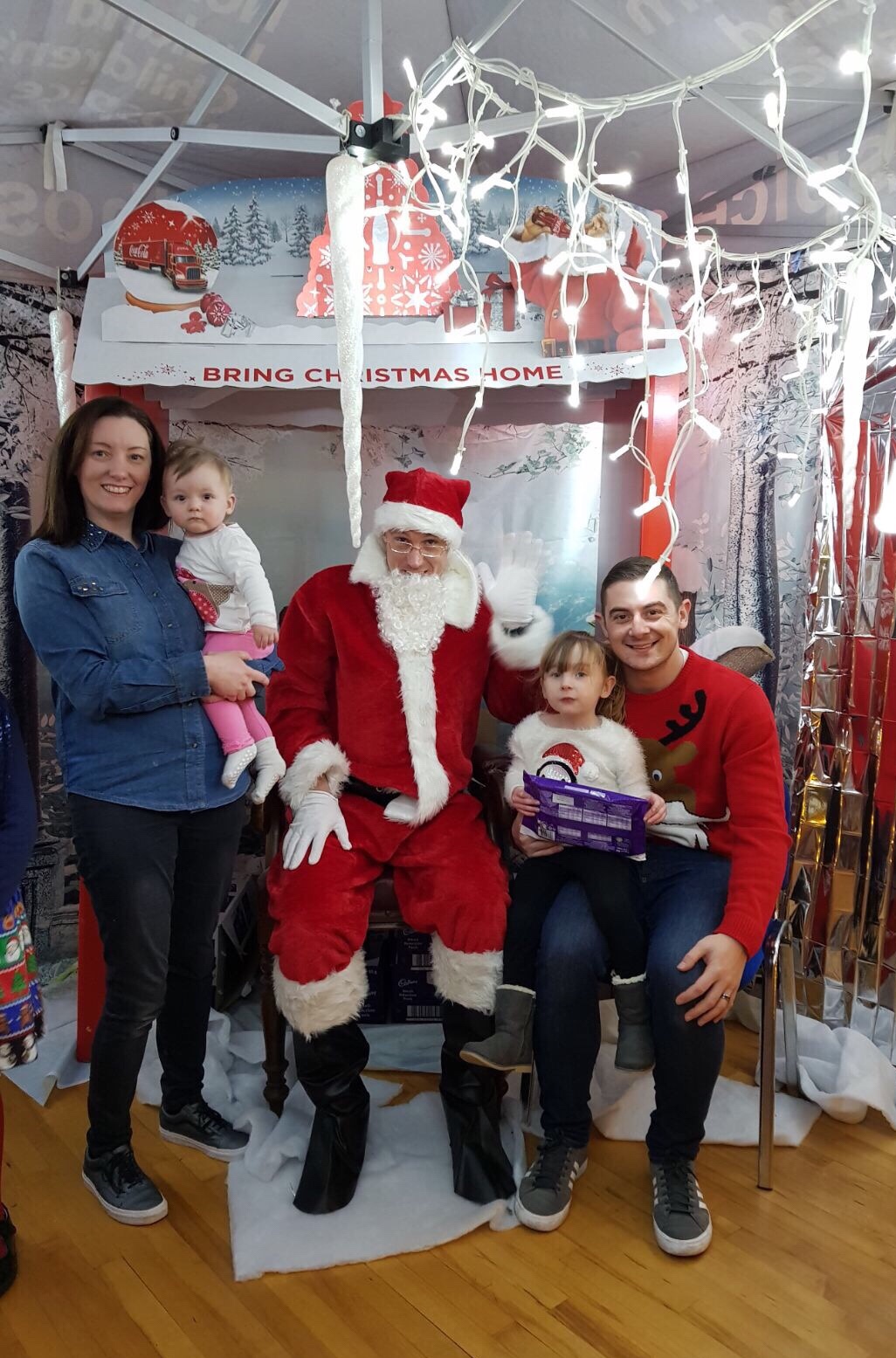 The best part so far of December has been putting up the tree. This has been the highlight definitely for Olivia especially as she remembers last year her main job was to put the star on the top so she was absolutely bursting to get the decorations on the tree so she could put the star on. We decided to just let her decorate it mainly herself and then when she went to bed we would fix it as everything was placed within her height range and the top was bare. Zanna definitely approved once she had her two-hour nap over 🙂 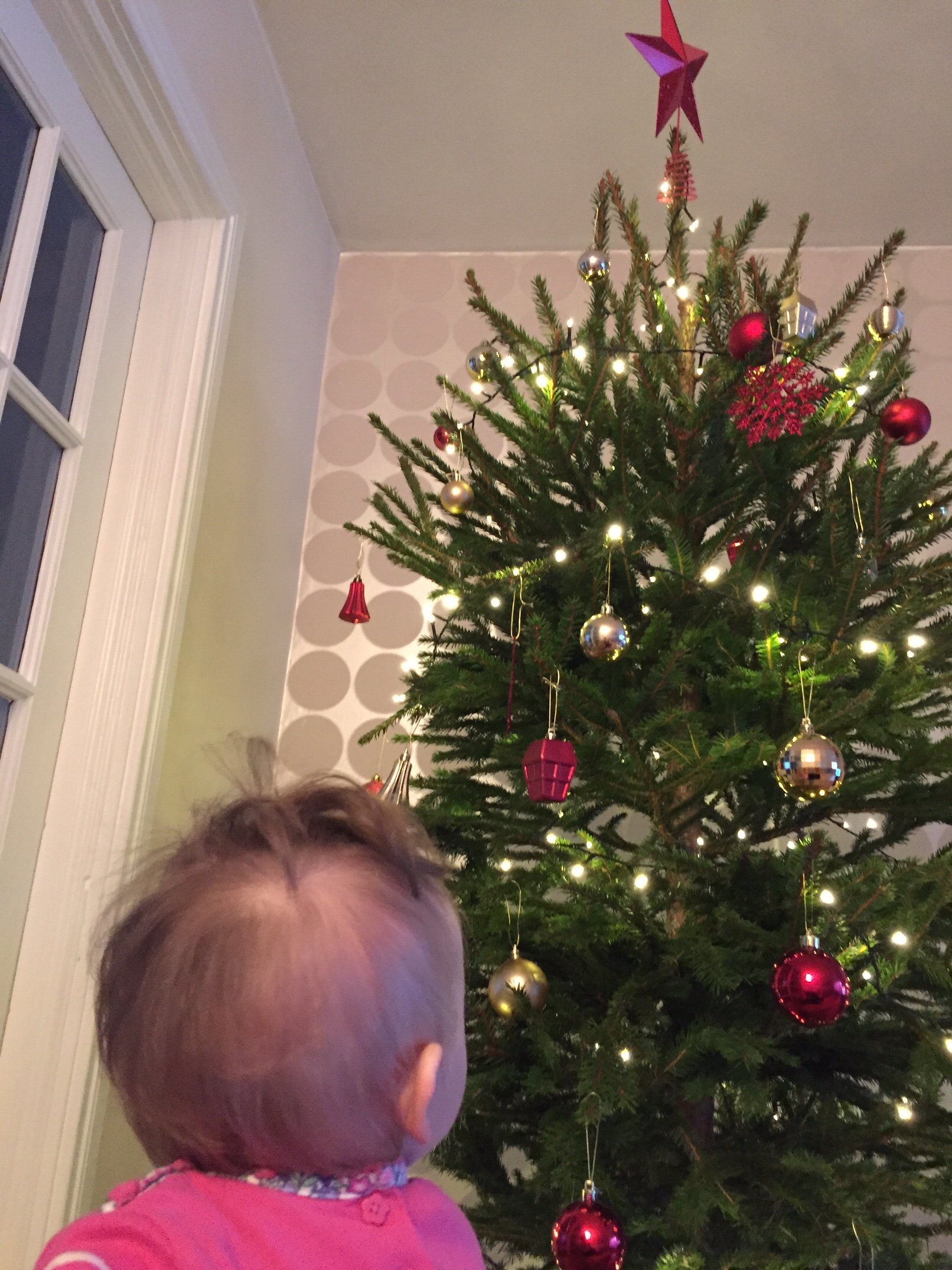 We had a spare tree from our old house that we had yet to use in this house so now we have the extra space in the sunroom we put it in there so the girls could have their own tree. Olivia and I went shopping for the decorations for it and thankfully the kid came through with the goods colour wise; maybe she has been reading some Christmas styling magazines whilst sitting in there. 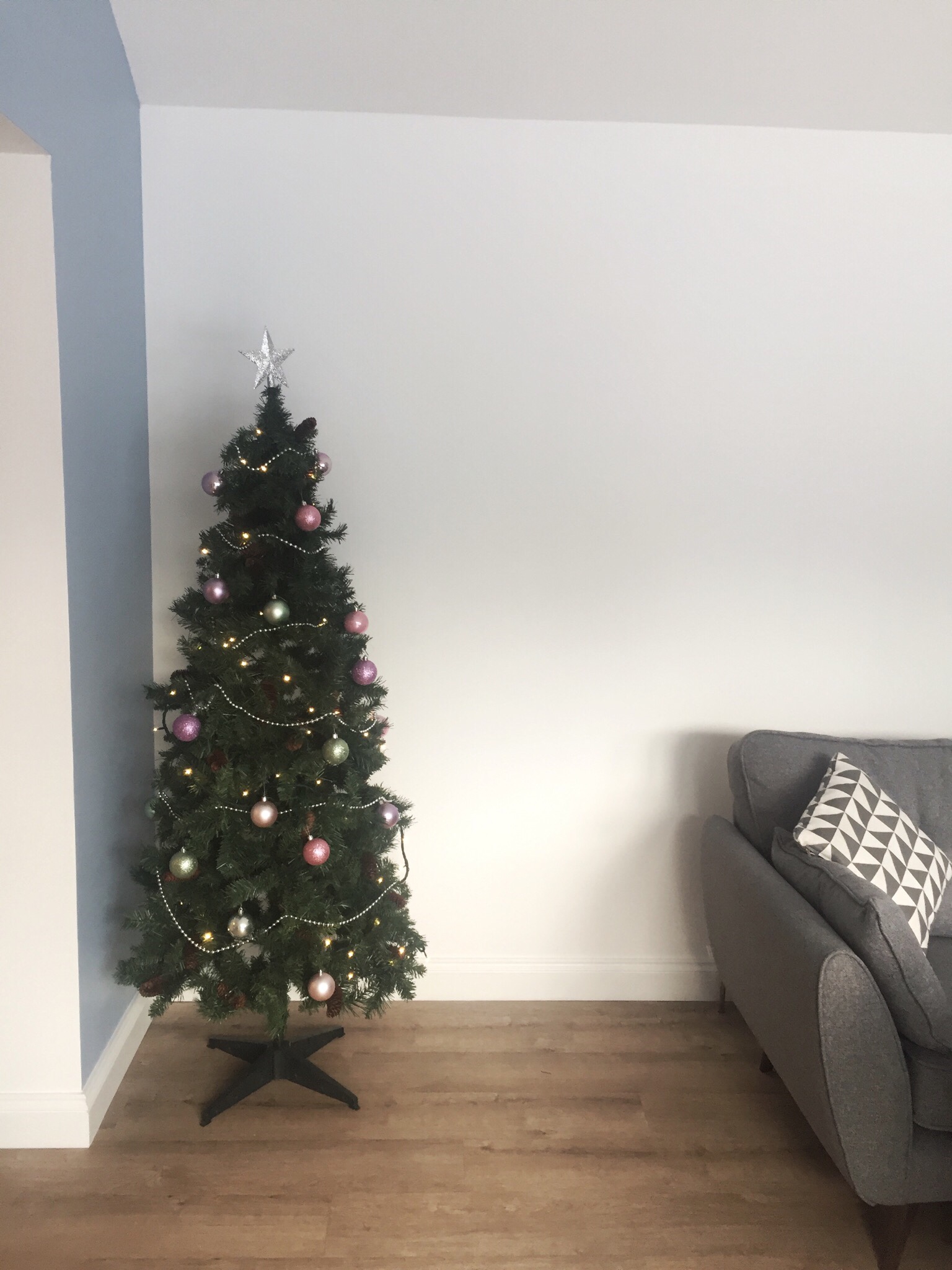 Nothing says Christmas than when the 1st of December rolls around and you can get out the christmas mugs. we are Christmas mugs addicts in our house so we literally make a cup of tea then wash the cups to use again and again and again. No other cup gets a look in! These red Christmas mugs were our first ones that my mum bought us from M&S and we just love the green elf ones from Home Bargains we got last year. We even got two more that say “Big Elf” and “Little Elf” that the kids can use in years to come, if they manage to survive that is after being tossed around im sure. 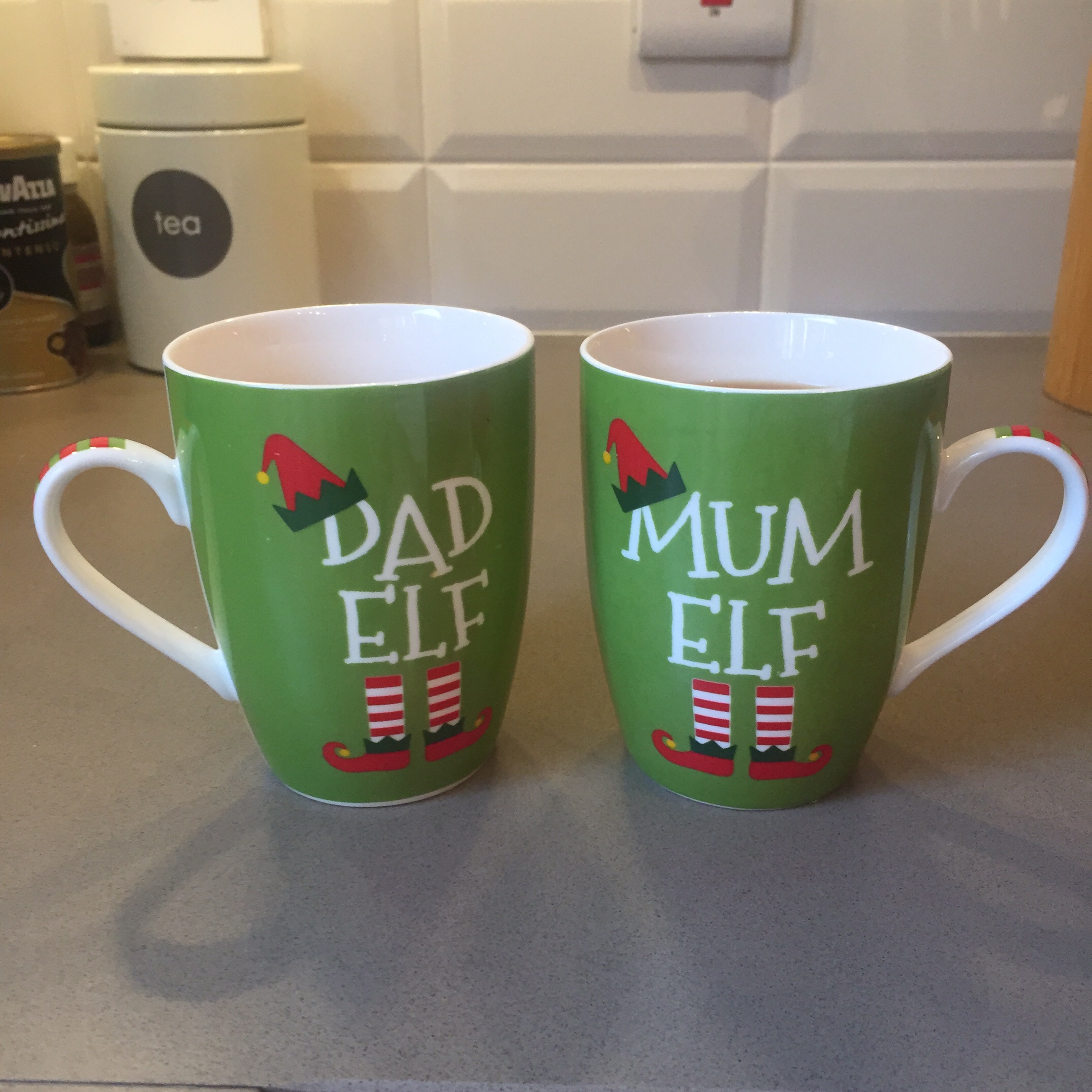 This post has turned into a bit of a ramble so ill wrap it up with this, the highlight of Christmas for me thus far.. (Zanna turns one on the 21st so that is my overall December highlight of course!)

I was helping out in Olivias Nursery as they were having an open night for prospective parents for enrollment next year when I spotted all these santa paintings on the wall displayed in all their glory in the main entrance hall. Olivia is not really crafty and into arts at all she much prefers the great out doors over anything in the classroom. I literally could not belive my eyes when there it was slap bang in the middle of the wall….a painting by Olivia and I mean a good one….Move over Van Gogh there is a new artist in town! It could be one of my most proudest nursery moments to date, although her performance is the school nativity is this week and she’s heading up a crowd of pigs in Bethlehem so the bar is set high! 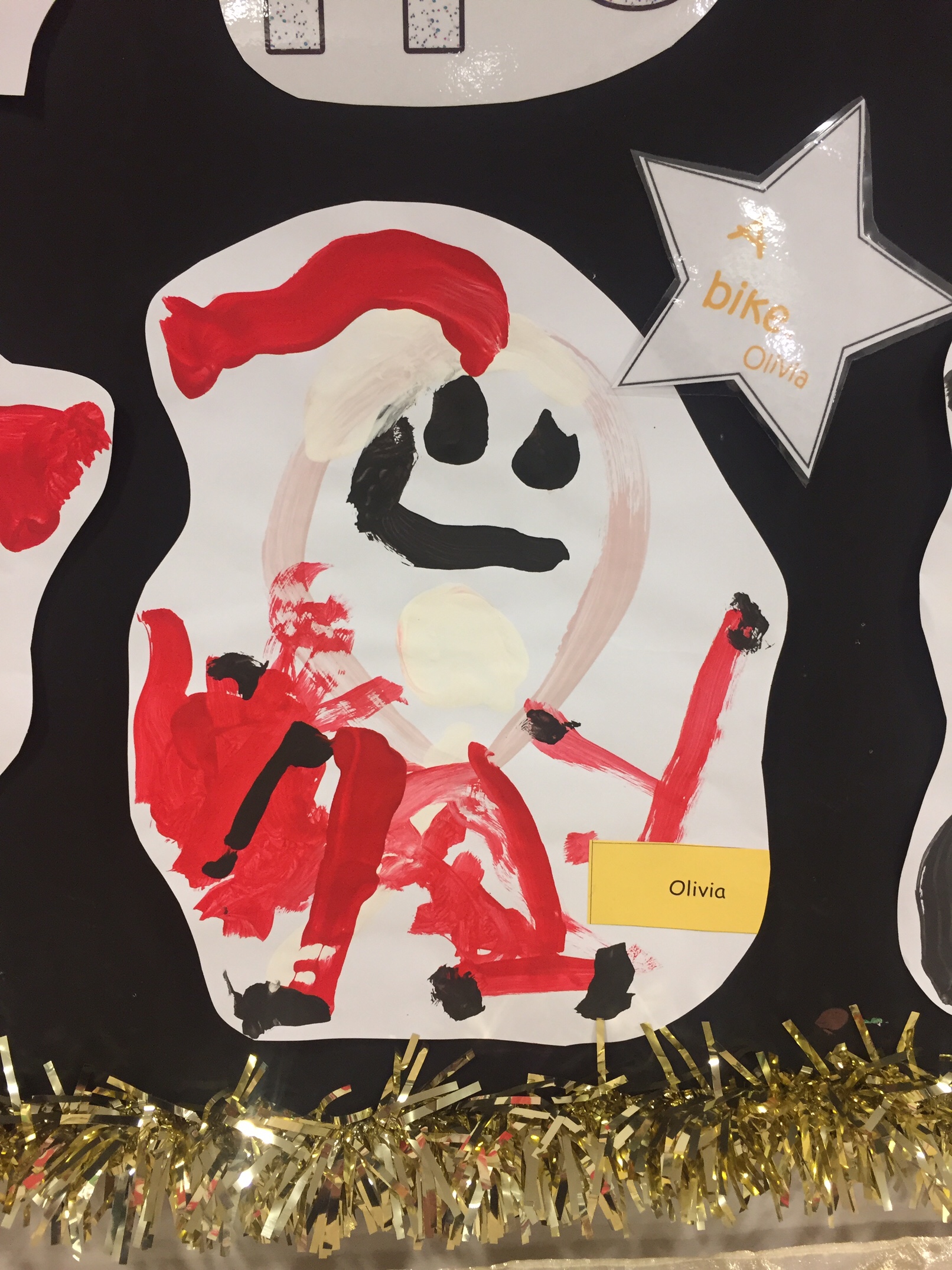 Hopefully the festive moods continues even though the snow is melting. We are about to get in full party mode for Zanna to celebrate her first birthday and not forgetting of course the return of the prodigal sister from London and the special cousin from Carlisle. Then Christmas can really begin!