Skip to Content
Home family And So The Time Is Near…

So we have arrived at the most wonderful time of the year…December to most but in the Henning household this now means Baby time!

I’m writing this post from the comfort of my home whilst maternity leave has commenced and I’m bouncing on a birthing ball, yes you read that correctly  🙂 I would ask you to picture the scene but its all a bit strange I understand!

I just wanted to catch up with everyone on what has been going on in the closing few weeks of November and the first week of December with us. Its  been a busy time and its about to get a whole lot busier as im sure you could imagine!

I had really mixed feeling during my last week in the office. I literally couldn’t believe the time had come for me to leave as the last 9 months have gone so quickly yet I was so ready to have a break. I spend the week getting caught up on paperwork, setting reminders for my Sales Manager and handing over to my replacement so it all went quickly. I was very spoilt by my work colleagues who arranged lovely flowers for me and a Prosecco gift set which I have contemplated taking to the hospital with me as I am that excited to finally have a glass of bubbles; it’s the time of year when you just think you should always have the sparkly stuff in your hand I guess 🙂 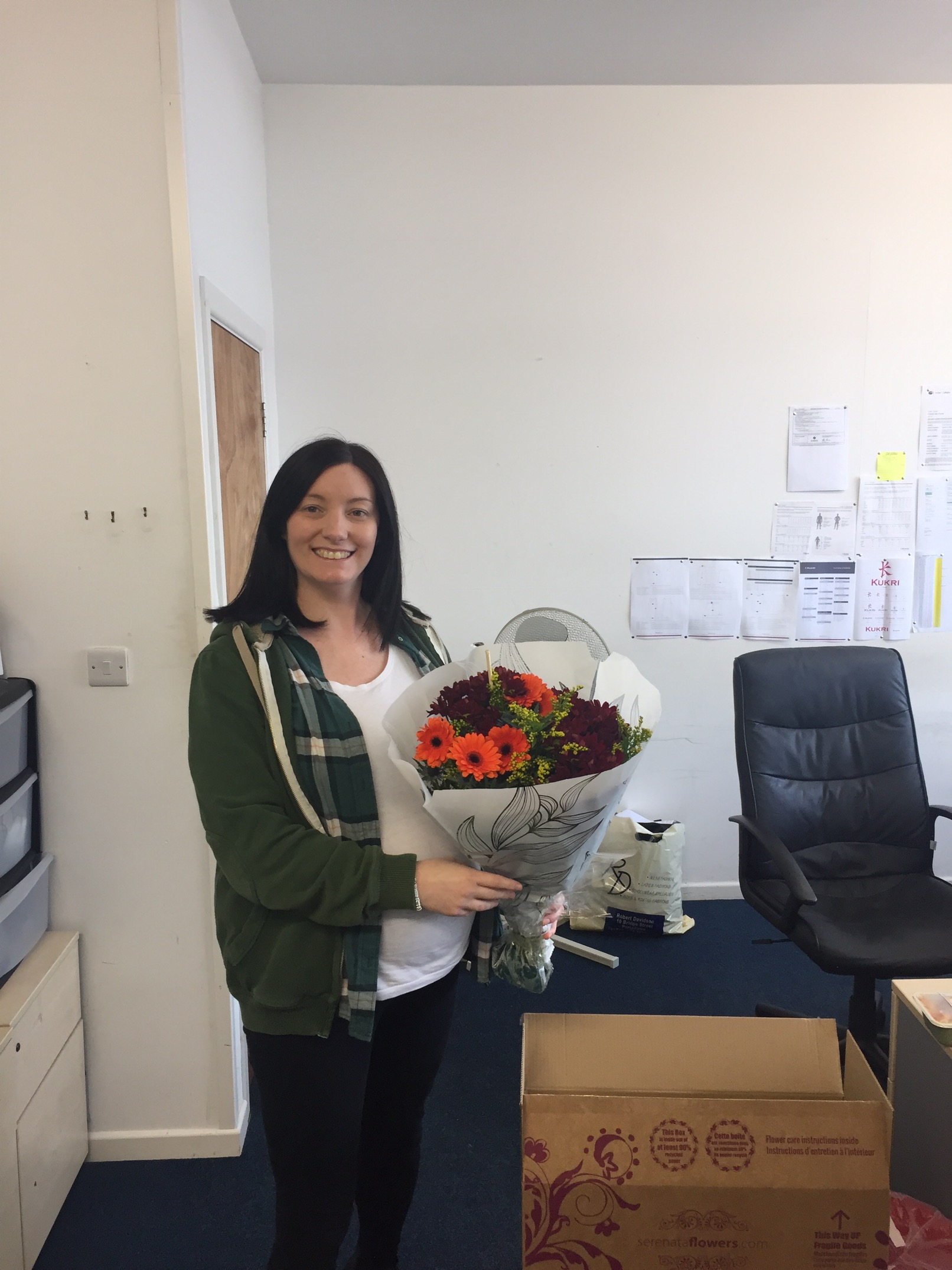 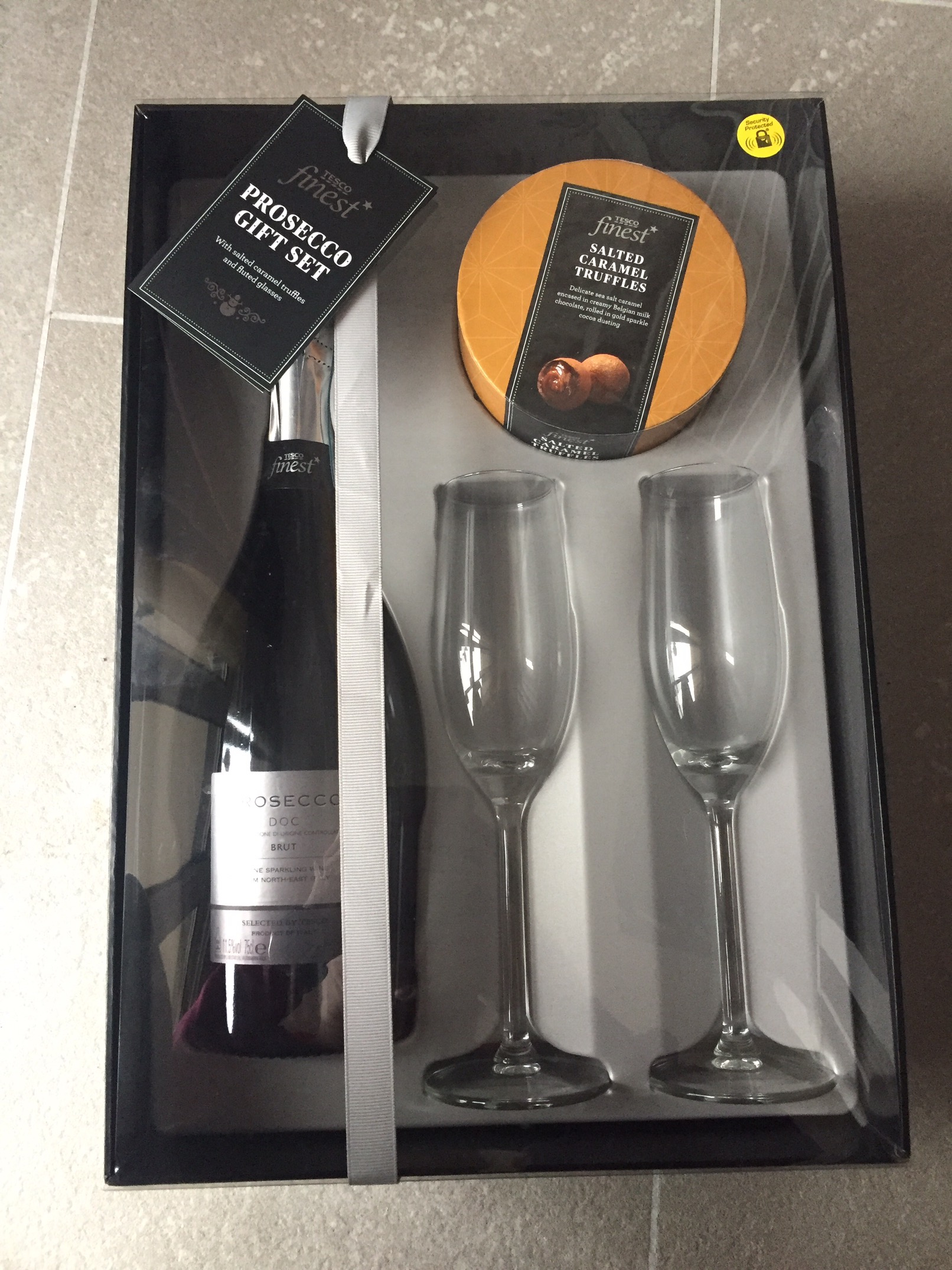 On top of all the presents we ate like pigs. There were sweets galore along with cakes, cream buns, desserts and chocolate overload. I managed to struggle through, I know im a trooper what can I say! 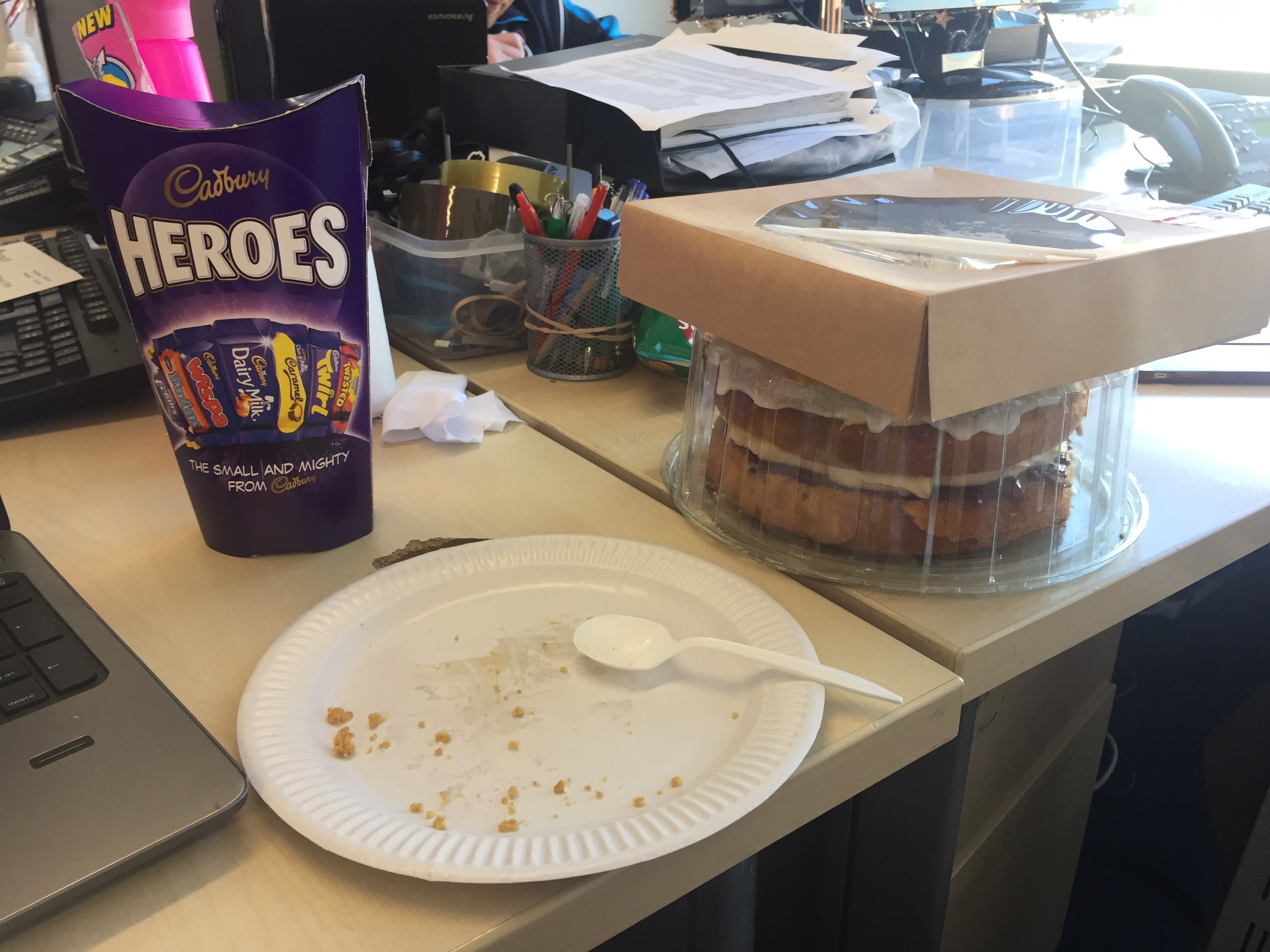 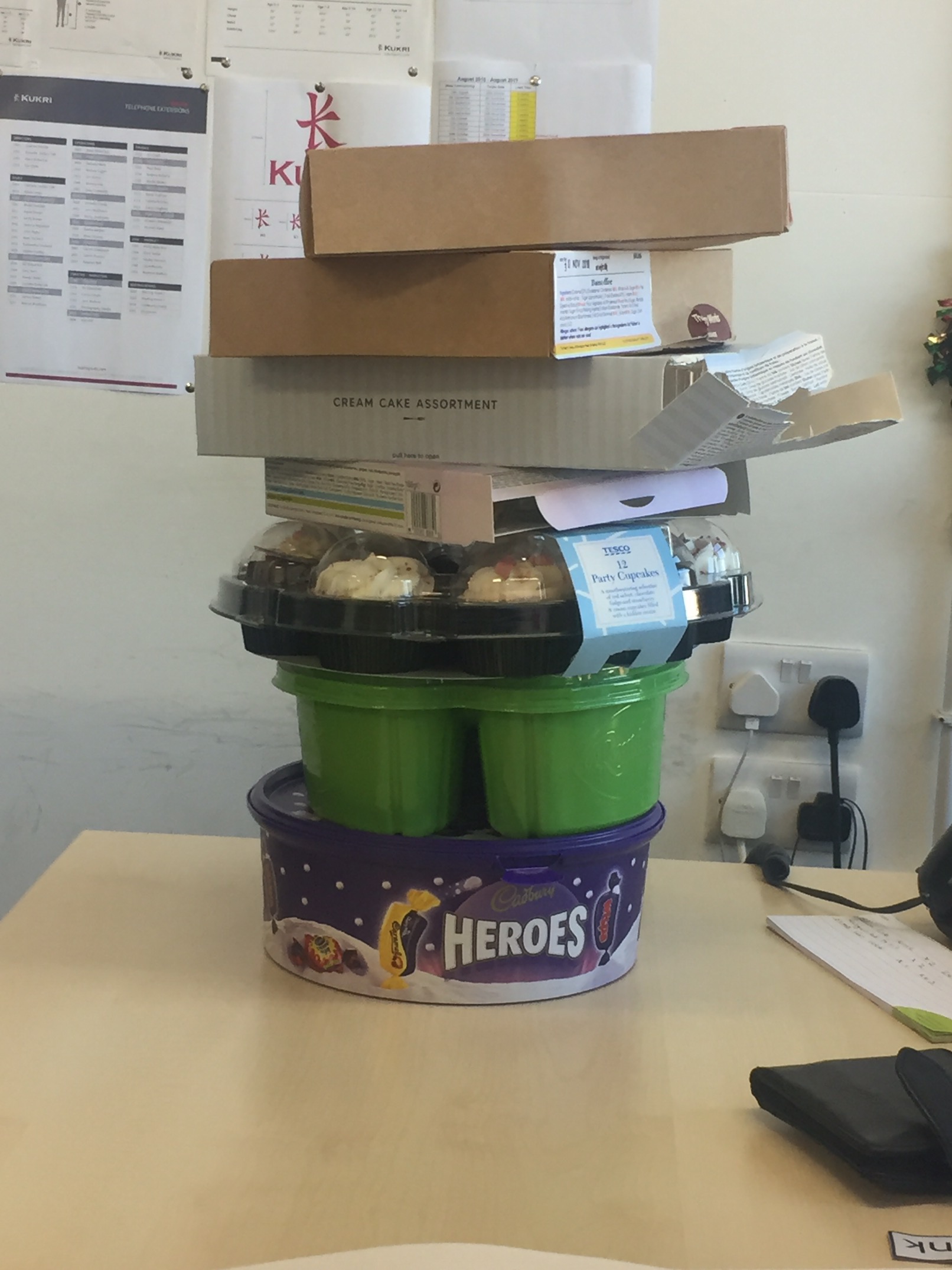 When the clock struck 5pm I thought it was only right to play a practically joke on my colleague Cliff who during both my pregnancies had the absolute fear that my waters would break in work and the office staff would have to deliver the baby. Very highly unlikely but I thought it was too good an opportunity to miss. I went into our staff room and it was just coincides that our kettle had been leaking so there was a puddle on the floor to be mopped up so I just plonked myself in the middle of it and called him downstairs. Well I have never heard a grown man scream and move so quickly up a flight of stairs that’s for sure infact I laughed so hard I thought my waters were going to break! Sorry Cliff, you made it too easy!!

It was surreal not setting my alarm for work the following week especially when im such a creature of habit and enjoy the routine of work. My first real day of maternity was a Tuesday as im off Mondays and Fridays anyway so it was really nice to wake up a bit later as Chris was able to sort Olivia out getting her dressed and breakfast. Tuesdays are their day together so I managed to cramp their style by going along to a craft class and then a parents and toddler group. I did get treated to my lunch lucky enough and if you are local we would recommend The Vintage Rooms in Hillsborough which was delicious! 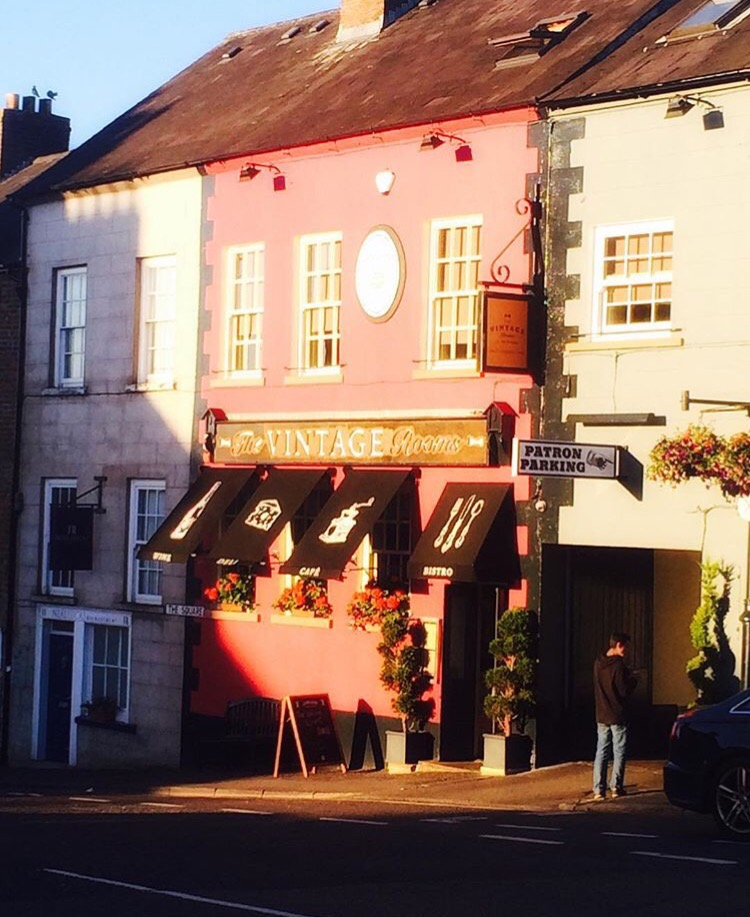 Wednesday and Thursdays and Olivias days with her childminder and we have just continued to send her the last 2 weeks while im off as not only do I get a break and the opportunity to catch up on things around the house but she loves going and the company that she has there so we didn’t want to break that routine for her. I’ve also been able to get a good bit of my Christmas shopping sorted before the baby makes an appearance without a 2 year old screaming from the shopping trolley so win win.

It would seem even though this my 2nd pregnancy there are just so many midwife appointments to go to. This rascal of a baby had been breech for several weeks before I attended a hospital appointment with a consultant to try to turn the baby via a procedure known as an ECV. I made the stupid mistake of googling this and all the stories where horrific so I was dreading it! In the lead up to this appointment I had literally tried all the old wives tales you could imagine to get the baby to turn. I was lying in all the most peculiar ways, had some acupuncture, reflexology and even went as far as going to see a Chinese medicine man who performed a moxibustion procedure on me. Anything to avoid a C section that’s for sure. Turns out when Chris and I arrived at the hospital the baby had turned itself, cue the tears of relief from me and the celebration from Chris that he got the day off without having to hang about at the hospital for hours. So far so good the baby has stayed head down and we are ready to rock n roll. My midwife told me yesterday she would very surprised if there was not a baby by the weekend (my due date is  Monday) so we have everything crossed that for.

So on that note the washing machine has stopped so time to get another load on; I’m definitely nesting! Cheers to the weekend and hopefully the pending arrival of our little one… 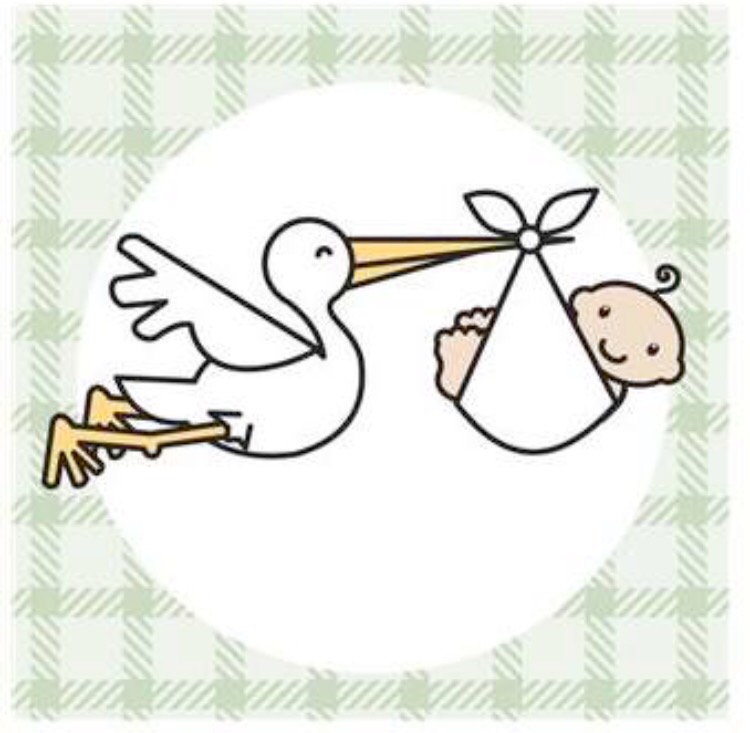