Skip to Content
Home Travel A Trip of 2 Halves

Between Christmas and New year Chris and I went to Manchester for 3 days for a kid free trip as part of his birthday present from his parents. The main purpose of the trip was to attend Old Trafford for the Manchester united vs Chelsea match. My Hubby is a United fan through and through…but dont mention how the season is going at the minute (Yikes!) and this was his tenth trip to the theatre of dreams and he is yet to see Manchester United lose there so he must bring some luck 🙂

When I first think of Manchester I do think of football, its been drummed into me but I also think of SHOPPING! The best place is the Arndale Shopping Centre for a good bargain during the sales. 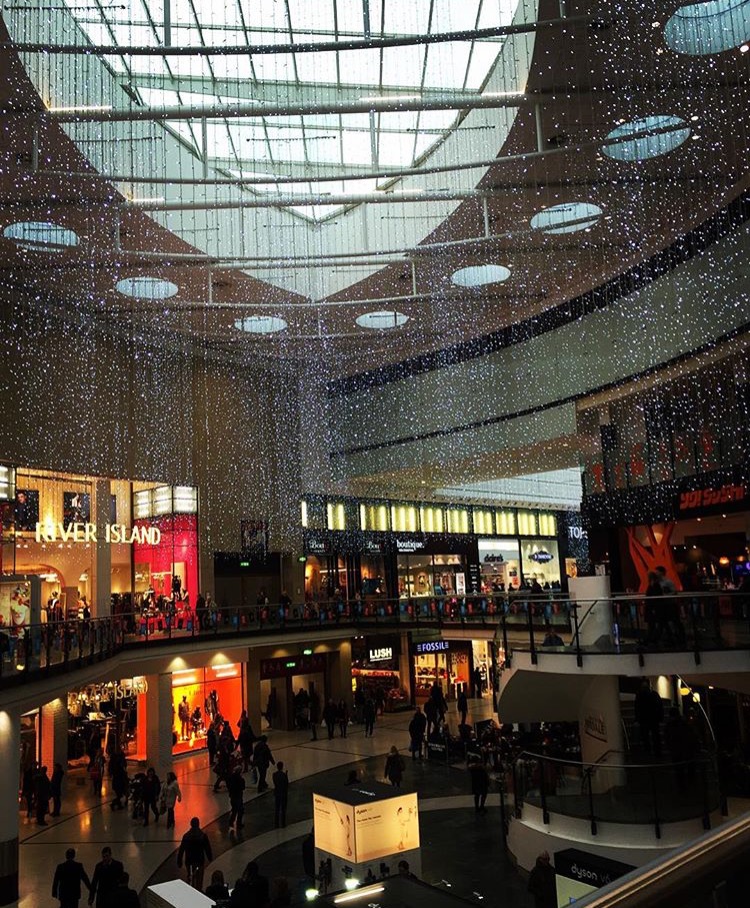 I love a good bargains but I made a rookie move and only brough hand luggage with me but that didn’t stop me purchasing a pair of boots from Office and a couple of bits and pieces for Olivia. The shops are overwhelming compared to the shops we have here in our city centre of Belfast. Dont get me wrong Belfast is great but Manchester is the right sort of big. Big enough to look around without too many people on top of you and a bigger choice on offer, the perfect shopping experience. Even Chris didn’t mind looking around the shops but he got a well deserved pint afterwards 🙂 Major Husband brownie points.

We stayed at the Holiday Inn Express in Salford Quays which was the perfect location as we were out of the hussle and bussle of the city centre and our view was old Trafford out the front and the Lowry outlets on the other side FYI there is a Cadbury outlet in this centre….need I say more :):) The tram is just next to the hotel and cheap as chips to get in and out of the centre at £3.00 return. There are a number of restaurants at the Lowry centre which was handy for somewhere to eat especially after the match.

Fottball.Football.Football.  After all the shopping it was my turn to be trailed around as we paid a visit to the National Museum of Football which in fairness was very interesting. It has free entry and plenty of memorabilia and interactive activities to put in an hour or two.  My knowledge of the game is increasing along with my utter coolness obvs!  Major Wife brownie points.

We had to make our way back to the hotel early enough to get over to Old Trafford to “soak up the atmosphere”. We went to a bar called Sam Platts just opposite the stadium and it was in a word HEAVING with United fans! Chris informed me it was like this on all match days and loads of people were videoing all the fans chanting – turns out they are quite popular on youtube with plenty of uploads 🙂 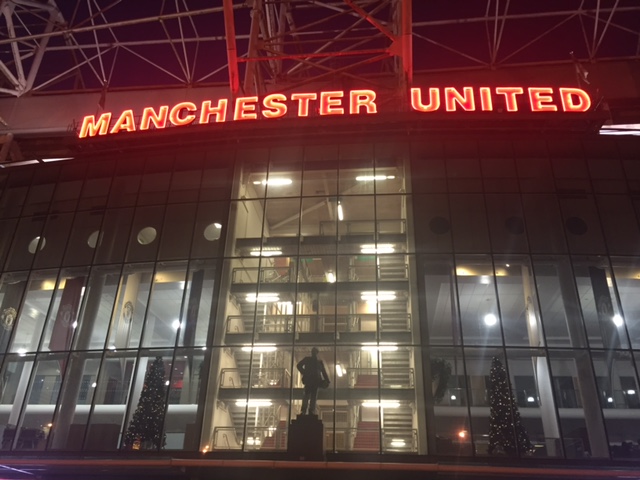 Unfortunately Manchester  United didn’t win…but they didn’t lose either, it was a draw. The atmosphere was brilliant and thankfully 75,000 people seated side by side certainly helps keep you warm on a cold December night 🙂 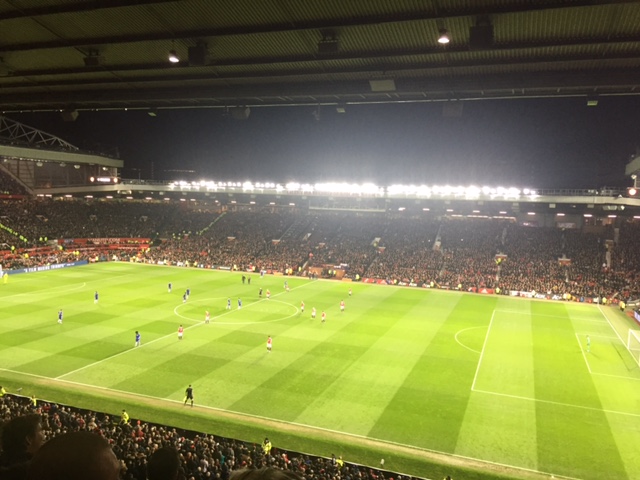 Our hotel was located just next to Mediacity UK where all the filming happens for ITV and the BBC. We took a walk over to see if we could spot anything interesting and sure enough we got to see the headquarters of the BBC and the set of Match of the Day through the window and the Coronation Street stage studio over at ITV. 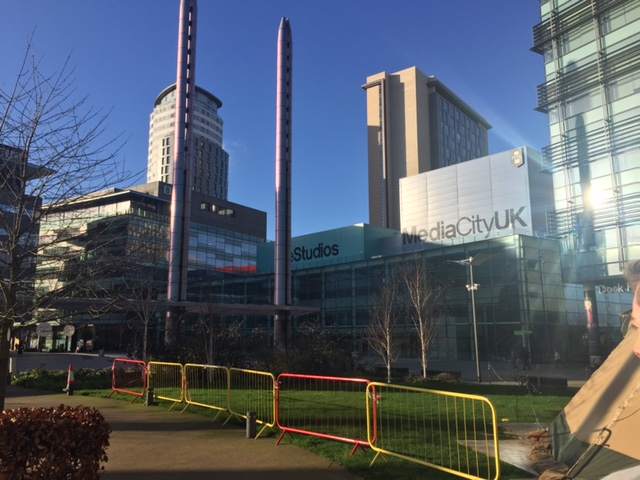 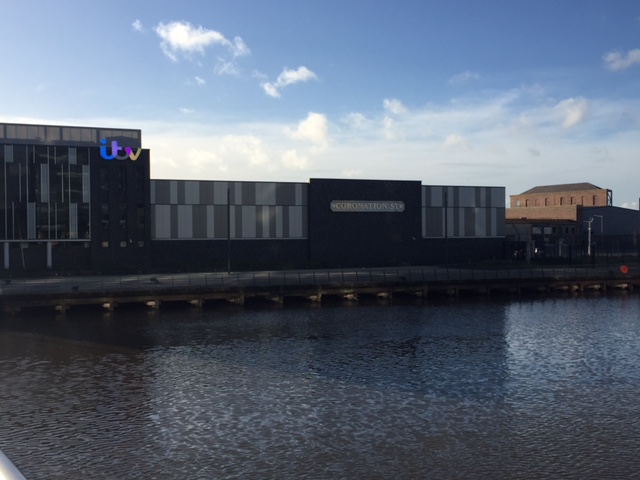 All in all we had a great 3 days away and as for Olivia….well lets just say she cried having to leave her grandparents and Auntie and come home with us as she was the centre of attention 24/7 :(:(

Its back to porridge for all three of us until the next trip away which we need to get booked…..we are going to the travel agents on Saturday to rectify this 🙂