We are so lucky that Olivia only ever used a dummy at nap times and bedtime to sleep; it never left the bedroom and she didn’t rely on it all through the night really just to get her over, especially on those days she decided she didn’t need a nap during the day so when bedtime rolled around she was clinging to life and the dummy helped knock her out within minutes.

While I myself had a dummy as a child I am not that keen on them simply because I believe I have seen them used in the wrong way.

I have witnessed parents giving their children dummies just to shut them up which in my opinion is quite cruel, and it’s just that, my opinion. Yes at times Olivia can go on and on and is quite the chatterbox and yes its annoying at times but we wouldn’t have it any other way.

*Disclaimer* That is a lie I sometimes hide in the toilet for a minute of piece before I hear outside the door “Mummy Wee Wee” in the loudest voice EVER!

If we were to shut her up or try to get a break every now and then her speech wouldn’t be as good as it is and we are told quite regularly that she has brilliant speech for her age (she’s not even two yet) and we are very proud of that. My Cousin is also training as a Dentist at the minute and again reiterated the effects that a dummy can have on speech and also on teeth development so we were glad Olivia only ever looked for it in relation to sleeping. There is also the most distressing story about a dummy that my friend posted on facebook as she treated a baby who had choked on a dummy teat after it broke off in the child’s mouth (read here) We definitely did not want to risk that happening to Olivia. 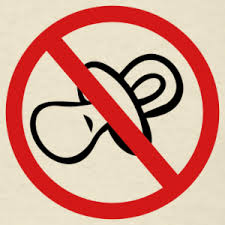 I had been thinking of getting rid of the her dummy for a while and thinking about how we could go about doing it and explaining it to her. In truth, I couldn’t come up with an answer so I put it to the back of my mind until the weekend just passed. When I went in to get Olivia on Friday afternoon from her cot after a snooze I noticed she was swinging the dummy around. I asked her for it and when she gave it to me the teat was broken in half but still attached to the dummy. It really frighten me because up to this point Olivia had just sucked it not really chewed on it that I had witnessed. This was now a choke hazard so had to go. I was feeling quite good about it all and confident. Then came bedtime. what a disaster! We put Olivia to bed at the normal time done all the same things said goodnight to her and turned off the light. The howling was probably heard at the other end of the street! We were kind of prepared for this but after 30 mins it was torture and Daddy was in particular struggling with the idea that is was just to soon to get rid of it. We thought maybe she was too young to understand where it had gone so we gave her a spare one and decided to try the next night and stick to our guns.

The next morning I spent a good hour looking online for success stories on getting rid of the dummy and how people explained to their kids were it had gone etc. The most common on was the dummy fairies but I didn’t think Olivia would understand that to be honest. Shes pretty good at understanding when the tv is “broken” ie mummy and daddy are sick to dead of Noddy and Peppa Pig and also when she has the last spoonful of dinner she knows it’s “all done” and there is no more coming. Olivias grandparents got her a book for christmas called “Princess Pollys big girl bed” which describes how Polly is a’ big girl’ now not a baby and needs to move into a bigger bed and she gets that too.  I thought I would use vocabulary that she would get. 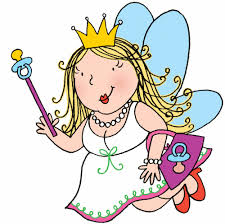 The entire morning we spend talking about how the dummy was broken and all done and that she didn’t need it anymore as she was a big girl now and only babies needed dummies. She seemed to get it right from the get go and kept saying it repetitively. My closest  friend just had a baby girl called Darcey and Olivia is obsessed with talking about her at the minute. Without prompt Olivia turned to me and said that baby Darcey has her dummy and I said yes and that was that. She had her afternoon nap without dummy successfully after choosing a cuddly cat toy to sleep with instead. The same happened at bedtime. Chris and I spent Saturday night turning up and down the volume on the TV, checking the baby monitor several hundred times and at one point I even went upstairs to check on her, Olivia had done it – she had gone to bed with no dummy and it was a SUCCESS!! How did we get so lucky??!! :):) It was the same the next night and the night to follow. Hallelujah!

I definitely think the key here wasnt just about picking the right time. We had to do it we couldn’t take the risk of her choking. What would be the point of buying another dummy just to wait for her to chew that to pieces too. It was all down to her level of understanding and how we talked to her about it and she seemed to get it. Also it seemed to be successful with using the ‘treat’ as such when she got to choose a new cuddly toy to take to bed each night. This made her really excited, infact so excited she didn’t even nap on Monday because she had a panda bear in the cot; all I could hear on the monitor as she jumped up and down was “Panda, Panda” on repeat!

I hope I am not speaking to soon but so far so good, Olivia is definitely on the way to the next stages of being a Big Girl 🙂