April has been a pretty busy month for us so I thought I would do a little round up of what we have been up to; that and the fact ive become pretty useless at keeping the momentum of this blog going whilst on maternity turns out it’s not a 9 month holidays after all…just stating what every man thinks but rather quite a handful 🙂

April kicked off with a bang when we attended the wonderful wedding of our friends Richard and Emily. I am forever keeping Chris going as 99.9% of my friends are all married and have 2,3 and in one case 4 children already and none of his friends have taken the plunge. Famous last works as now we have four weddings this year so finally those guys plucked up the courage to give us parents a day out and we are looking forward to each and every one of them. 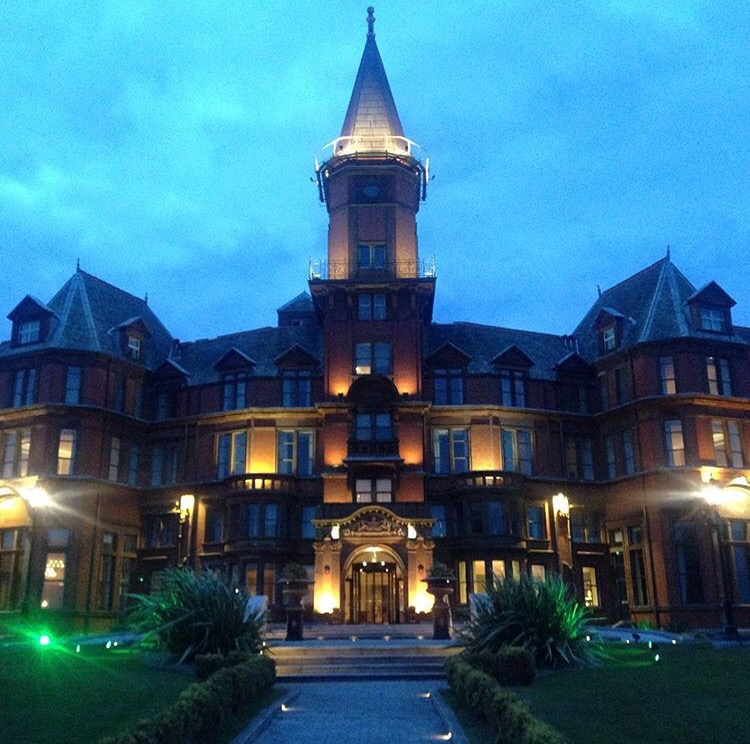 The McKnights had a spectacular venue at the Slieve Donard hotel in Newcastle. Both Chris and I had never been there before and we were both very impressed. The views were beautiful and definitely help set the tone of the day. Everything from the ceremony, the meal, the entertainment was just great and the attention to detail was very evident resulting in a fantastic day. 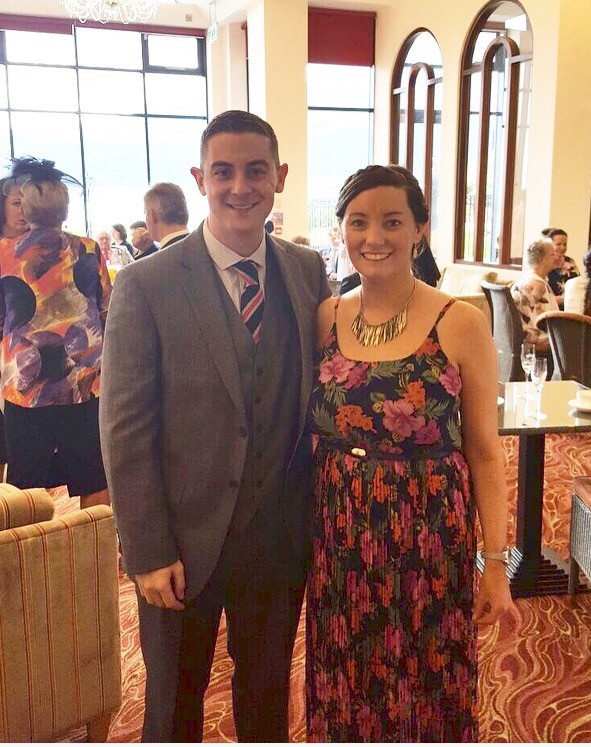 We have both decided we would love to go back for an overnight stay as ive heard great reports about the restaurant and the spa looks amazing! I’ll start dropping the hints to the hubby and keep my fingers crossed 🙂

As I mentioned previously we have the luxury of my parents owning a holiday home in Bushmills so off we went on our travels for a few days.  I remember the days when I could just throw Olivia in the car with a small bag of clothes and we were ready to go but its a whole different ball game with a baby again…2 full cars later and a toddler travel sickness incident we made it to the North Coast in one piece (just).  As soon as my car turns into the development where our house is I just relax automatically. My folks are always up and down at the house and we don’t rent it so everything is there and it’s really a home away from home. It is Olivias favourite place to go and its known in our family as the “beach house”. You just have to mention those words and her eyes light up.

On the North Coast you really are spoilt for choice when it comes to eating establishments and one of our favourites’ is Tides in Portstewart. They have a great deal whereby you get either a starter and a desert or chose one of them along with a glass of wine or beer  for the price of your main course. It really is amazing value and the kids menu is good. Olivia loves their colouring pages and the colouring pencils you get and they can keep her occupied the entire meal which is a lifesaver for us. Thankfully on this visit Zanna slept the whole time so we didn’t have to rush our meal as per usual! 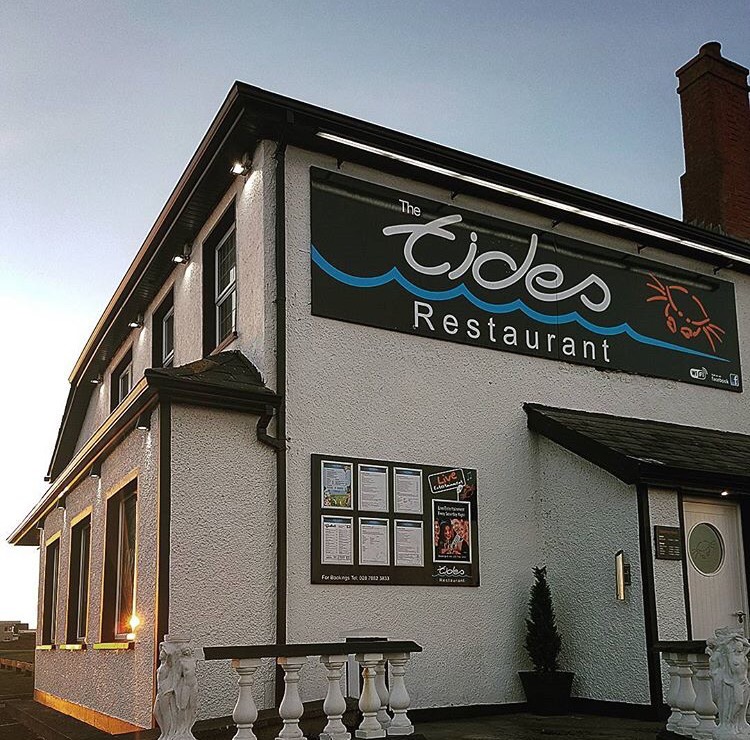 We had a really exciting Easter Sunday this year as Olivia now understands the concept of the eater bunny, eater egg hunts and of course the fact you get tonnes of chocolate. Olivias favourite book is “We’re going on a bear hunt” and I found a different take on this in my local supermarket called “We’re going on an egg hunt” so that proved popular along with some wind up chicks and rabbits – she likes to race them against each other and an Easter egg decorating kit. 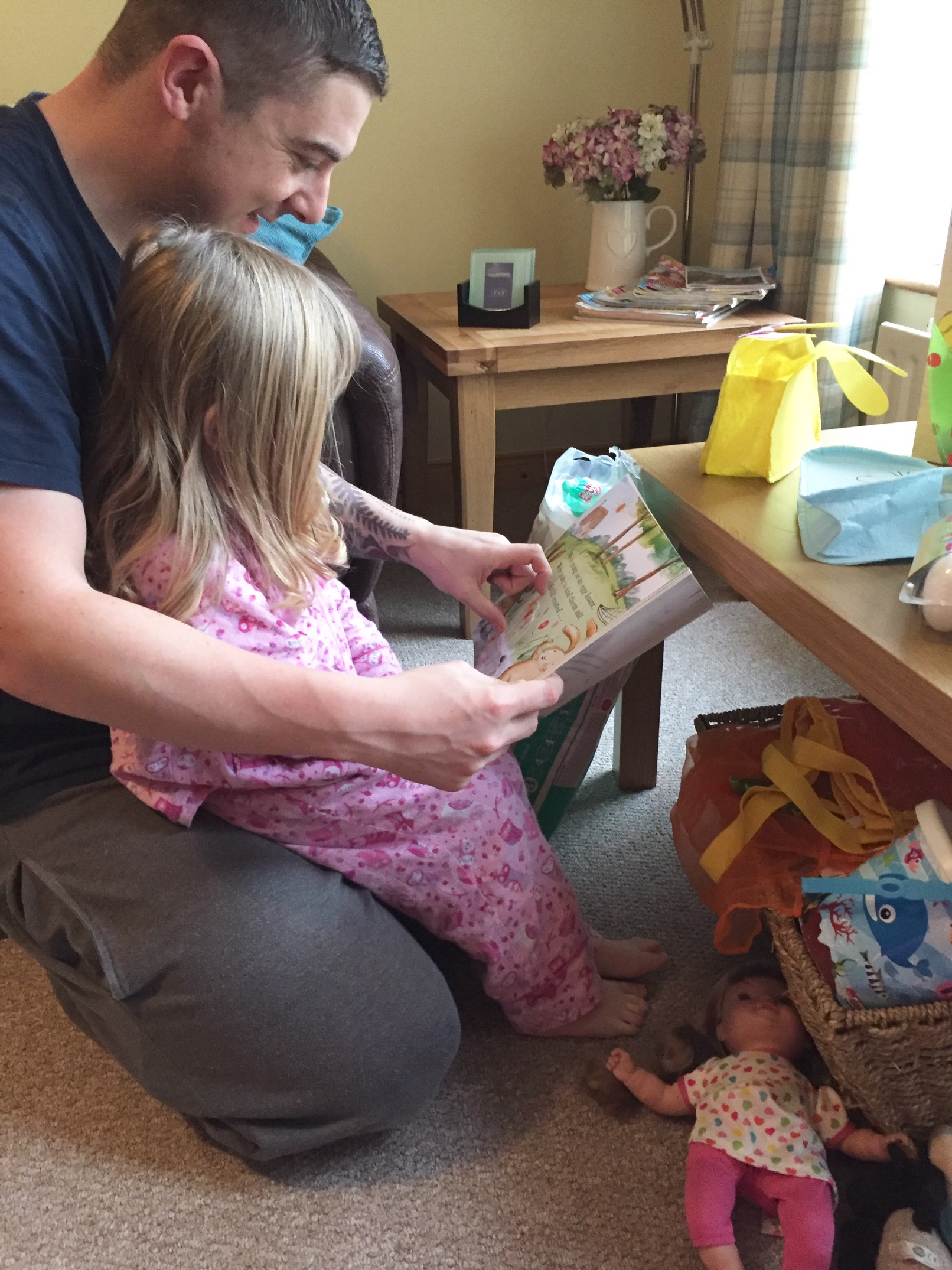 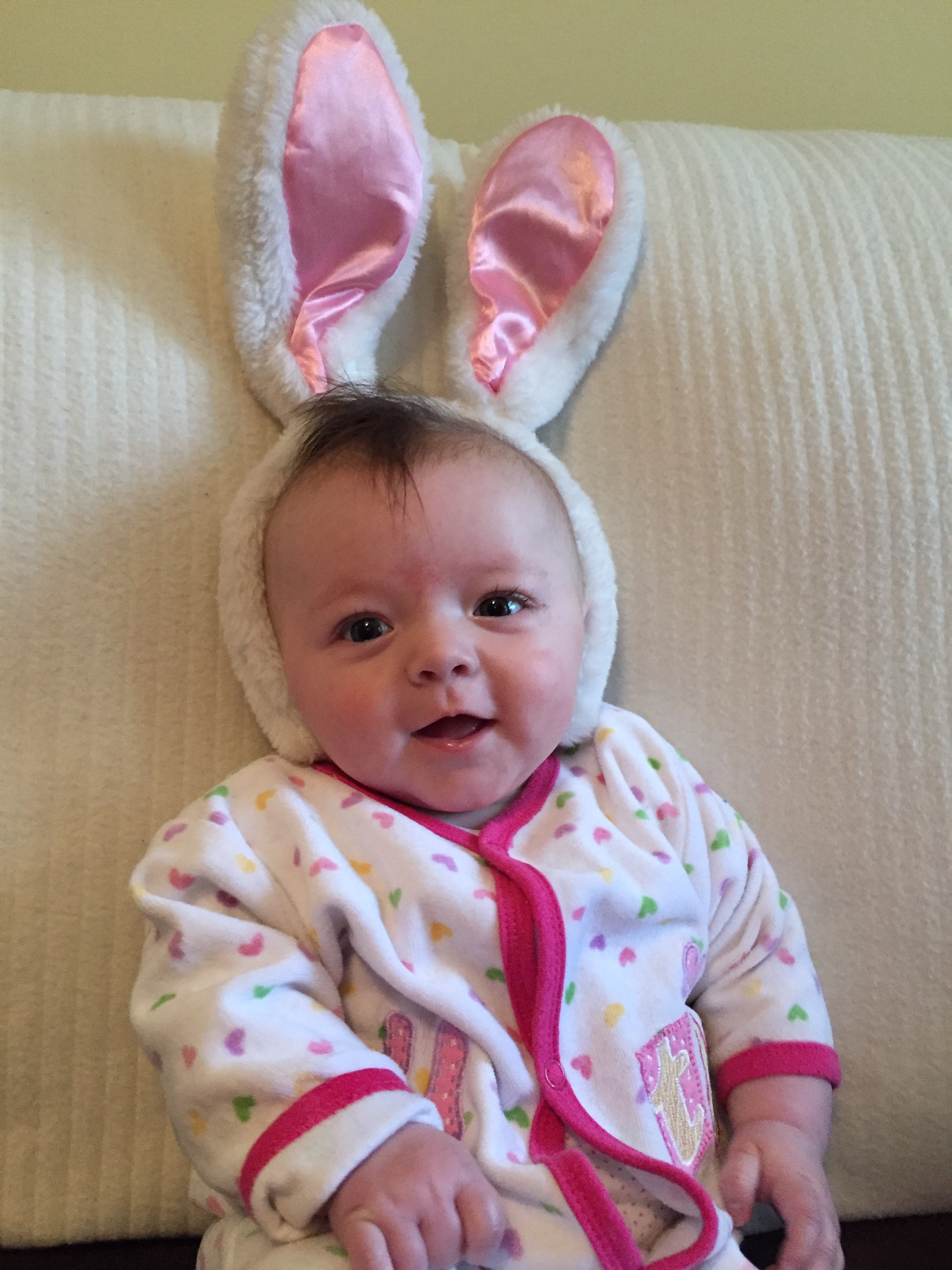 The weather while we were there was hit and miss but we knew Easter Monday was going to be good so my parents came up and spent the day with us at the beach. we had such a lovely day in the sunshine and we lucked out once again as Zanna slept for a good period of time while we were on the beach so Olivia had all the attention she wanted and poor Nannie was in and out of the freezing cold water more times than enough and still never complained about it. She was a good sport that’s for sure and great memories were made. 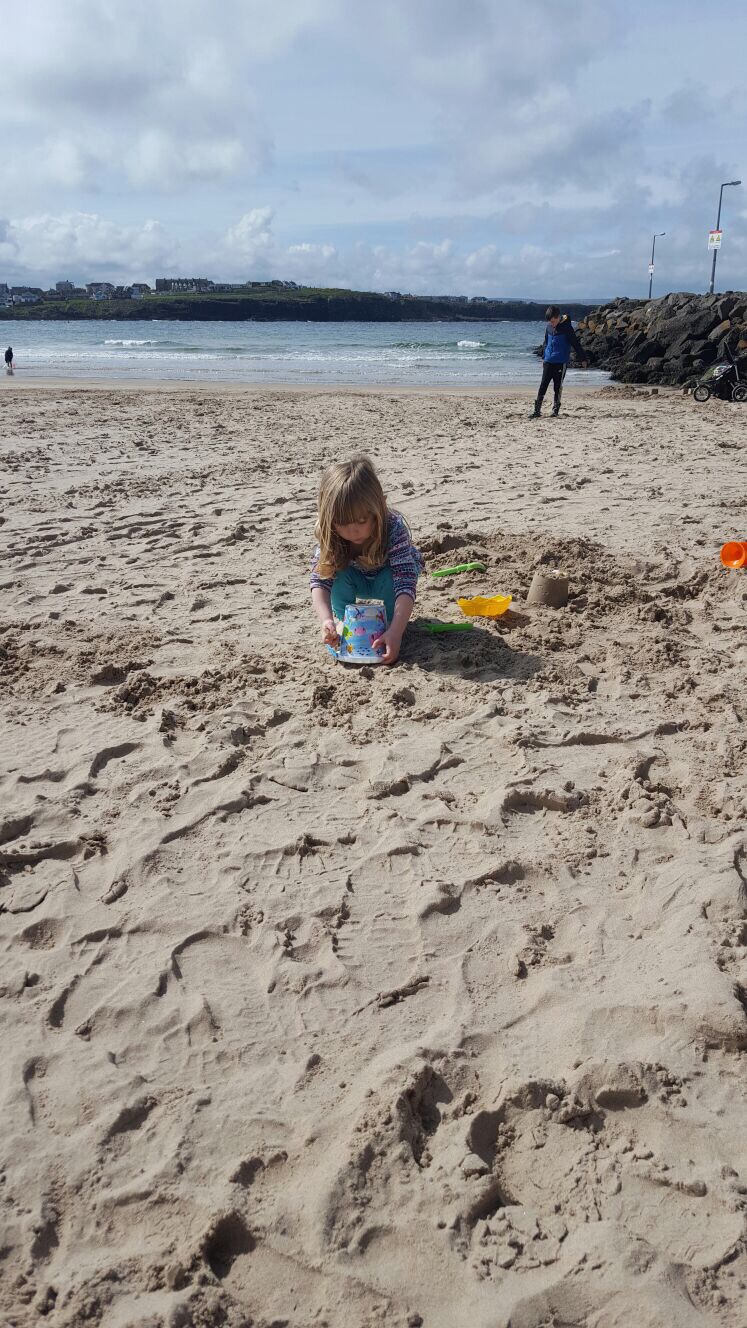 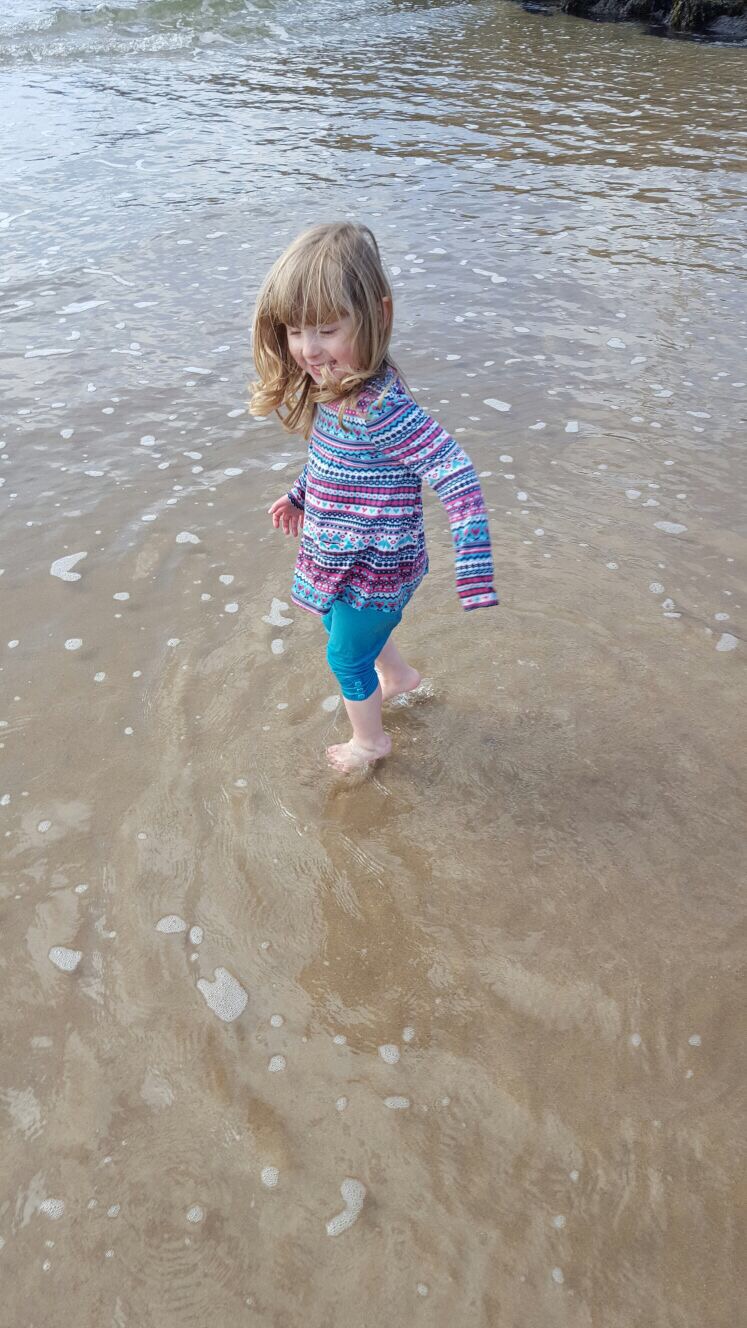 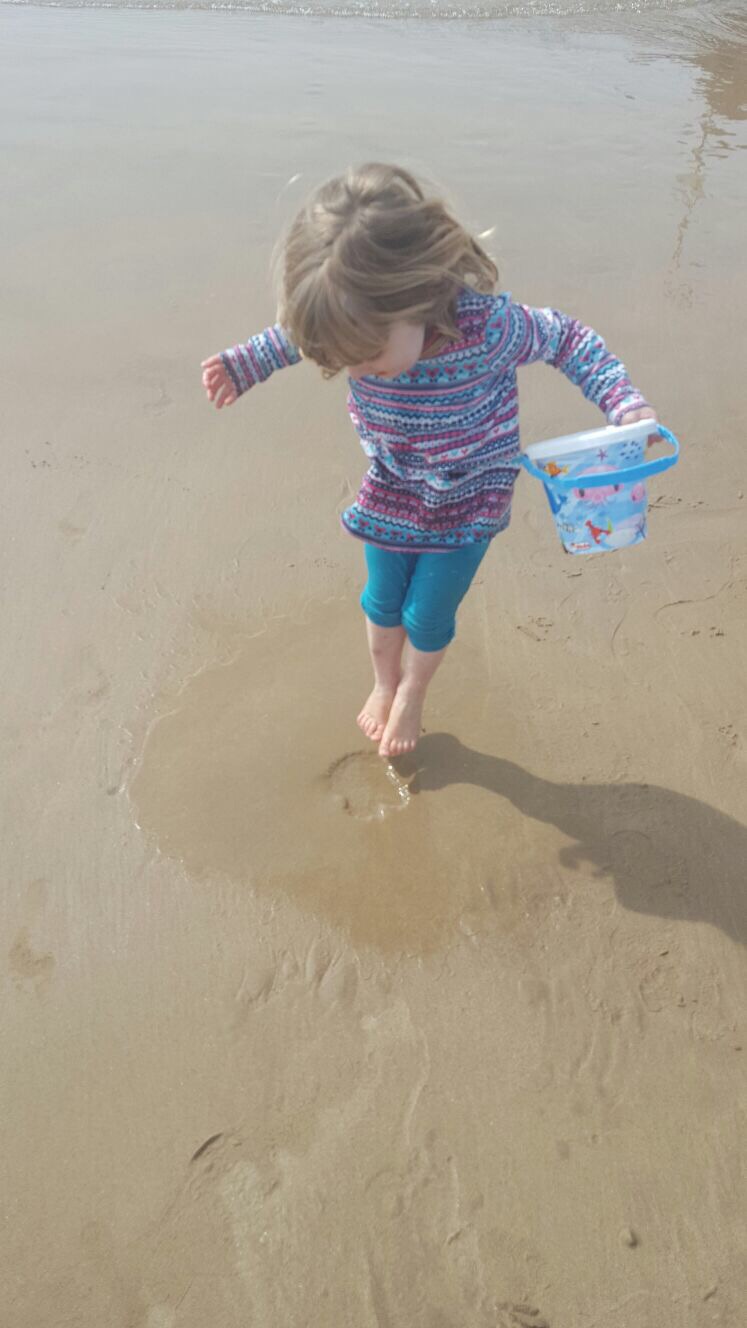 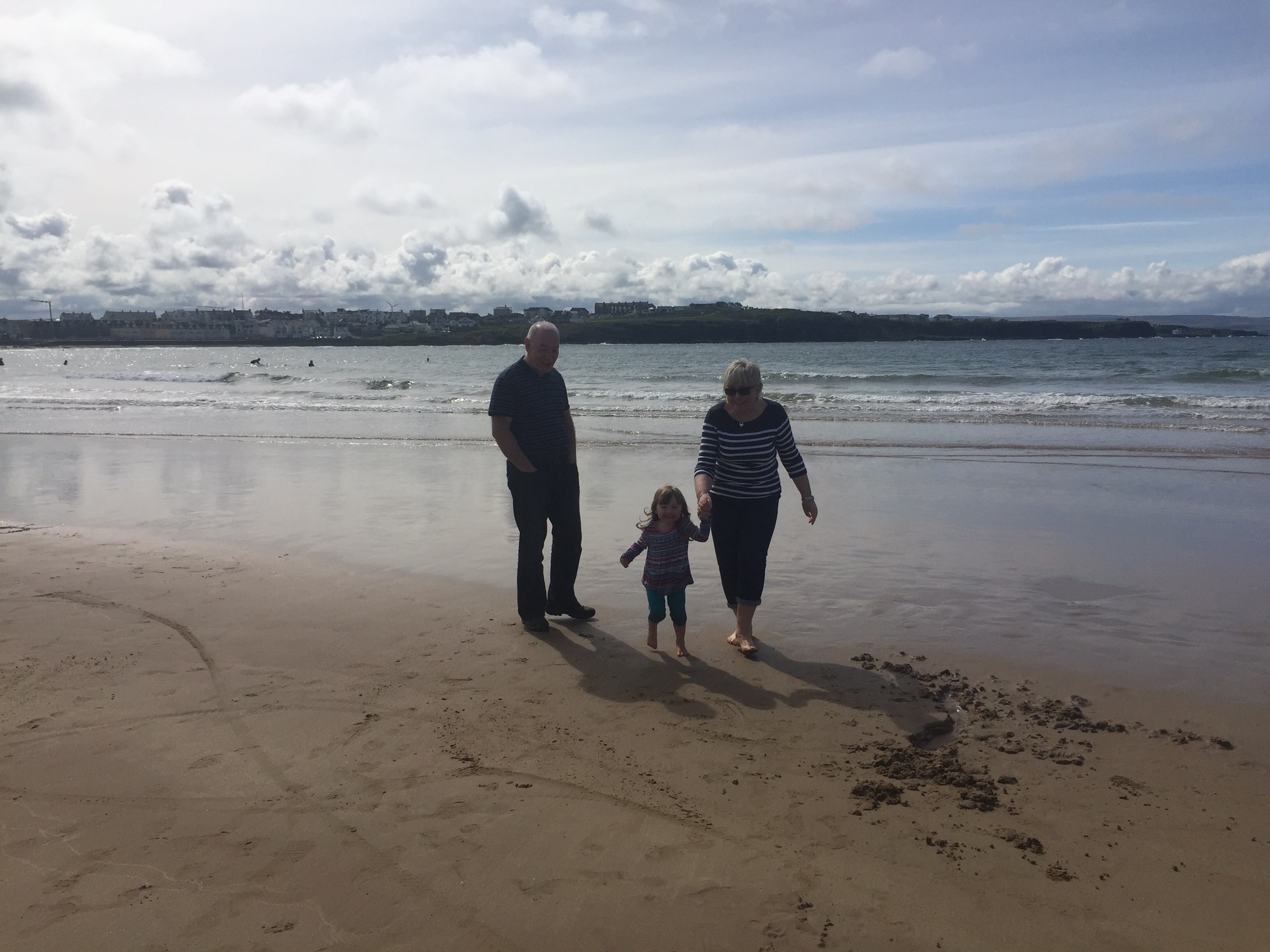 Chris along with two other fellow work colleagues abseiled down Belfast City Hospital for the charity Friends of the Cancer Centre. Olivia, Zanna, myself and other family members went to support him and we had a great afternoon watching him do it. Chris is always cool as a cucumber and nothing really bothers him but I knew that morning he was a bit nervous about it and this was confirmed when he actually arrived at the hospital and seen first hand just how tall is it! The charity is an important one for a lady that works with Chris in supporting her at a really tough time and I have since discovered I also know a wonderful person who lost her dad not to long ago who holds this charity close to her heart so this abseil is really important to champion. So far I believe the abseil has raised over £2000 and the money is still coming in so im very proud of my husband for putting fear aside and keeping the charity in focus. Olivia now tells people she has a very brave daddy who came down the side of the big yellow hospital 🙂 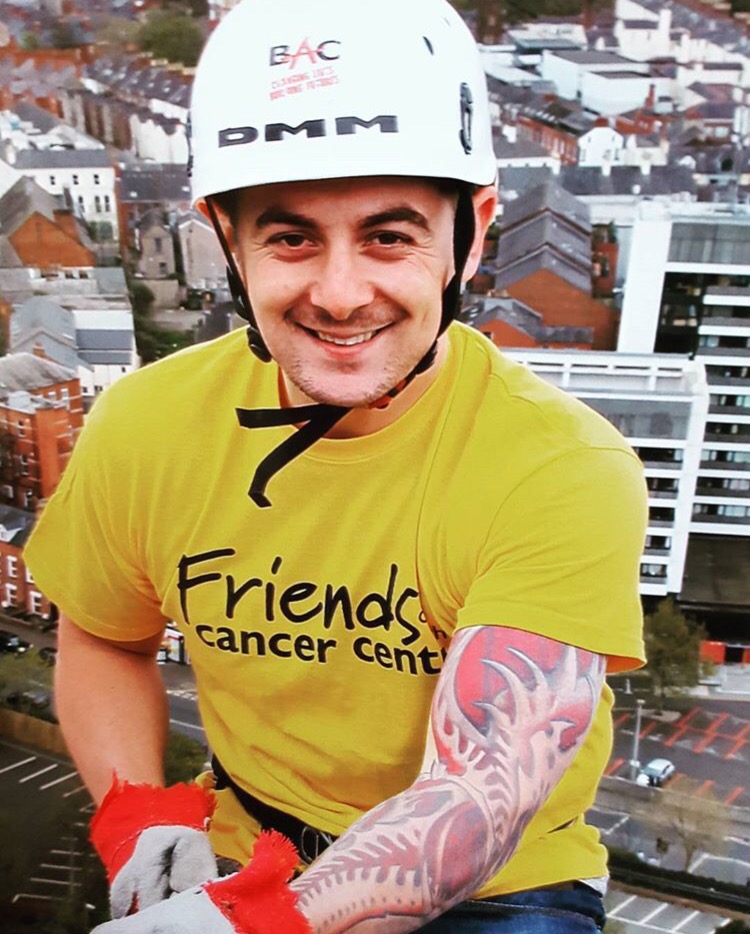 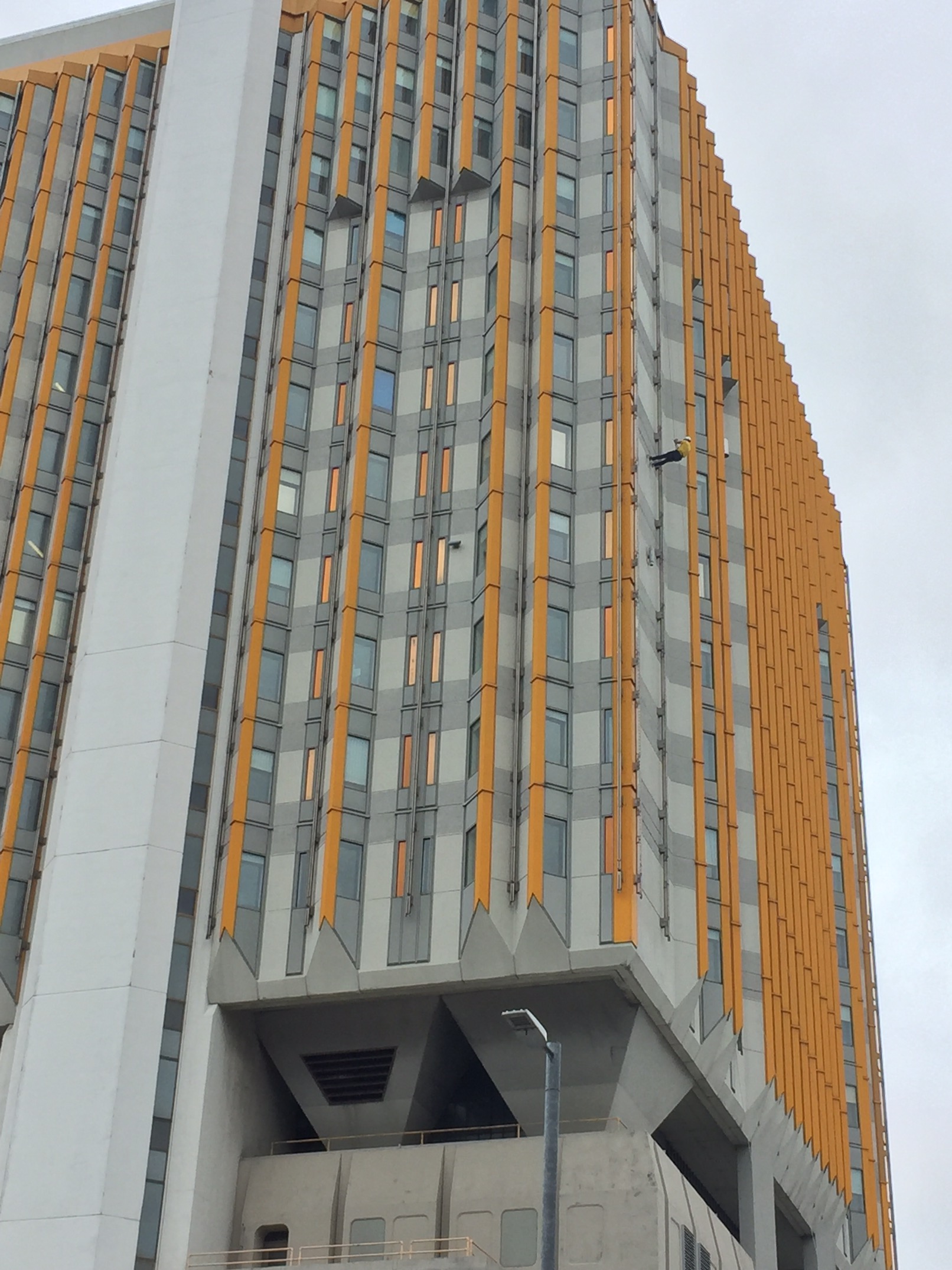 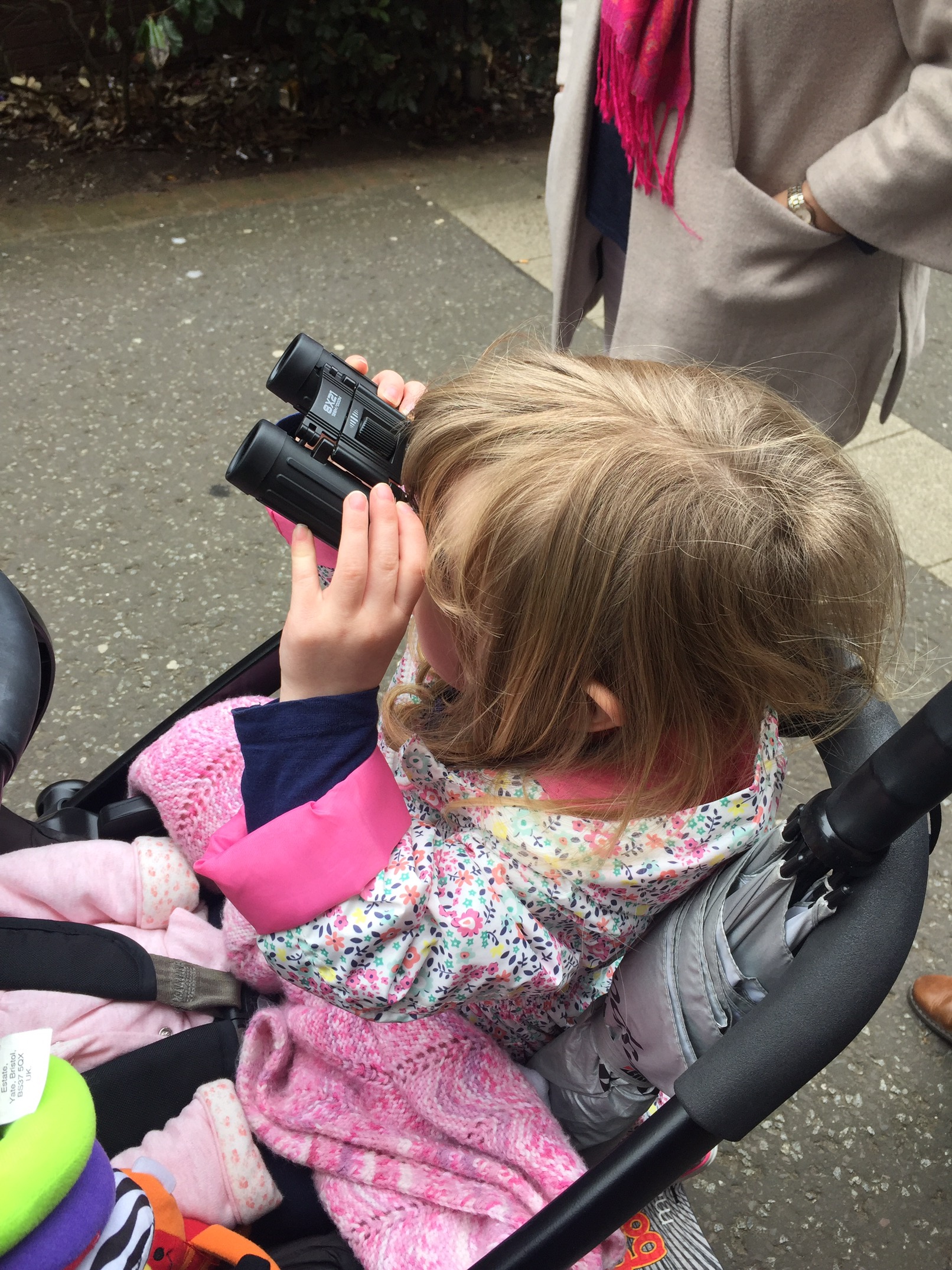 On Sundays we like to go on “adventures”. This is what Olivia says to us when we put her to bed on a Saturday  night; “can we go on an adventure tomorrow?” so we always try to oblige. We don’t live that far from Carlingford really but it is somewhere we haven’t been before. Well we did try to go once before a few months ago but again just like Bushmills we had a toddler travel sickness incident so had to turn and come home. We have since learnt from this and carry spare clothing no matter where we are going just incase!

The drive itself is lovely as the views of the mountains and water is spectacular. The little town of Carlingford doesn’t really boast that much to be honest but there are plenty of places to eat and when we can see the water we are always on the hunt for seafood and that’s exactly what we got. We went to a really quirky pub called PJ O’Hares and had absolutely amazing seafood chowder and just as we were getting ready to leave a group of Americans arrived in ready to sample the Guinness of course. The pub was set on a really picturesque cobbler street so plenty of tourists were taking pictures as souvenirs so I couldn’t miss the opportunity myself. 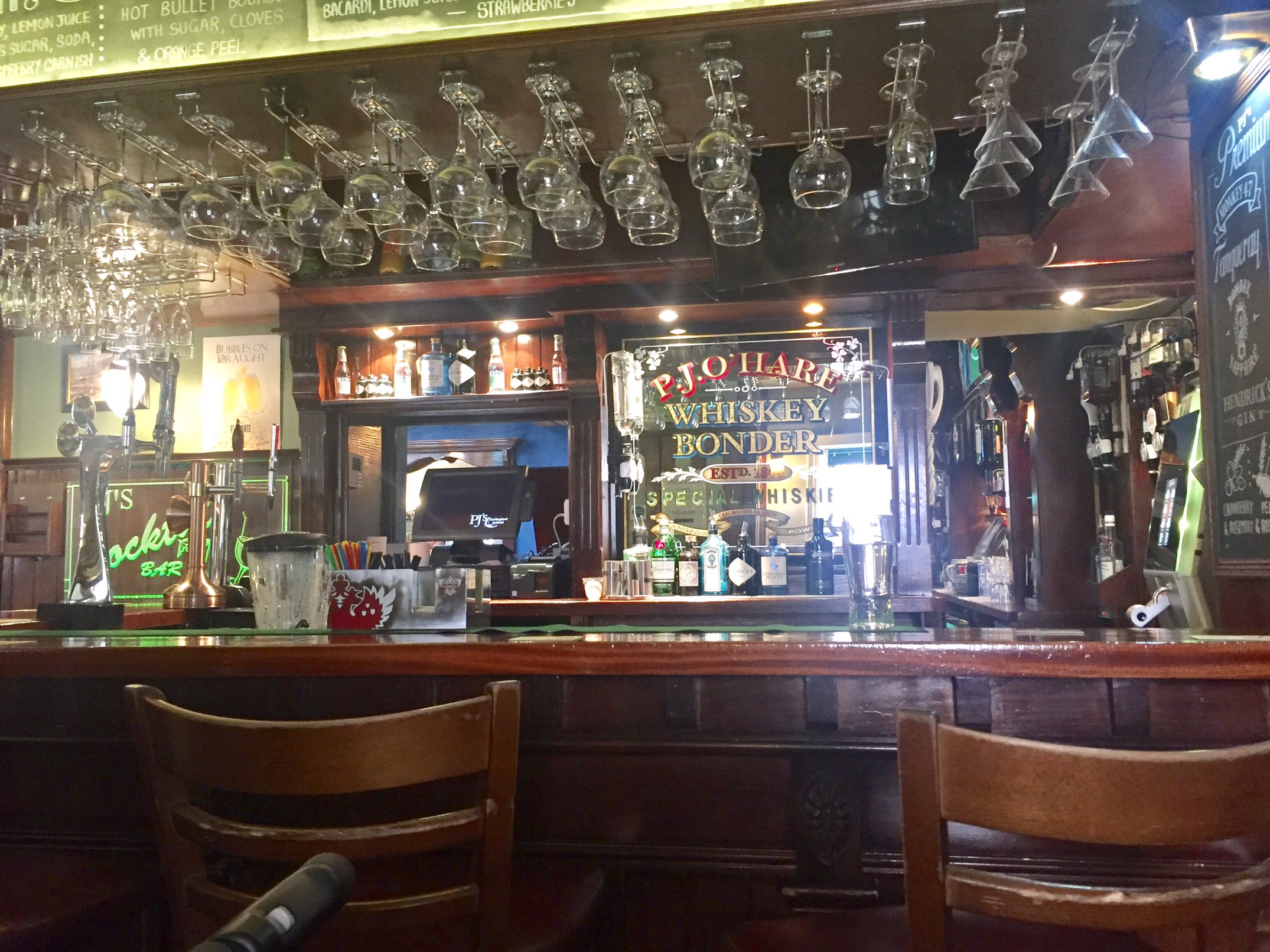 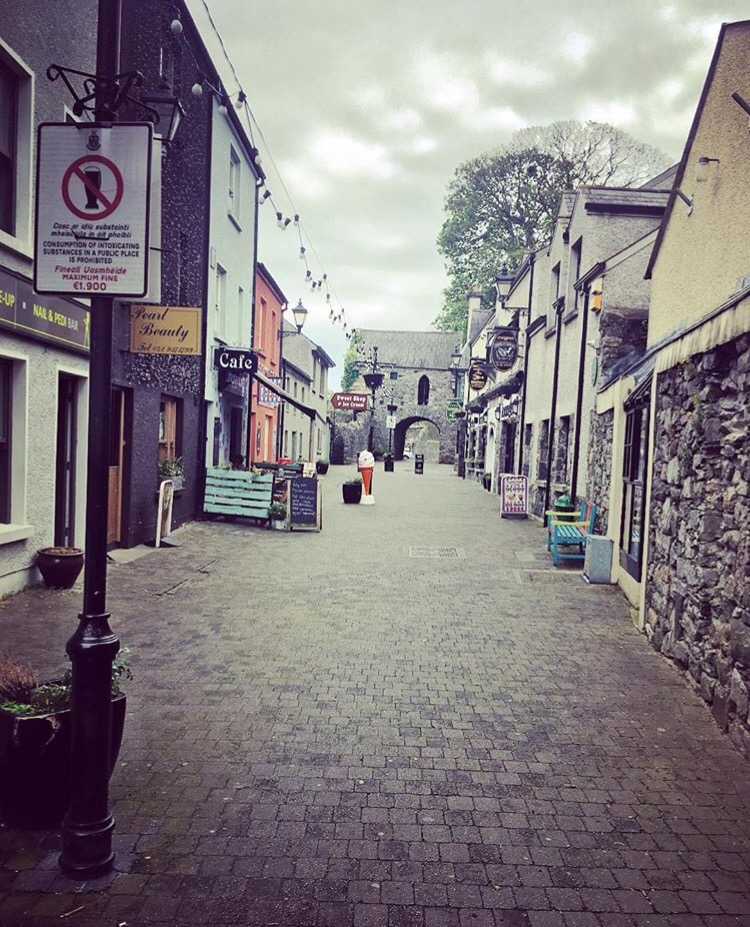 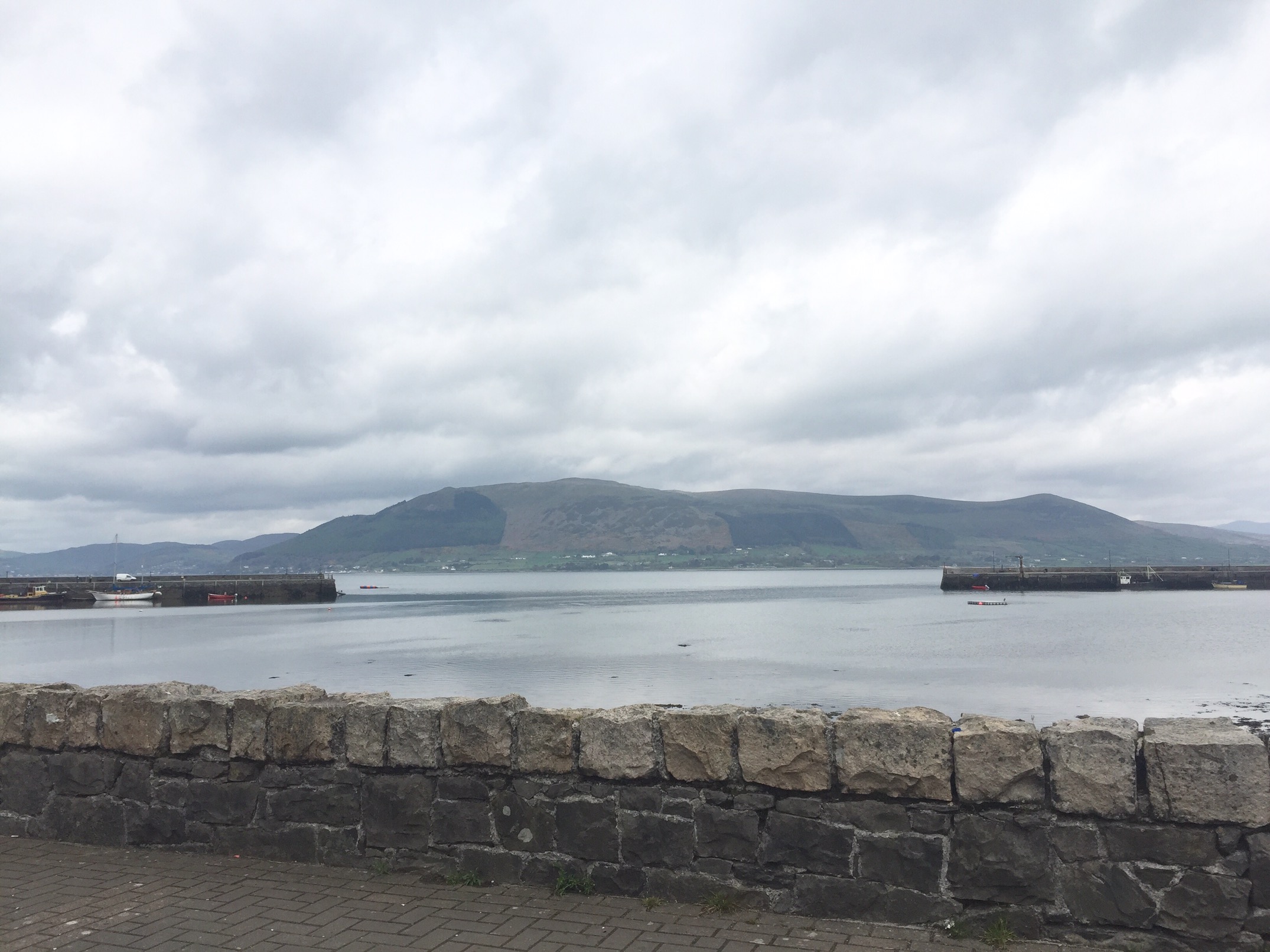 In between all these outings we have been trying to have as many picnics as possible in the good weather even in the back garden. Reinacting scenes from the film “Trolls” so Olivia can dance around in a Poppy costume. Finally getting Zanna to stop the cat napping and sleep in the afternoon for longer than 20 minutes and we have also discovered to my husbands delight that Olivia now loves raving to Scooter; yes the german dance group from back in the day and has actually started to shout song requests whilst in the car….just my luck. All this on top of finding out that Olivia is for the nursery of her choice in September has made for a very eventful month…and yes I did cry when we got the acceptance letter 🙂