Skip to Content
Home family Turning Two at the Zoo

After the events of last year celebrating Olivia’s 1st birthday, Chris and I decided to do something fun this year for her so that just the three of us could celebrate on the day. After going back and forth on ideas we eventually decided to go to Dublin overnight and visit Dublin Zoo on her actual birthday. For anyone who lives here in Northern Ireland/Ireland im sure you can appreciate that the weather can be hit or miss at the best of times let alone an outing in March but we thought lets just go for it and keep our fingers crossed. Thanks fully we weren’t disappointed 🙂

I had done a bit of research prior to going on packages that hotels have for an overnight stay with tickets to the zoo included but these seemed quite pricey for us as Olivia can go for free and it would only be €17 each for us so booking everything separately was better value.

I found a hotel after trailing through Tripadvisor called The Ashling Hotel which was located within walking distance of the Zoo which seemed fairly handy especially with having a toddler in tow and there was a car park right next to the hotel which was €10 for residents parking. It was really easy to find as the roads are pretty much one way and the sat nav in Chris car proved to be extremely reliable 🙂 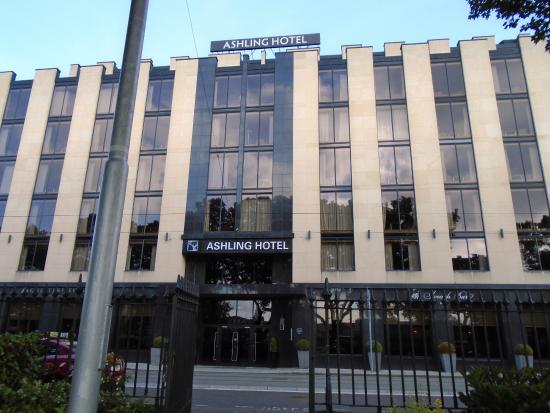 They have specific double rooms which are on the larger size, with no extra cost, to allow for travel cots or cot beds to be used and our room was extremely spacious which suited us down to the ground as Olivia was able to run about and we still had room for all our luggage to fit in. The hotel even provided Olivia with a “princess party pack” consisting of crayons, a colouring in book, puzzles and stickers which kept her amused while we had the obligatory pint of Guinness of course! The only negative to this hotel and is the case with most hotels is that is was quite hot in the room at night so we did have to strip Olivia out of her vest in the middle of the night incase she overheated as we didn’t notice any air conditioning in the room. This certainly wasnt a deal breaker because the Hotel was amazing – absolutely spotless and the staff were really friendly and accommodating.

We had booked bed and breakfast as I had read on TripAdvisor that the breakfast is excellent value. I can confirm this was 100% the case. Chris and I both agreed that we have stayed in many hotels over the years and hadn’t seen such a good breakfast buffet that we could recall in a long time. There was something for everyone..

We did make a sneaky sandwich for Olivia to have for lunch and cut up some fruit for a snack which came in useful later when we went to the Zoo.

We didn’t want to travel too far from the hotel so again I asked the TripAdvisor  world where they would recommend outside of the hotel. There was only one name that kept coming up and that was FX Buckley Steakhouse. It was AMAZING! We booked for 6.30pm…I know we are mad eating that late :):) but with a toddler in tow we were stretching it out and that was pretty late for us!

Eating at this time then allowed us to avail of the early bird menu which was delicious and had a good variety. I went for  the Flat iron steak and it literally melted in my mouth. I would say it was probably one of the best steaks ive ever had and the menu was great value.  They had a good variety on the Kids menu too and Olivia was more than happy with her sausages and potatoes 🙂 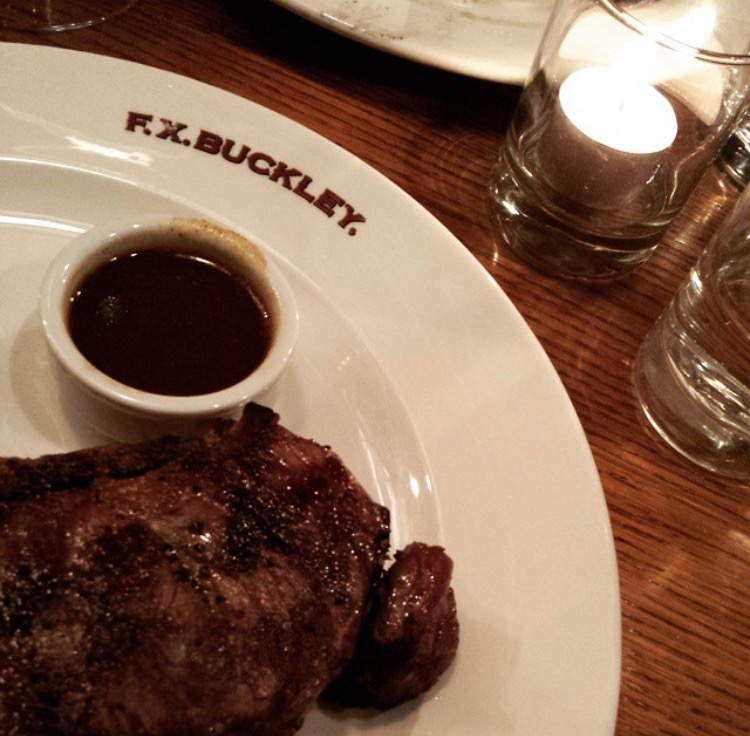 The steakhouse is situated above Ryan’s bar and literally a stone throw away from the hotel.  It was a Monday night so it wasnt busy infact I think there was only 3 other tables there while we were but it does seem like the kind of place that would be super busy at the weekend so booking in advance would be recommended I would imagine. 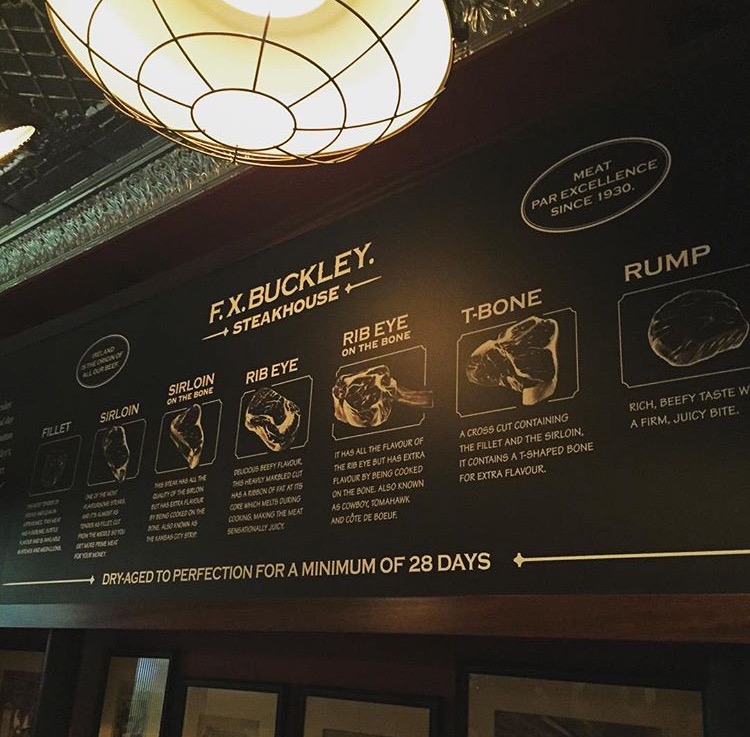 After a short walk of maybe 10-15 mins from our hotel through the beautiful Phoenix Park Gardens we arrived at the zoo just after opening time.  It had been raining overnight and the clouds looked a bit grey so we just kept our fingers crossed that we could make it round and see all the animals without the rain putting in an appearance. I was able to preorder and print the tickets online which are then valid for 45 days from the actual day of purchase. This didn’t save a lot of time for us in March but I would imagine it would be a godsend in the summer months/weekends when it would be busy.

We were only in through the gate when Olivia decided she wanted to walk (well run) instead of being stuck in the pram so we just let her go for it and her little legs nearly walked the entire park. We did have an ulterior motive in that she would then sleep the whole way home in the car (she did) and sleep all night as she would be exhausted (she did) win win! 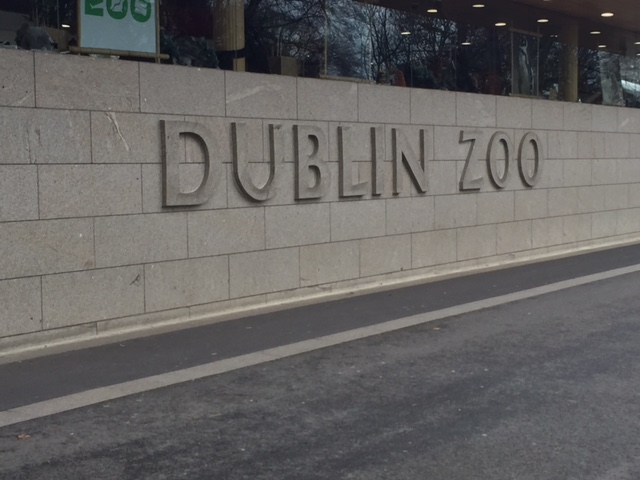 We managed to get around the entire Zoo in a couple of hours but I think had the weather been better we could have stayed the whole day. There were numerous play parks on the way around in the different zones but unfortunately these were in sand which was saturated from the rain overnight so Olivia couldn’t really make use of them much to her disappointment. Having said that the animals more than made up for this as we got to see everything up close was very exciting..here are some snaps from our visit 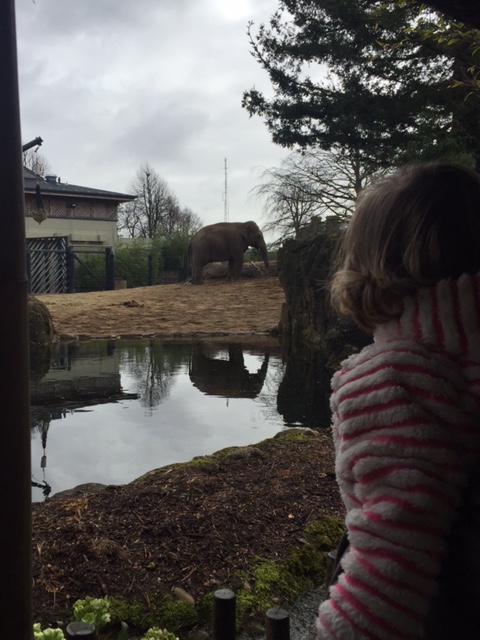 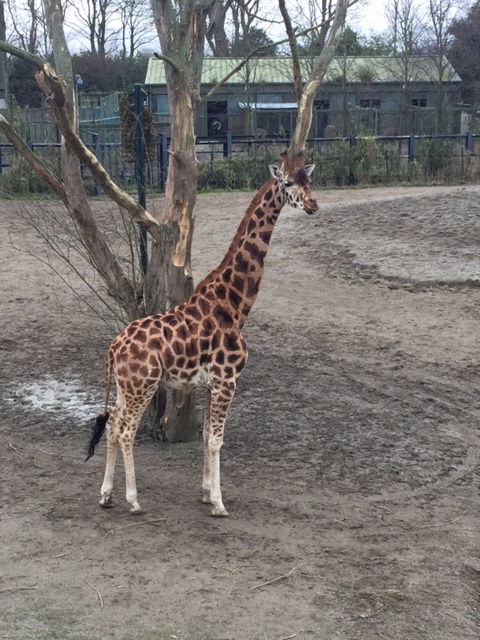 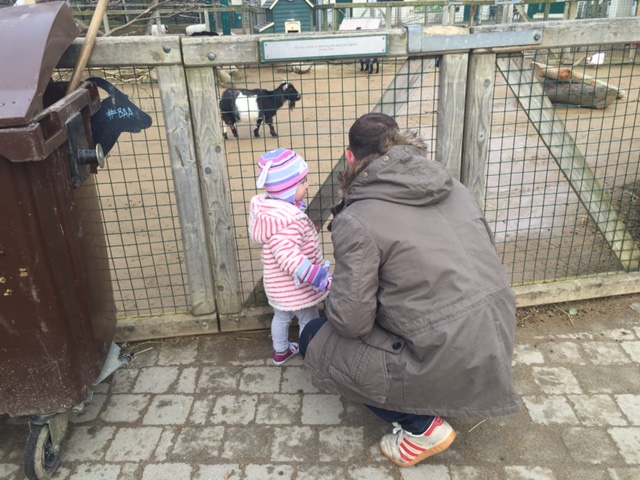 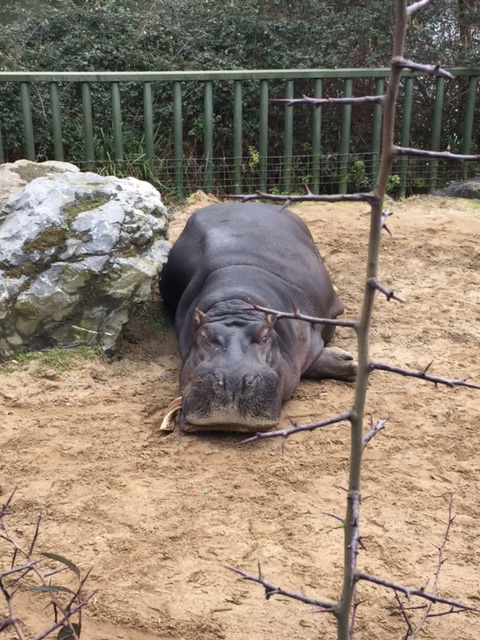 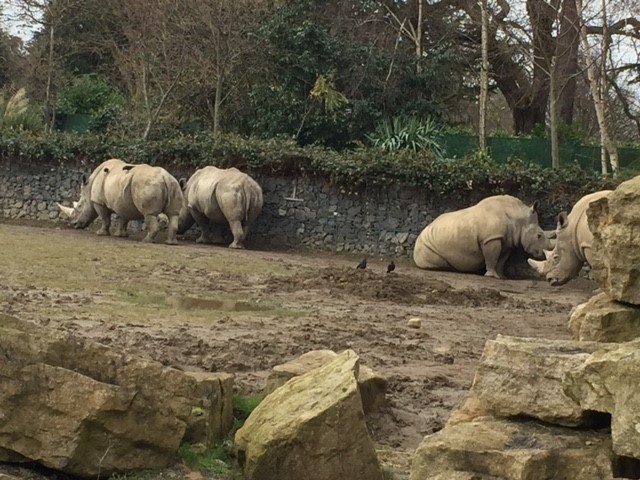 Olivia really enjoyed seeing the giraffes, zebras, monkeys and the elephants in real life and enjoyed recreating all their animal noises at them bless her. I think her favourite was the penguins maybe.. 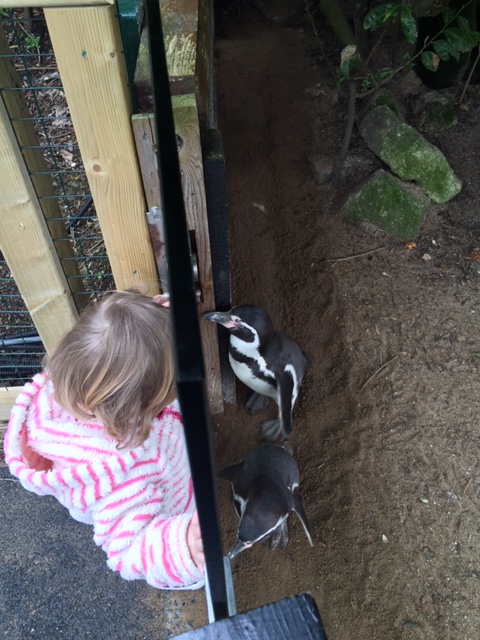 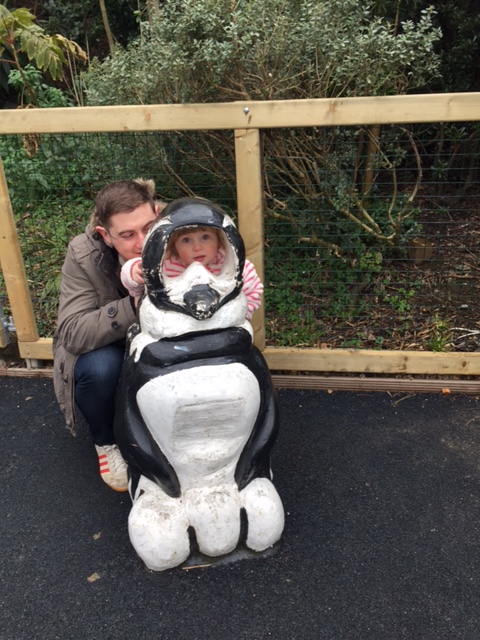 We had such a good time and would definitely make another trip down to not only the Zoo but both the Hotel and the Steakhouse again…. maybe next summer when we could dine out passed 6.30pm!!